13 high school graduates received scholarships from the Polk County Police Chiefs Charitable Foundation in honor of the late Auburndale Police Chief, Nolan McLeod. McLeod, who died of stomach cancer in 2012, told family and friends his dying wish was to help the children of law enforcement officials in Polk County.

The ceremony was held at the Bartow Civic Center during the monthly Polk County Police Chiefs Association’s meeting. The scholarships are funded solely through private donations and fund raisers held through the year. One of the major events is an annual clay shoot that takes place at Catfish Creek in Haines City. This year, the clay shoot event was so successful the scholarships awarded increased from $16,000 to $23,500.

“Nolan was a believer in education, and he wanted to see more opportunities for children of law enforcement officers,” said Nancy McLeod, McLeod’s wife who also attended the ceremony along with sons Joel and Chad.

Lake Wales Police Chief Chris Velasquez, president of the Polk County Police Chiefs Charitable Foundation, said it was an honor for the foundation to award the scholarships.

“One of Chief McLeod’s last requests was to create a scholarship fund for students,” he said. “We are pleased to once again have the opportunity to award these scholarships and invest in the children of our fellow officers.” 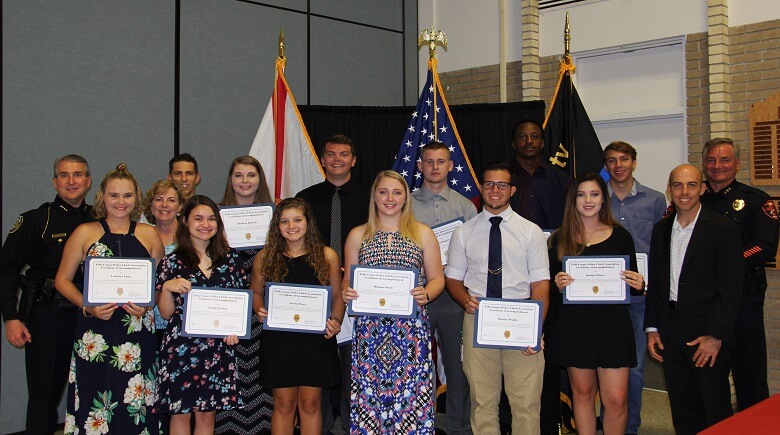