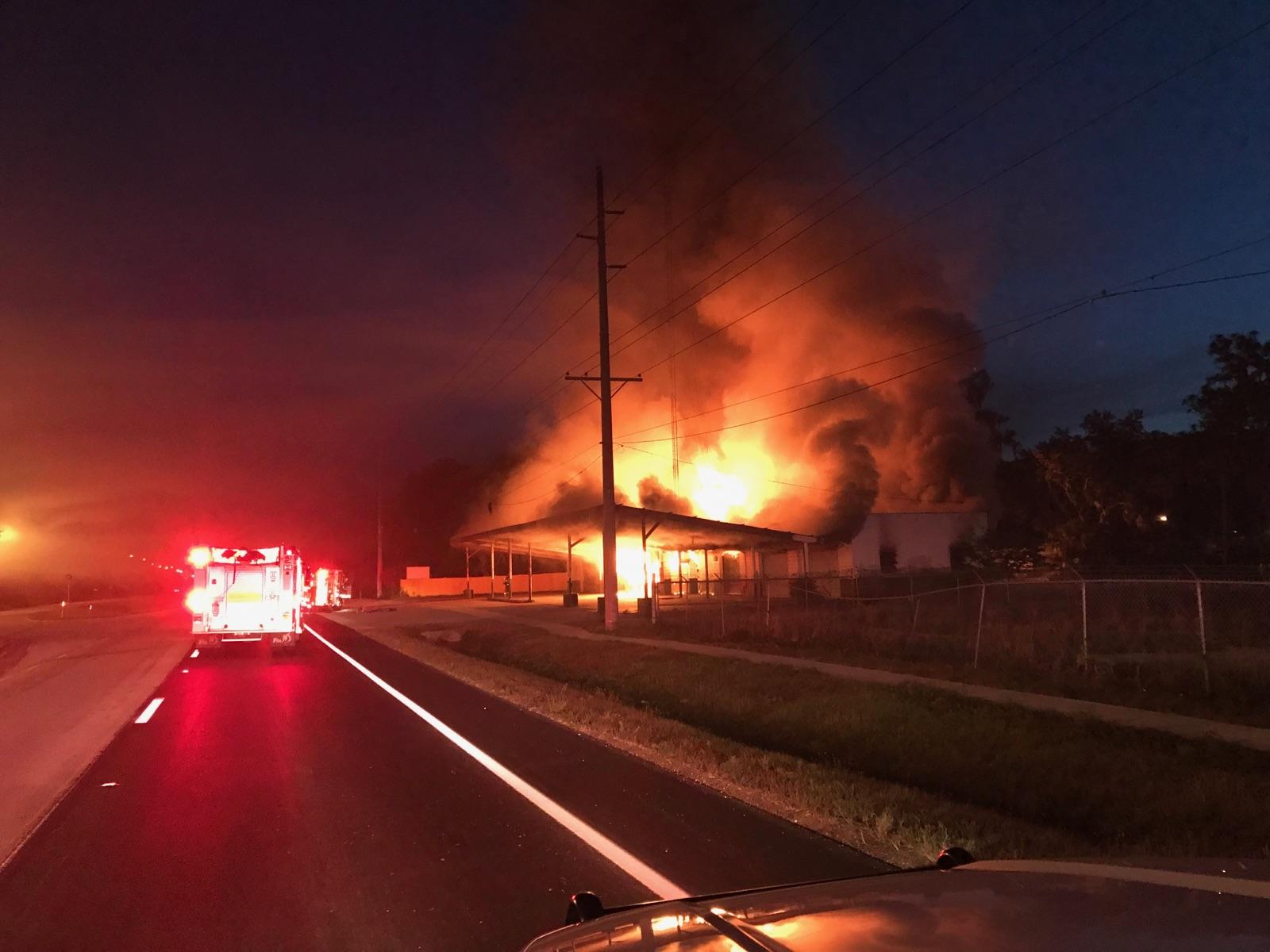 Mulberry, Florida – Polk County Fire Rescue responded to a structure fire in Mulberry this morning. The building at 3845 SR 60 is believed to be an abandoned vehicle repair shop. Chemicals inside the building caused additional explosions at the site, raising this to a two-alarm fire. Units on site included three battalion chiefs, Engines 711,481,721 and 751, an air truck. Medic rescue units 721 and 481 were also on scene.

No one was believed to be inside the building at the time of the fire. The fire marshal will investigate to determine the cause of the fire.