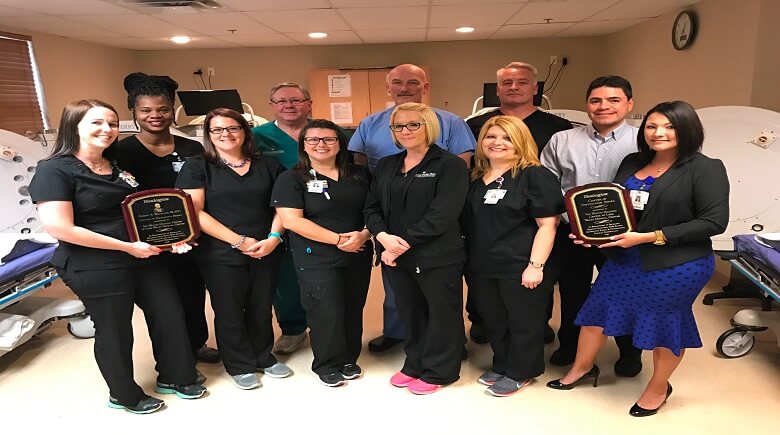 The Center of Distinction award recognizes outstanding clinical outcomes for twelve consecutive months, including patient satisfaction higher than 92 percent, and a minimum wound healing rate of at least 91 percent within 30 median days to heal.

The Robert A. Warriner III, M.D., Center of Excellence award recognizes the Wound Healing Center meeting benchmarks including patient satisfaction rates higher than 92 percent and a healing rate of at least 91 percent in less than 30 median days, among other quality standards for a minimum of two consecutive years.  The award is named for Dr. Robert A. Warriner III, a pioneer in wound care and the former Chief Medical Officer for Healogics.

“We are proud to be able to offer such a vital service to the people of our community, and to be able to offer it with such a high level of excellence,” said hospital CEO Rebecca Brewer. “Our staff and physicians take great care of their patients, who often tell us that they feel like family when they go to the Wound Healing Center. We’re happy to be able to make such a positive impact on their lives. ”