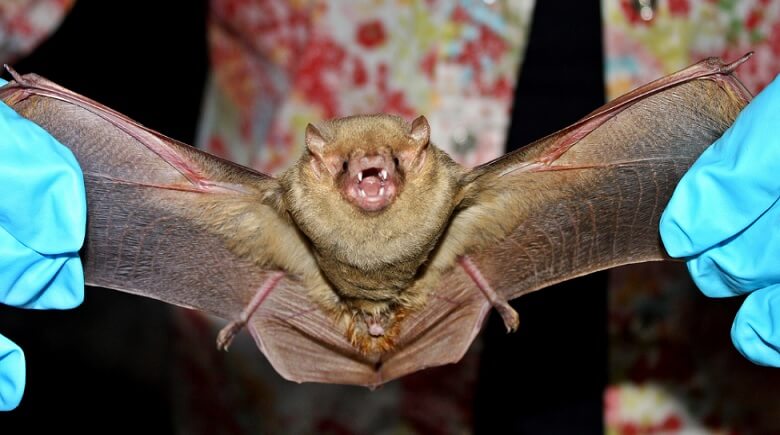 Florida’s four-month bat maternity season starts April 16 and lasts through Aug. 14. The Florida Fish and Wildlife Conservation Commission (FWC) is reminding the public that they cannot do exclusions to remove bats from buildings during this time when bats are giving birth and raising their young.
Florida is home to 13 species of native bats, including rare and threatened species. Many bats roost in natural sites such as trees with cavities and peeling bark. However, homeowners and building managers who need to exclude bats roosting in houses or other structures can do so as long as it is not done during maternity season.
In south Florida, additional precautions are needed to ensure Florida bonneted bats, an endangered species, are not roosting in a structure because they may give birth to pups outside of the April 16 to Aug. 14 bat maternity season.
The FWC provides guidelines on how to safely and effectively exclude bats without harming them or people. Go to MyFWC.com/Bats for more information.
“Maternity season begins in mid-April when groups of bats gather to give birth and raise young, and continues through mid-August when young bats are able to fly and feed themselves,” said Melissa Tucker of the FWC’s Species Conservation Planning Section. “Bats are beneficial to Florida, since they consume many insects, including pests that can significantly damage agricultural crops.”
FWC staff are working to learn more about Florida’s bats, including the Florida bonneted bat. Biologists are collaborating with University of Florida researchers on a study of a bonneted bat population on the FWC’s Fred C. Babcock-Cecil M. Webb Wildlife Management Area. FWC staff also are working with the Florida Forest Service to conserve bats at the FWC’s new Withlacoochee Caves Critical Wildlife Area.
There are several ways that Florida residents and visitors can help bats:
You also can watch a video to learn more about conducting a bat exclusion: How to Get Bats out of a Building. More bat exclusion information can be found at Batcon.org.
Get to know more about Florida bats by going to MyFWC.com/Bats. Contact your closest FWC regional office to speak with a regional wildlife assistance biologist if you have questions about bats in buildings.
This year, the FWC is celebrating the 75th anniversary of Florida’s Wildlife Management Areas, which conserve bats and many other wildlife species. Go to MyFWC.com/WMA 75 to find out about WMAs near you and special events and activities during 2017.
April 12, 2017