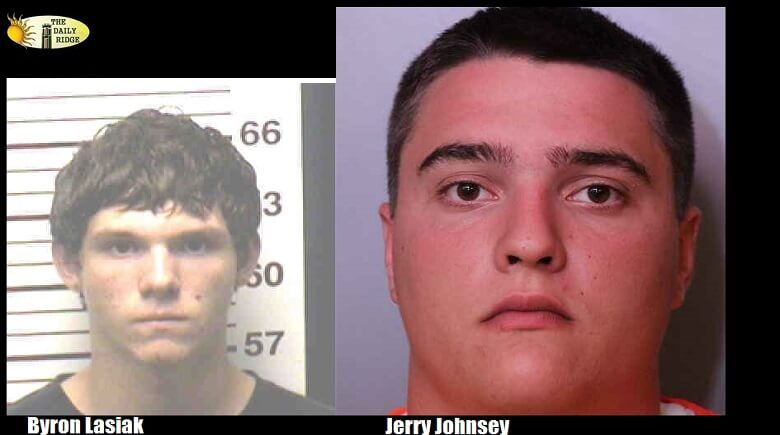 Winter Haven, Florida – An 18-year-old and a 16-year-old have been charged for murdering 67-year-old Donald Merkley, who was found deceased in a January 11, 2017 fire at his home located at 3353 Timberline Road, West, Winter Haven. The State Fire Marshal’s Office initially determined the fire was accidental and likely caused by a small electric heater pending further investigation. Subsequent investigation and interviews with the suspects has determined that Merkley was choked and struck on the head with a baseball bat, and that the house was set on fire to cover up the murder.

18-year-old Jerry Johnsey (412 Diamond Ridge Drive, Auburndale) was charged with 1st Degree Murder, Conspiracy to commit robbery, robbery with a weapon, Tampering with evidence, and Arson. Jonsey was booked into the Polk County jail early this morning and is being held on no bond.

16-year-old Byron Lasiak (4210 Shadow Wood Drive Winter Haven) was charged with 1st Degree Murder, Conspiracy to commit robbery, and robbery with a weapon. Lasiak was booked into the Juvenile Assessment Center and is being held in the Juvenile Detention facility in Bartow.