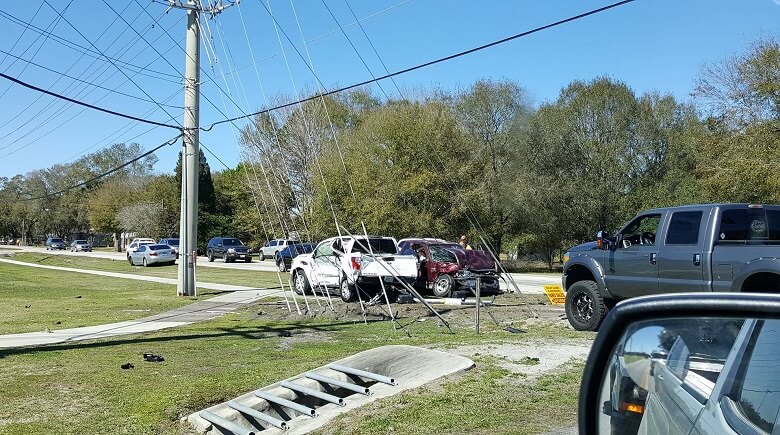 Polk County Sheriff’s Office traffic homicide deputies are investigating a crash that occurred at approximately 12:05 p.m. this afternoon at Duff Road and Green Road. The intersection was completely shut down and is now open.

Mr. Cairnes died from his injuries. Higgins, Hendrix, and Davis have been transported to LRHMCthey are all in serious condition.

Peter Higgins has a serious, extensive criminal history that includes 28 felony charges, 21 misdemeanor charges, 11 unknown level charges, and 1 failure to appear in court. He has been incarcerated in Florida State Prison five times. Deputies have learned that Higgins admitted to a witness after the crash that he had taken methamphetamine this morning.

The crash investigation is continuing with criminal traffic and other charges likely against Higgins.

“Higgins is a lawless thug. If anyone needs any evidence of the destruction that results from so-called nonviolent drug use, this is it. Methamphetamine and other drugs destroy people, families, and communities. And it often hurts innocent people who have nothing to do with the drug. Our hearts and prayers go out to Mr. Cairnes and his family and to Mr. Davis and his family. We will do everything we can to hold Higgins accountable for this tragedy.” Grady Judd, Sheriff