This Day in History: Golden Gate Bridge is Born 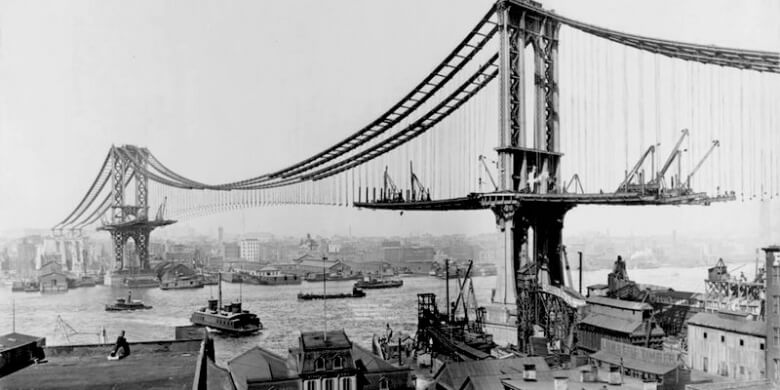 This Day in History – January 5, 1933 – Golden Gate Bridge is Born – It was built to span across the San Francisco Bay. DailyRidge.Com News

On January 5, 1933, construction begins on the Golden Gate Bridge, as workers began excavating 3.25 million cubic feet of dirt for the structure’s huge anchorages.Following the Gold Rush boom that began in 1849, speculators realized the land north of San Francisco Bay would increase in value in direct proportion to its accessibility to the city. Soon, a plan was hatched to build a bridge that would span the Golden Gate, a narrow, 400-foot deep strait that serves as the mouth of the San Francisco Bay, connecting the San Francisco Peninsula with the southern end of Marin County.Although the idea went back as far as 1869, the proposal took root in 1916. A former engineering student, James Wilkins, working as a journalist with the San Francisco Bulletin, called for a suspension bridge with a center span of 3,000 feet, nearly twice the length of any in existence. Wilkins’ idea was estimated to cost an astounding $100 million. So, San Francisco’s city engineer, Michael M. O’Shaughnessy (he’s also credited with coming up with the name Golden Gate Bridge), began asking bridge engineers whether they could do it for less.Engineer and poet Joseph Strauss, a 5-foot tall Cincinnati-born Chicagoan, said he could.

Eventually, O’Shaughnessy and Strauss concluded they could build a pure suspension bridge within a practical range of $25-30 million with a main span at least 4,000 feet. The construction plan still faced opposition, including litigation, from many sources. By the time most of the obstacles were cleared, the Great Depression of 1929 had begun, limiting financing options, so officials convinced voters to support $35 million in bonded indebtedness, citing the jobs that would be created for the project. However, the bonds couldn’t be sold until 1932, when San-Francisco based Bank of America agreed to buy the entire project in order to help the local economy.

The Golden Gate Bridge officially opened on May 27, 1937, the longest bridge span in the world at the time. The first public crossing had taken place the day before, when 200,000 people walked, ran and even roller skated over the new bridge.

With its tall towers and famous red paint job, the bridge quickly became a famous American landmark, and a symbol of San Francisco. 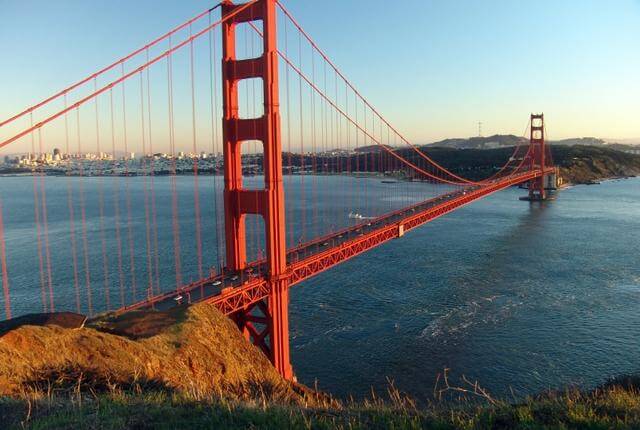