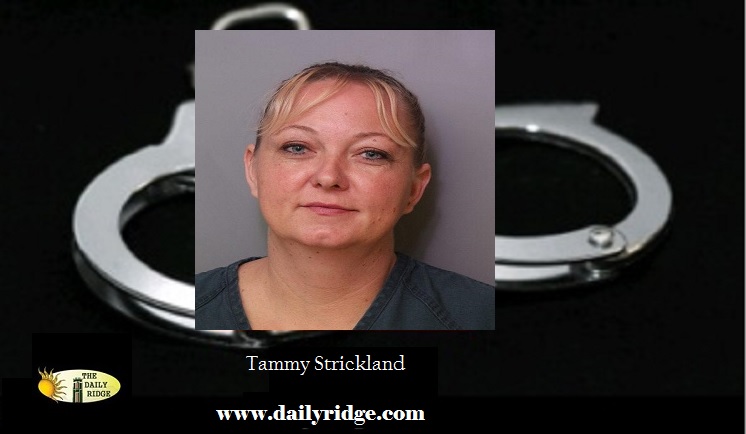 Polk County Sheriff’s Office detectives have added more charges to Ms. Tammy Strickland, the “Grinch” who filled out fraudulent applications for non-existent children to receive toys from “Toys For Tots.”

As a reference, below is the previously sent news release (Tuesday, December 20th):

“Children in need. Toys for Tots.’ These things are synonymous with Christmas.  And sadly, in this case, so is the Grinch.  Tammy Strickland spent a long time filling out fraudulent applications for non-existent children to receive toys.  And when she arrived at the Toys for Tots’ warehouse to collect those toys, this Grinch was arrested.  Now she’ll be spending a lot of time in jail.”

On November 16, 2016, the Polk County Sheriff’s Office received information regarding Strickland indicating she had kept toys from “Toys for Tots” intended for children in need in the Eagle Lake area.  Strickland is a former volunteer for the widely known charitable origination.

Detectives began investigating Strickland’s association with “Toys for Tots” and learned Strickland submitted a large number of applications requesting assistance from the organization on behalf of dozens of children.

Acting in an undercover capacity, detectives arranged to meet Strickland at the “Toys for Tots'” warehouse on Monday in order for her “to collect the donations for the children on the applications.”  Strickland arrived at the warehouse shortly after 10:00 am, and with the help of several family members accompanying her, Strickland loaded the toys on a utility trailer.  She was taken into custody, arrested, and transported to the Polk County jail without incident.  Strickland’s vehicle, a 2005 Cadillac Escalade was seized.

Detectives served a search warrant as Strickland’s home and found 118 unwrapped toys still in their packaging. A witness in the home said the toys were from “Toys For Tots.” Detectives determined that Strickland submitted “Toys for Tots” applications during 2015 as well.  Those applications are currently under review for authenticationseveral have already been determined by detectives to have been fictitious. The investigation is ongoing & other charges are possible.