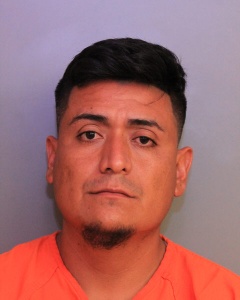 Haines City, Florida – According to a Polk County Sheriff’s Office arrest affidavit On October 26, 2016 deputies arrested Jose Hernandez Cati for Aggravated Stalking Follow/Harass/Cyber-Inj/Death & Attempted 1st Degree Murder. According to reports Jose Hernandez Cati allegedly began stalking vitim, Leoncio Gonzalez-Herandez, on 10/10/2016. The victim alleges that he began receiving text messages from who he thought was Mireya Soto, a girl he had been talking to. The victim stated he realized the text messages were not being sent by Mireya Soto, but were being sent to him by her husband, Cati. The victim stated he went to Soto and Cati’s residence, N. 30th St. Haines City, to talk to Cati. When the victim arrived he was allegedly approached by Cati with a firearm. The victim allegedly became scared and fled on foot. Cati allegedly began to chase him allegedly firing multiple shot’s at the victim. One particular shot allegedly ricocheted on the ground next to him. The victim successfully fled the scene.

The victim went on to explain that allegedly two times he observed the suspect following him. The victim stated he was in fear for his life and the safety of his family.