Frostproof Teen Stabbed Multiple Times By His Uncle Over Beer 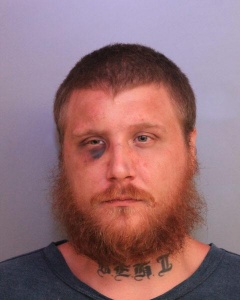 Frostproof, Florida – On 08/23/2016 the Polk County Sheriff’s Office was called to a home on Lake St. in Frostproof regarding an assault. According to reports the victim, Taylor Hartsburg 18, provided money to his uncle, Bryan Hartsburg 29 (the suspect), to purchase beer for the two of them to consume. The suspect purchased the beer and allegedly provided the beer to the victim, knowing he is not of the legal age to possess or consume any alcoholic beverage. The suspect and victim began consuming alcohol at approximately 4pm.

The victim exited the bedroom, at which time he and the suspect continued in their physical altercation down the hallway and into the living room. The physical altercation then proceeded back into the back bedroom and the suspect would not cease his attack on the victim. The witness stated they were calling 9-1-1, to which the suspect stated they did not need to call the cops, he was joking, and the victim would be ok. When the witness reiterated that they were calling for help because they feared the victim was going to bleed to death, the suspect stated they were not calling the cops, at which time the suspect allegedly ripped the home telephone cords out of the wall. The suspect’s actions prevented the communication to a law enforcement officer in reference to the commission of a crime. The suspect also took possession of the witness’s cell phone, which they share, in an attempt to prevent them from contacting law enforcement.

The victim began yelling that he had been stabbed and there was a large amount of blood coming from the back on the victims head. The victim exited the residence and began running to the neighbor’s houses to request they call 9-1-1. The first two residences the victim went to were vacant. Upon contact at the third residence the victim was able to ask that someone call 9-1-1 because he needed help.

On 8/24/2016, at approximately 1245 a.m. A deputy was traveling South on Alt 27 towards Frostproof.  About a mile North of the city a white male ran out of the Orange groves and flagged down the deputy. The suspect advised the deputy he was the man they were searching for and he was just tired of running.