Bartow 19 Yr. Old Arrested After Having Sex With 14 Yr. Old 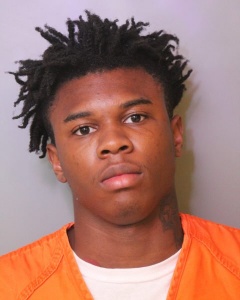 Frostproof, Florida – According to Polk County Sheriff’s Office documents John Liddell 19 (of Fairview Ave. in Bartow) was arrested this past week and charged with Lewd Battery. According to the arrest affidavit Liddell allegedly met what he thought was a 16 year old girl on a popular social media app Snap Chat. The two conversed for two -three weeks and agreed to meet on August 9, 2016 around 9:30pm at the girls home. According to the affidavit Liddell met the young girl and the two eventually had consensual sex. About an hour later the girls father came home and Liddell ran out the back and jumped a fence to his car which was parked in the grove. In a post Miranda statement, Liddell allegedly admitted to having sex with the girl. He allegedly realized once he met her that she might be even younger than 16 years old which he originally thought. Liddell was arrested on August 11, 2016 and was released on Surety Bond pending court on September 13th.