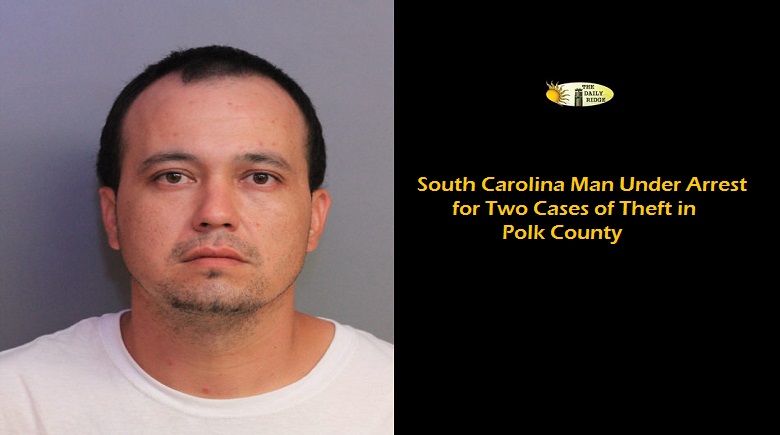 A South Carolina man is under arrest for two cases of grand theft in Polk County and two three warrants from South Carolina on Grand Larceny charges.
On 8-10-16, 31 year-old Herbert Nobel Williams III (DOB 1-31-85, 3647 Taxahaw Rd. Lancaster SC) was taken into custody after he was seen not once but twice on video reaching behind counters at cell phone stores and swiping high-dollar phones.

On 8-6-16, Williams entered the Mobile Mart located at 1140 6th St NW in Winter Haven asking about selling some old phones that he had. As the clerk spoke to him, another customer walked in and Williams said he would wait for the clerk to finish with the customer while attempting to power up one of the phones he was trying to sell. Williams is seen on video opening the back of the display case and then hanging around the area until the clerk was not looking. He then reached behind the counter taking a new IPhone 6 and placed it in his pocket. He then gathers his items and tells the clerk he has to go out to his truck, but would be right back. Once out of the store, Williams gets in his vehicle and leaves. The clerk noticed the phone missing a short time later.

On 8-8-16, Williams went to Extreme Wireless located at 245 Ave O SW in Winter Haven and asked about the availability of a specific phone. After the clerk finished helping another person in the store, he went to the back when Williams reached behind the counter and opened the display door. He then reaches in and takes a Samsung Note 5 and placed it inside of his pocket. The clerk didn’t see the phone was missing until later that day.

Detectives were ultimately able to identify Williams, though he had two different aliases that he gave to store owners. It was determined he was staying at the Winter Haven Inn & Suites, but checked out on 8-9-16 with a female who rented the room by the name of Heather Nicole Cheeks. Checking the history of Cheeks, it was determined that she was flagged as an associate of Williams through the Lancaster County Sheriff’s Office in South Carolina. The vehicle that Williams was seen driving was reported stolen from South Carolina as well.

Officers were able to locate Williams at a residence on Alachua Dr. in Winter Haven and he was taken into custody without incident. The stolen truck was also located at the residence.
Williams was booked into the Polk County Jail for two counts of Grand Theft (F3) along with the active South Carolina warrants for Petit Larceny and Grand Larceny.