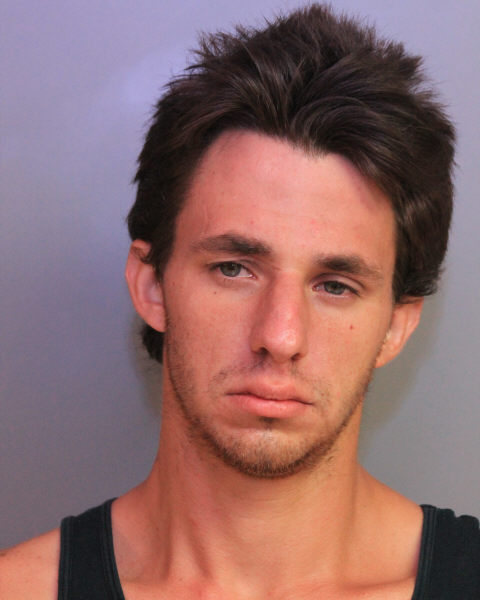 Lake Wales, Florida – On August 10, 2016 at approximately 4:07 p.m., Lake Wales officers were dispatched to Wal-Mart located at 2000 SR 60 E in Lake Wales in reference to a young child left alone in a vehicle.  Officers learned an observant customer, Rosa Lara of Bartow, notified Wal-Mart employees there was a child alone in a vehicle in the parking lot.

When officers arrived they found a 3year old child sitting in her car seat in the rear seat of a Honda Element. The rear vent windows were cracked open and the vehicle was not running. The child was communicating with officers through the open window. The child’s hair was wet and stuck to her forehead and the child was sweating. The child’s cheeks were red from the heat. Officer checked and found all the doors to the vehicle locked. Officer Matt Rhoden made entry to the vehicle by breaking out the front passenger window and Sergeant Bruce Yoxall reached into the vehicle to remove the child. Officer Rhoden said the child appeared to be crying and quit when Sergeant Yoxall removed her.  The child clung to Sergeant Yoxall wrapping her arms around his neck and laying her head on his shoulder.  The temperature was 86 degrees, partially cloudy, a humidity of 74 percent and a feels like temperature of 95 degrees.  Polk County Fire Rescue began treatment and later transported her to Lake Wales Medical Center as a precaution.

Wal-Mart paged the owner of the vehicle to come to the service desk. The grandmother to the child Anna Adams, age 57 of Frostproof, and the child’s father Timothy Adams, age 28 of Frostproof, came outside to the vehicle after being paged. Both Anna and Timothy claim they thought the other had the child with them even though they walked in the store together.

Video of the incident shows the Honda Element pulling into an isle at Wal-Mart and park at approximately 3:44 p.m.  No one exited the vehicle until 3:48 p.m. Timothy was then observed exiting the vehicle, removing his six year old daughter from the rear passenger seat, and pushing her in a shopping cart into the store.  Anna was observed walking from the driver’s side of the vehicle and walked approximately 20 feet behind Timothy.  She appeared to look back at the vehicle on several occasions as she is passing it and walking away from it.  Timothy and Anna shopped inside of Wal-Mart until they were paged at the request of Officer Rhoden after his arrival on scene, which was over 20 minutes after leaving the three year old in the vehicle.

The child was treated and released with no injuries noted. Both Timothy and Anna were placed under arrest for child neglect without bodily harm and later transported to the Polk County Jail.  Officers worked with the Department of Children and Families to locate a safe place for the children.  Officers were in disbelief at the actions of the father and grandmother but were relieved to find out the child was not injured from the incident.