A Winter Haven man is facing serious charges after he attempted to take an officers car and grabbed for the officers gun over the weekend. 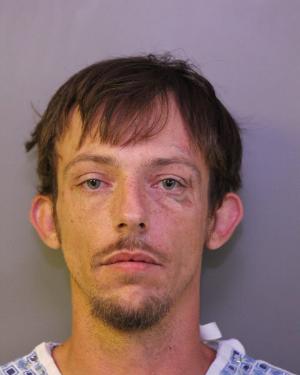 Thirty-one year-old Andrew Allen Bailley (DOB 10-4-84, 1538 Foxridge Rd. SW, Winter Haven) is charged with Carjacking w/o firearm (F1), Aggravated Assault on Law Enforcement Officers (F2), two counts of Battery on Law Enforcement (F3), Burglary of Conveyance (F3), Resisting Officer with Violence (F3) and Battery (M1) after a fight with his brother turned violent towards police.
On 6-5-16 at approximately 3:15 a.m., Lt. Kari Gaskin responded to a disturbance call at 1538 Foxridge Rn SW in Winter Haven. Lt. Gaskin approached the home and knocked on the door. When nobody answered, she walked back to her marked patrol vehicle in an attempt to get further information regarding the call. As she approached her vehicle, two people were walking in the roadway towards her from several houses down. The female, 18 year-old Julie Davis was walking in the roadway with 31 year-old Andrew Bailley. Davis identified herself to Lt. Gaskin as the person who called in the disturbance. According to Davis, she stated that Bailley and his brother were “tripping” on acid and they got into a fight.
Lt. Gaskin was standing at the open door to her patrol vehicle, which was running, while speaking with Ms. Davis. Lt. Gaskin asked Bailley to step back and he complied. During the conversation with Davis, Bailley once again stepped towards LT. Gaskin. Lt. Gaskin once again told Bailley to step back and he immediately went behind Lt. Gaskin and shoved her away from the vehicle jumping into the driver’s seat.
Lt. Gaskin reached into the vehicle and turned the vehicle off just as Bailley reached for the gearshift. Bailley grabbed Lt. Gaskin’s right arm in an attempt to pull her towards him. Gaskin pinned Bailley’s shoulder to the seat and Bailley stated he was going to take her gun and reached for Gaskin’s gun, which was in the holster on her duty belt. She grabbed his left arm and leg and pulled him out of the vehicle, falling to the ground. Bailley immediately jumped back up and charged at Lt. Gaskin with clinched fists and yelling.
At this time, Bailley’s brother, 21 year-old Jedaiah Bailley (same address) came out of the home and Andrew immediately lunged at his brother. Lt. Gaskin deployed her department-issued Taser, but Bailley pulled the prongs out. Once again, Andrew Bailley defied commands to get on the ground and he charged at Lt. Gaskin, yelling that he was going to get her gun. Lt. Gaskin maneuvered her way behind Bailley and deployed the Taser once again gaining compliance over Bailley. By this time, backup officers were on scene.
While attempting to handcuff Bailley, he continued to resist officers. Emergency Medical Services was called to transport Bailley to the hospital and while at the hospital, Bailley grabbed another officer’s tactical vest several time trying to pull items from the vest.
Bailley was treated at Winter Haven Hospital and transported to the Polk County Jail.
Lt. Kari Gaskin is 35 years-old and started with the Winter Haven Police Department in August 2005.