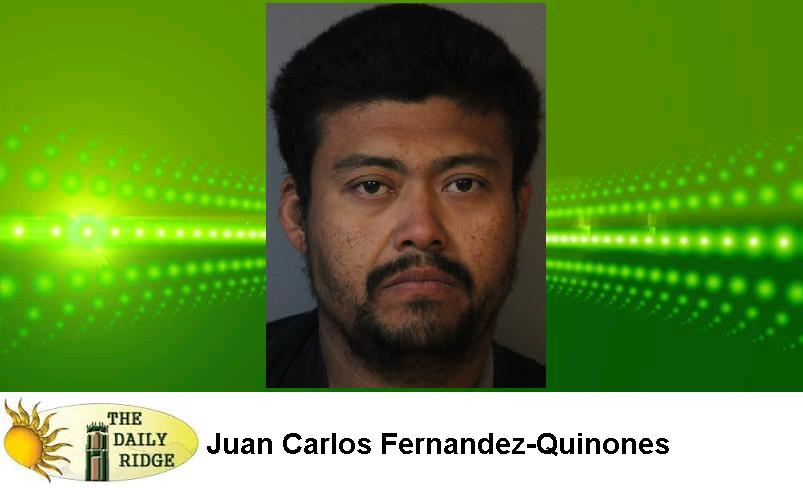 While deputies were investigating the incident dispatch received a suicide attempt at another home also on Fletcher Ave. The caller stated a man was in her front yard threatening to kill himself. Deputies arrived to find the man was seated in a red GMC truck. The deputy realized the truck matched the description of the one Fernandez-Quinones drives. The deputy attempted to make contact with the driver of the vehicle. The suspect fled  towards woods on the property. The driver then turned around and drove directly towards the deputy. The was in fear the driver was going to hit him with the vehicle and took cover a tree.

At this time several other deputies arrived on scene and gave the suspect several orders to stop and exit his vehicle. The suspect refused to comply with their orders. According to reports the suspect backed his vehicle up several times and drove straight at the deputies. He then allegedly drove around in circles attempting to find a way off the property during which he swerved at the deputies several times, reports stated. The suspect was able to get onto Ellis Ave. by driving around the house. Accoridng to reports he fled the scene followed by several deputies in marked vehicles, with lights on. The chase finally ended when the suspect crashed into a fence on Waterfield Rd. & Brooks Rd. Reports stated the suspect exited his vehicle but would not comply with the deputies orders. A Polk County Sheriff’s Department K9 unit was deployed to apprehend the suspect.

According to the arrest affidavit during a post arrest search of Fernandez-Quinones person, a clear plastic baggie was located in his shorts pocket. The baggie contained a crystal like residue consistent with methamphetamine. A glass pipe with a bulbous end was also located in the suspects  shorts pocket. The baggie and pipe were field tested using Nark test kit #15 which yielded positive results for methamphetamine.

Fernandez-Quinones sustained lacerations to his arm during the apprehension and was transported to Lakeland Regional Health for treatment. After being released Fernandez-Quinones was transported to the Polk County jail without incident. The suspect was on probation for driving without  license, battery – domestic violence and possession of drug paraphernalia. He is currently being charged with home invasion robbery, aggravated assault on a law enforcement officer, possession of methamphetamine, possession or use of narcotics, resisting arrest, violation of probation and fleeing to allude.