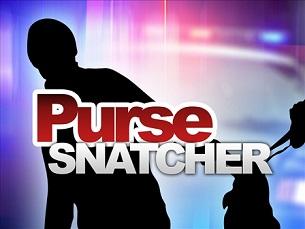 Lake Wales, Florida – On Sunday, March 13, 2016 in the afternoon the Lake Wales Police Department was dispatched to Dillard’s in reference to a robbery by sudden snatching.  The reporting person stated she exited the northwest section of Dillard’s and began walking to her vehicle, which was parked in the handicap parking space in front of the store’s northwest entrance/ exit doors.  While walking to her vehicle, she stated a medium complexion black male, wearing a polo shirt and shorts approached her.  She stated the male was in his early twenties, approximately 6’01 to 6’02 in height, and weighed roughly 200 hundred pounds.  She advised the male approached her and asked her “Is this the Eagle Ridge Mall?”, at which time she replied yes. She advised the male then snatched her purse from her shoulder causing the chain to break and fled on foot towards a gray or silver in color sport utility vehicle.  She advised the male entered the vehicle through the rear passenger’s door, at which time the vehicle fled westbound towards Eagle Ridge Drive and Highway 27.  She reported the vehicle was occupied by at least three occupants. Officers circulated the area, however were unable to locate the suspects or vehicle. This investigation is ongoing.