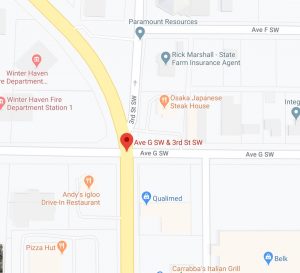 56 year-old Richard Sturm, who worked as a kitchen manager with The Mission in Winter Haven, was riding his bike southbound along the northbound side of the road when for unknown reasons he fell off of the bike and landed in the roadway in the area of Ave. G SW and 3rd St SW (Hwy 17). The crash occurred at approximately 5:50 a.m. causing the roadway to be shut down.
Witnesses saw Sturm riding along the sidewalk, however were unable to see what caused Sturm to fall off the bike landing into the roadway.
A Ford Windstar van driven by Harold Bing of Winter Haven was traveling northbound in the outside lane moments before Sturm fell into the roadway. Bing was unable to avoid Sturm as he was in the road.
Bing immediately stopped to render aide and is fully cooperating with the investigation.
US 17 was shut down for almost 5 hours. The investigation is ongoing.