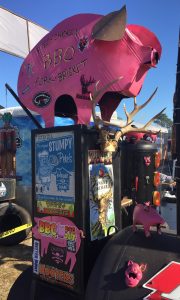 For the past two years, the Hot Wachulas, the Bartow-based barbecue team, has been attending Smoke on the Water, the annual barbecue competition in Winter Haven that benefits the Boys & Girls Club of Winter Haven.

And for the past two years, the Hot Wachulas has won first place in the overall barbecue category within the proffesional team division. 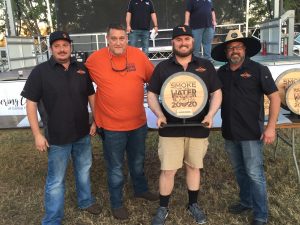 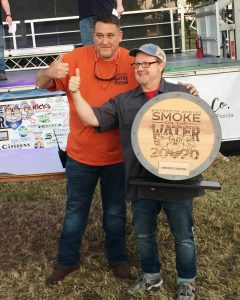 “I am super stoked,” said Matthew Barber. “This is one of the toughest contests in Florida, and being able to win it two years in a row is a great feeling.”

Barber runs his own barbecue company, where he sells his own homemade rubs and sauces. These items sets himself apart from the competition, and it’s these homemade specialties that allowed him to win first place, not once, but twice.

Hot Wachulas also won first place in brisket and chicken and fourth place in pork. Being able to win so many categories in what he considers to be “the toughest BBQ competition” was quite the stroke of luck, he said.

“This is a great cause and a great charity, and anything we can do to support the city and the boys and girls club is great,” he said.

The Hot Wachulas was one of the more than two dozen barbecue teams, both proffesional and backyard, that competed in the 16th Annual Smoke on the Water BBQ Competition in Winter Haven.

Hosted at the Boys & Girls Club of Winter Haven, the annual fundraiser serves as a charity benefit for the local non-profit organization. Proceeds go towards funding the after school programs and other services provided by the club. 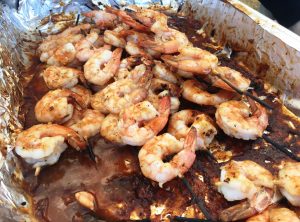 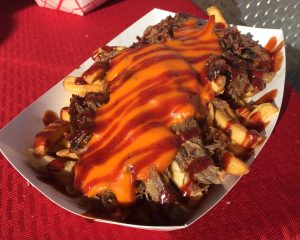 Festivities kicked off on Friday and continued on the following Saturday, where the winners of the competition were announced during the awards ceremony. Awards were presented in several categories (pork, chicken, brisket, ribs, and general) and two divisions (backyard and proffesional).

Winning the backyard division was Smokin Ash. This was the first time that the backyard barbecue team had attended the event, so winning first place was quite the surprise, said leader Blake Wood.

Wood had attended several other competitions before. He was inspired to start competing by his parents. While he certainly owes his success to his own hard work, he attributes his win to none other than his family, faith, and good friends.

“Just being able to see friends and family,” was his favorite part of the event, he said. 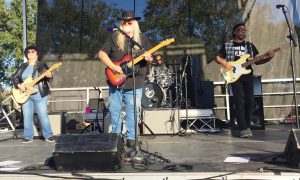