Clay Watkins and his friends and co-workers from Peace Valley Groves has been attending the Winter Haven Hospital Foundation Shooter Showdown for the past five years. Since then, he and his team have won first place within the past four consecutive years, including this year. 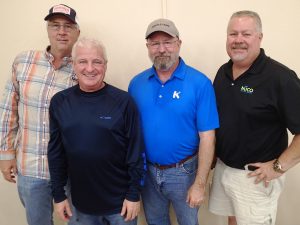 The secret to their four-year-long consecutive winning streak has been three things: practice, practice, and more practice. Watkins loves firearms, he loves shooting, and he loves being able to participate in events where he can do all of those things and more, he said.

His company has been a huge supporter of the Winter Haven Hospital Foundation. As someone who participates in various shooting tournaments and events throughout the state, Watkins especially enjoys being able to participate in this event as to help support a great local organization.

“It is a good foundation and cause,” he said. “They help a lot of people and it is a fun event.”

For more than eight years, the Winter Haven Hospital Foundation has been hosting their annual Shooter Showdown. This year’s event, as with previous events, was hosted at the Future Farmers of America Training Facility in Haines City. 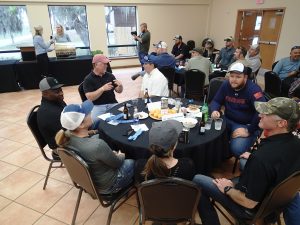 Proceeds raised during this year’s event will be utilized locally to support the Foundation’s new Mobile Medical Clinic Project. The new project will provide primary care and access to under-served areas within the county, explained Holly Worrell, Executive Director of the Foundation.

This year’s event experienced massive success with more teams, community involvement, and sponsors than last year. The overall casual atmosphere, allowing participants to spend a day shooting clay targets in the great outdoors, has allowed the event to remain as successful and relevant as it has been these past few year, Worrell explained.

“It is a lot of fun, it is different from your normal golf tournament, and offers a unique experience,” she said. “We are grateful to the community for their continued support over the years. Our volunteers we are grateful.” 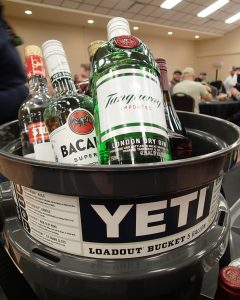 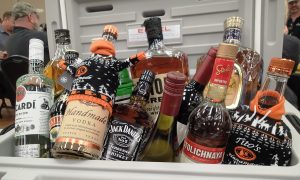 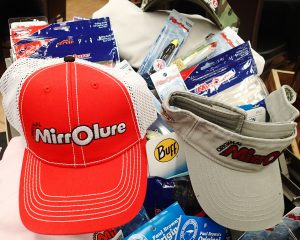