24th Annual Lakeland Pigfest Gets Its Pig On

24th Annual Lakeland Pigfest Gets Its Pig On

For the past three years, Jason Singletary has been attending the Lakeland Pigfest with his barbecue team, Smokey Central BBQ. Each and every year had them get closer to winning Grand Champion in the Pro Barbecue Division. This year, they finally won!

Jason loves to cook different pork products, especially ribs. Most would attribute their success to the way they smoke their food. Others to the wood they use. And others to their rub and seasoning. But Jason attributes his win to one thing: luck.

“It was awesome,” he said. “So we were getting closer every year, and we finally made it [this year].”

He has won six grand champions and several other awards from other barbecue competition across the state. What keeps him coming back, time and again, to the Lakeland Pigfest is the overall camraderie.

“I have friends who cook in the contest, so it is good to see them when they get here,” he said. “So many people come out and support this event.”

His team was one of more than 150 competition barbecue teams that arrived for a weekend of good food and good times at the 24th Annual Lakeland Pigfest over the weekend.

The largest KCBS-sanctioned event in Florida, the annual event allowed proffesionals and amateurs to compete in various categories such as chicken, brisket, ribs, and pork and in two main divisions: backyard and proffesional. 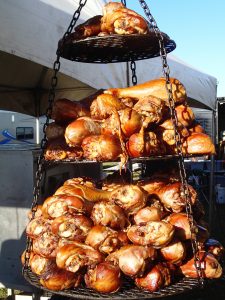 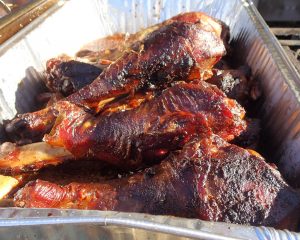 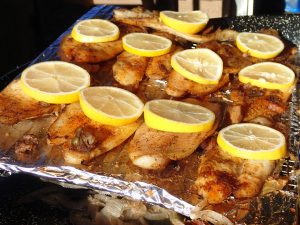 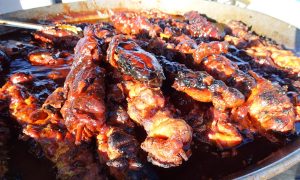 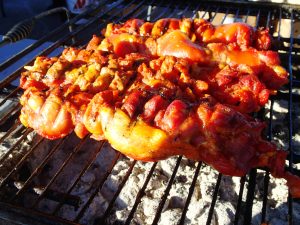 The Grand Champion for the Backyard Division was Wicked Oaks. Felix Flores has been attending for the past four years. This year, his team not only won first place, but they won with a perfect score. 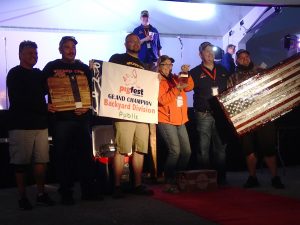 “Coming into a competition this size and thinking about winning is hard, and so finally we got [first place],” he said.

As to what he owes his success to, he attributes it all to practice. Winning an event like this took a lot of hard work and effort, and this year, it all paid off for them. Having fun made it all worthwhile, he said.

Since 1997, the Lakeland Pigfest has been drawing in barbecue teams from across the state. The event also serves as a fundraiser for several local organizations. Over the years, it has raised “over 2 million dollars in charitable donations that have been disbursed to the Lakeland Community through various community partnerships,” as reported by Visit Central Florida. 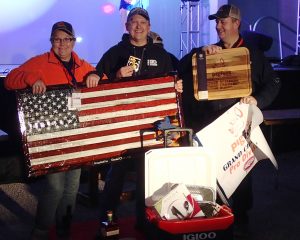 Each year has the event grow bigger and better. This year proved to be bigger and better than ever, and that was mostly due to the overall good weather, explained Bill Tinsley, Event Coordinator. 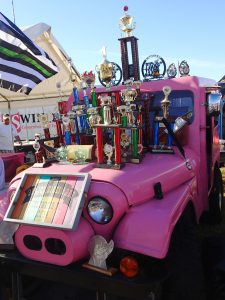 “This year’s Pigfest was absolutley the best one,” he said. “It had the best weather we ever had…and this is one of the biggest and best in the southeast. You are dependent on the quality of weather, and this year was the best.”

Lakeland Pigfest brings people together from all over the state. The best part are all the individual stories each team has to tell and offer.

One team in particular had an especially moving story about family unity. The father-son team was brought together through a recent family passing, and their involvement in the event allowed them to heal, Tinsley said.

“He [the team leader] came here because of a tragic family loss,” Tinsley explained. “He came here to heal. He and his father came to this event and cooked at an event that was a perfect score, That rarely happens. That happens by magic. That happens with being in the right place and having the right atmosphere at a family event. His life changed today and it was helped and improved.”

Such a lively family atmosphere has allowed the event to thrive and grow for as long as it has. Hopefully, the event will continue to do so for another 24 years.

“There are things that happened that are [about] healing,” he said. “It develops family, this is a family atmosphere, where we see people’s lives changed.” 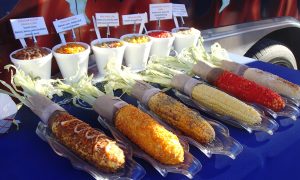 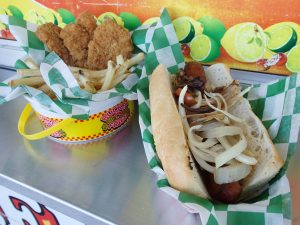 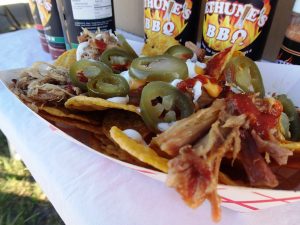