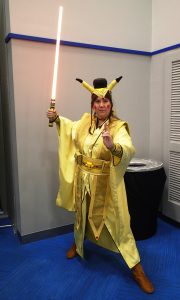 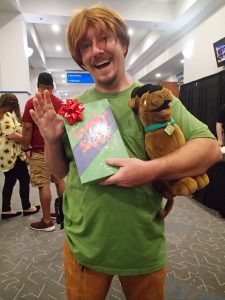 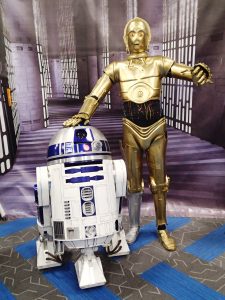 If you grew up in the 1990s watching “Mighty Morphin Power Rangers”, chances are you know Tommy Oliver, the Green and White Ranger. His character proved to be the most popular, appearing in more than 225 episodes within the series, and even several movies and anniversary specials. 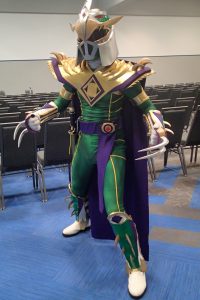 Even though young children and Power Ranger fans may have loved his character, other actors in Hollywood considered his role silly and some even mocked him for it. However, Jason David Frank, the actor, loved his role, and never let anyone else’s thoughts affect him. After all, children loved him, so why should he care if other people didn’t?

“After so many times, people did not believe in it. People made fun of me as an actor for doing it. ‘That show is stupid. It is so cheesy.’ You’re right. It is. Because kids love cheese. We love macaroni and cheese and cheese sandwiches,” Frank said.

His role as a Power Ranger required him to learn and utilize martial arts. Even long after acting in the show, martial arts remains core to his life. An inductee of the World Karate Union Hall of Fame, he holds both a seventh degree black belt in American Karate and a purple belt in Brazilian Jiu Jitsu. He even created his own style of martial arts, “Toso Kune Do”, translated as, “Way of the Fighting Fist.”

What allowed him to remain successful in his career as a popular children’s show actor and a skilled martial artist has been one thing: persistence. Had he not remained persistent in his own skills and self-esteem, he never would have reached where he is today, he said.

“For me, I was persistent at getting a role. I didn’t choose it, it chose me. I didn’t take no for an answer,” he said. “Just believe in yourself. You are your biggest fan. Don’t listen to what other people say. When people say it is not something to do…you start to think you are on to something…stay true to who you are.“

Frank was one of several dozen special guests who attended this year’s Central Florida Comic Con in Lakeland this weekend. Other celebrity guests included Cooper Andrews from “The Walking Dead”, Arryn Zech from “RWBY”, Austin Tindle from “Tokyo Ghoul”, and George Lowe from “Space Ghost: Coast To Coast.” 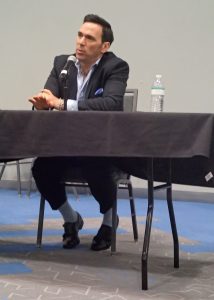 Hosted with the RP Funding Center, the event allowed fans of all things geeky to congregate and share their love of comic books, video games, and movies. Many of the attendees that weekend “cosplayed”, or wore costumes, of their favorite characters from their favorite media. Many of these cosplayers even participated in costume contests.

When not showing off their costumes and their geekdom, attendees could peruse many of the vendors at the event, offering everything from artwork from local artists to memorabilia such as body pillows, t-shirts, and mugs.

For many cosplayers, creating and wearing their costumes is more than for fun. Some of them even do what they do to help raise money and awareness for important causes.

Kat Astrophe volunteers for “Costumers For a Cause”, a volunteer-based charity group that raises money for various causes. Currently, they are raising money for Action Sports, a charity that helps children with disabilities remain active.

Kat has been volunteering for the organization for the past six months. At the event, she was cosplaying as Raven from “Teen Titans.” Often times, she dresses as a Disney princess when visiting children at events and even at hospitals. 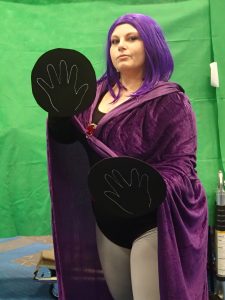 Kat has attended Central Florida Comic Con before. She has noticed that the event has grown from last year. Even then, the overall setting offers a more personable and intimate experience, she said.

“It has grown a lot since last year,” she said. “It is not a very crowded space, so you get to meet people and enjoy your time here.”

Also arriving on the scene that weekend were the Lakeland Ghostbusters. While there were no ghosts for them to bust, they did take the opportunity, as they always do, to raise money and awareness for autoimmune inflammatory vasculitis. 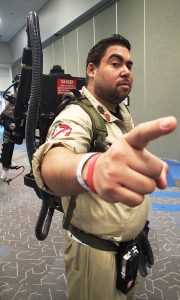 They started raising awareness for the rare disease after it had taken the life of Harold Ramis, the co-writer for the Ghostbusters movies, and the actor who played the character, Egon Spengler. One of their members was even diagnosed with the disease.

“We had all this [Ghostbuster] gear laying around, so we decided to do something, we started going to shows and conventions to raise awareness of the disease,” explained Elexier Diaz, Lakeland Ghostbuster member.

Diaz attends conventions such as this to help raise awareness for the disease by showing off their costumes and props, including a functioning Proton pack. They are especially excited for this year with the upcoming release of the new Ghostbusters movie this summer. 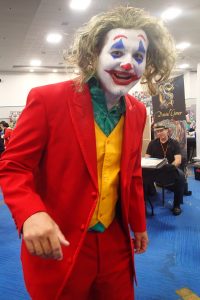 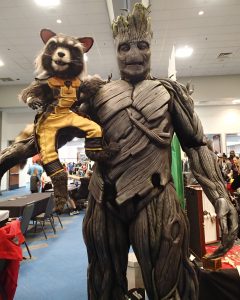 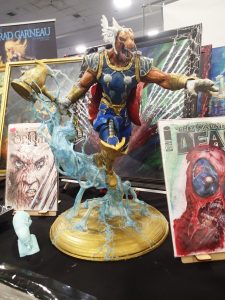 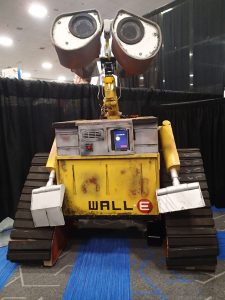 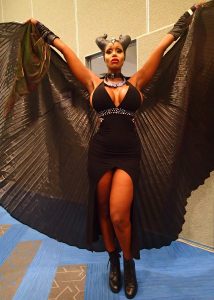