Gaskins Barbecue & Lobster Brings The Taste Of Maine To Florida

Gaskins Barbecue & Lobster Brings The Taste Of Maine To Florida

Do you like barbecue? Do you like seafood? Can’t decide which one you’d prefer? Why not both? A new Winter Haven eatery allows you to enjoy both.

Gaskins Barbecue & Lobster at Winter Haven does something that most people consider unimaginable, if not impossible: uniting the North and South. This new eatery serves the best of Maine seafood and lobster as well as good, old-fashioned Southern barbecue. 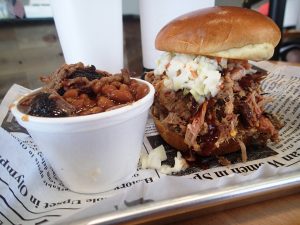 Whether you’d prefer a smoked lobster roll prepared from seafood freshly-delivered from the waters of Maine, or fall-off-the-bone ribs and brisket smoked over oak wood for up to 16 hours, Gaskins has the food your taste buds desire for lunch and dinner. 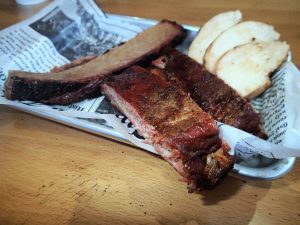 Their smoked lobster roll is highly recommended for anyone who has ever desired lobster from Maine without having to travel thousands of miles up north. Barbecue lovers will love the Krazy Karolina sandwich with pulled pork topped with sweet sauce and coleslaw on a bun. Either way, their seafood and barbecue offer the best of both worlds.

“We are featuring New York-style seafood, along with barbecue, and it seems like a good combo,” said Jeane Gaskins, who co-owns the eatery with her husband, John. “There’s a lot of people who really like barbecue but who do not like seafood and vice versa. So we are getting a mix then.” 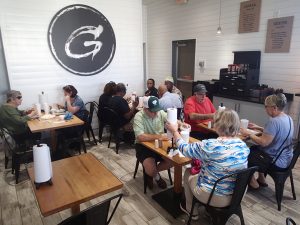 Gaskins herself is originally from Haines City. She considered it a no-brainer to open their new location in Winter Haven, as it’s one of the busier cities within the county. It’s the same city where her children go to school and where they shop, she said.

Previously, they lived in Brevard County while her husband was in the military. Afterward, they opened up several eateries before moving up north and opening the original Gaskins.

Originally, their eatery was going to serve barbecue. Upon learning of the high demand for lobster, they decided to offer lobster meals such as smoked lobster rolls. Both the lobster and barbecue proved popular, and their restaurant has been thriving three years since, she said.

Since opening their Winter Haven location nearly a month ago, business has done exceptionally well. What has allowed their business to remain as successful, either in Maine or Florida, has been their fresh seafood. Their new location receives shipments three to four shipments per week. 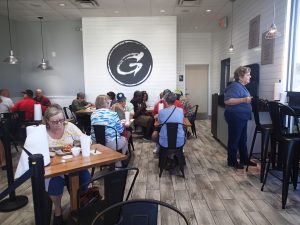 Whether you want lobster or barbecue, Gaskins will gladly serve you either or both. Either way, new customers can expect something quite unique that they can’t find anywhere else, and thus will have them coming back for more.

“There [are] not really any lobster rolls anywhere around here. They are either in Orlando or Melbourne, so it is bringing a little bit of New England down to Winter Haven,” Gaskins said. “There are a lot of barbecue places, but we do a twist on different barbecue items, if you always wanted to go to New England and have a lobster roll, you can have that exactly down here. We do ours exactly as they do it up in New England.”