Christmas Carols Performed At Carols In The Park

Christmas Carols Performed At Carols In The Park

All–day on Saturday from noon to sunset, the air in Central Park was filled with the sound of live holiday music as performed by music groups, especially those from local schools such as Denison Middle School, Brigham Academy, Chain of Lakes Elementary, and Jewett Academy. 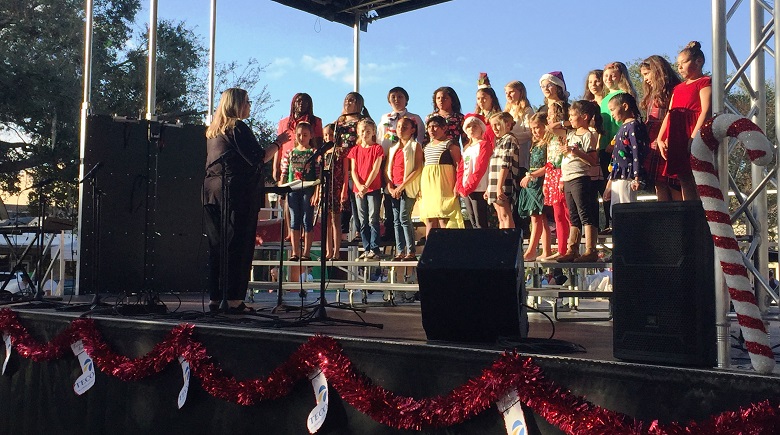 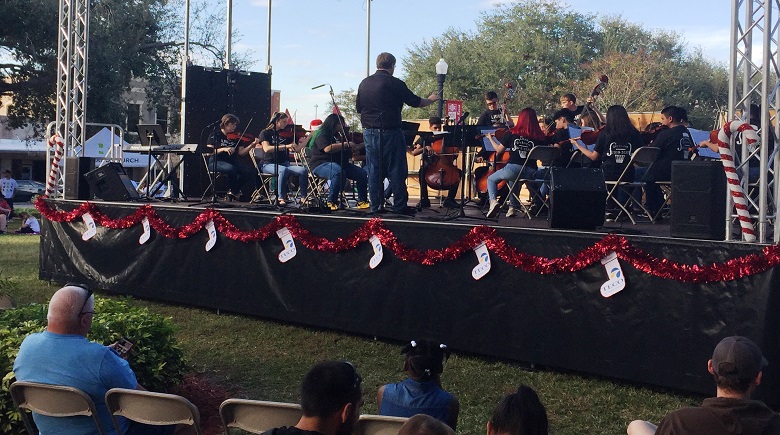 “It has been wonderful,” she said. We had a very great turnout. Our vendors are happy. Our students performing are wonderful and sweet. Thanks to the city of Winter Haven, the new stage is wonderful and everyone loves it.” 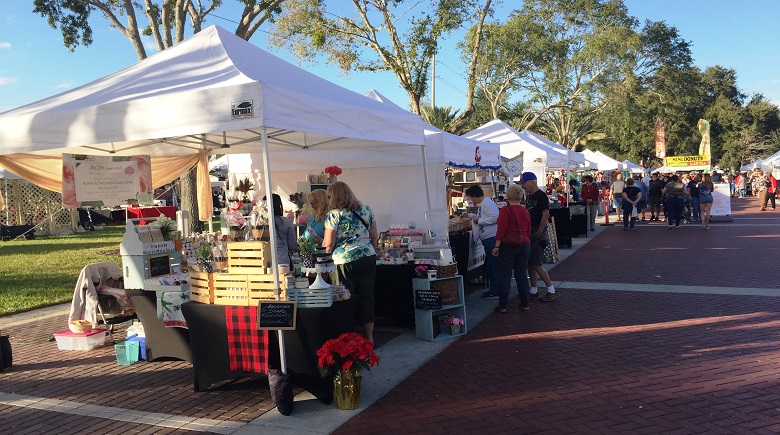 For nearly four decades, this annual holiday tradition has drawn many local residents and visitors to the downtown area for a day of live music and other holiday fun, ranging from horse and buggy rides to visits with Old Saint Nick himself.

Bailey McDaniel, President of Main Street, attributes the growing success of the event, year by year, due to its longevity. Many of the attendees who now visit with their children once attended the event once upon a time as children themselves.

“It is very much a generational event,” he said. “It is wonderful to see parents come and see their children sing on stage when they once sang as kids.”

Aside from the holiday music, attendees could also browse various local vendors offering a diverse selection of homemade arts and crafts, including holiday ornaments and wreaths. 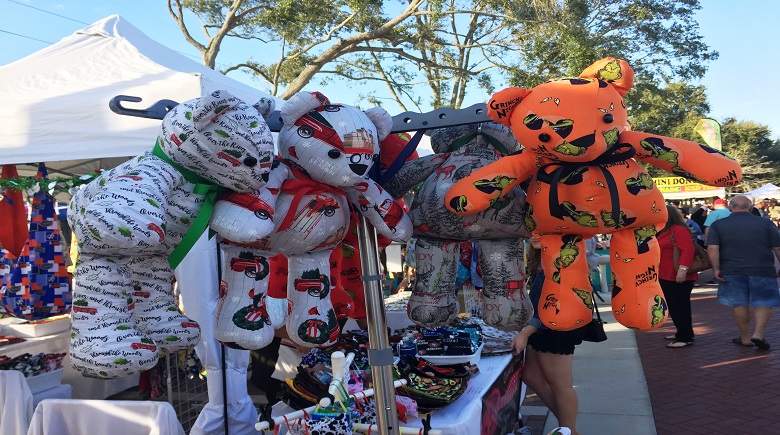 Jenni Gregory, a comic book illustrator from Davenport, attended the event for the first time this year with Ka-Blam Digital Printing to showcase their comic books and artwork.

As a proffesional illustrator, Gregory specializes in fantasy artwork, especially mermaids and other magical creatures. She creates her artwork using water media such as acrylics and watercolor.

She was recommended by a friend to attend the event. With this being her first year, Carols in the Park more than exceeded her initial expectations.

“So this is different,” she said. “I met a lot of new people and sold some art…The event has been fun, the traffic has been great, a lot of diverse things.” 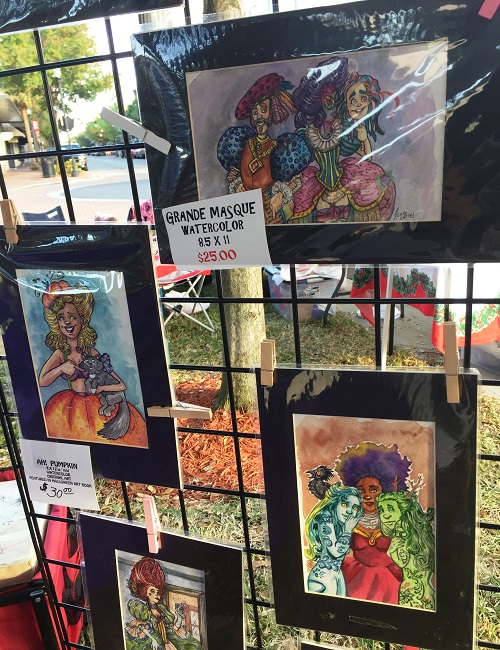 Aside from serving as a venue for local artists and vendors, the event also allowed a platform for local organizations and community initiatives. One such initiative was for a study of Highway 17.

Debra Chesna, Bike and Pedestrian Planning Coordinator of District 1, attended the event to receive public feedback and to showcase several proposed treatments for the highway as to better “harmonize the roads for all users.”

Following a community meeting a few weeks ago, Chesna learned about the event and considered it an opportune opportunity to engage the community and get their input on how they would like to see their community grow, she said. 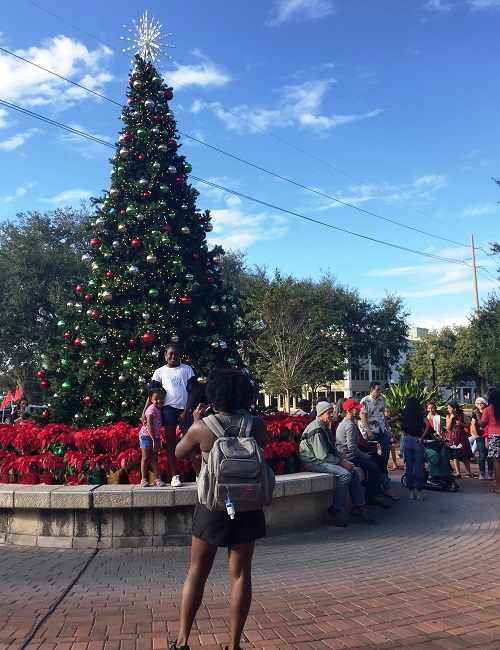 Many of the proposed changes to the highway corridor include ways to “harmonize traffic” as to better allow cars, cyclists, and pedestrians to safely share the highway. These changes include new infrastructure including bridges and crosswalks.

“We are showing folks…the potential solutions to make a safer environment for people to cross the roads…and connect the amenities…[as to better] get people to their destinations safely.” she said. “This has been a good time to help [people] understand what these [proposals] mean, and it has been an opportunity to learn that there is a benefit of these [proposals] have many implications.” 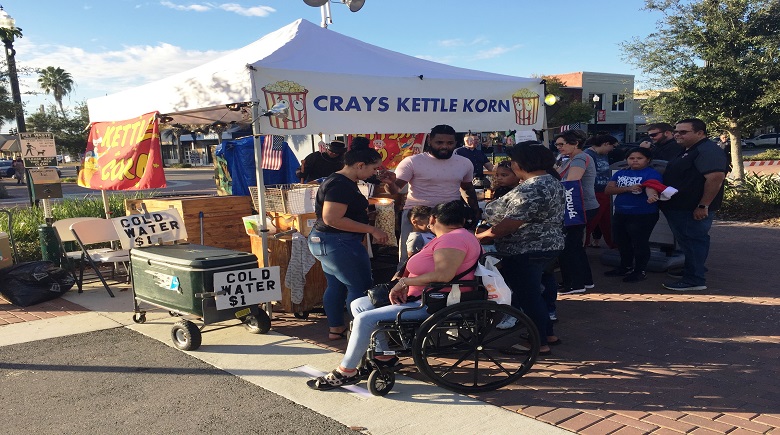