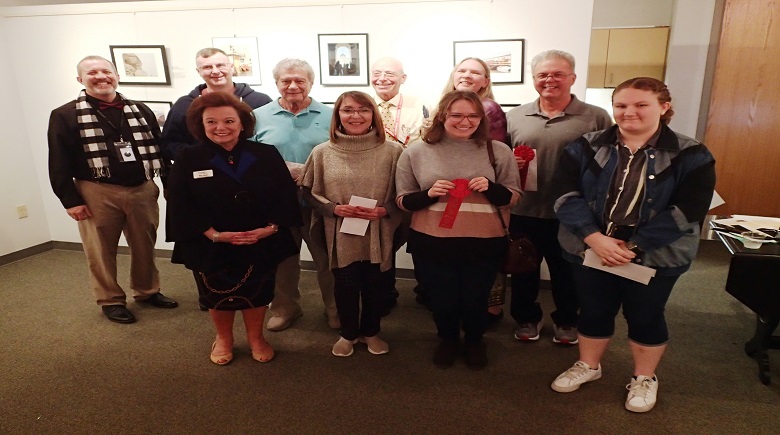 The dark, dilapidated hallway of a concentration camp remains obscured within the shadows of the cell doors that once contained the souls of helpless victims.

Two men dressed in Arabian garments sit against the stone wall of a desert temple, sweltering within the summer heat, as a foreign tourist, in stark contrast, happily snaps photographs.

A tree stump sits in front of a stone tomb in the lowlands of Louisiana, marking the young life cut short by death.

These images were several of the 57 photographs taken as part of the “Capturing Cultures” art exhibit currently being showcased in the art gallery of Polk State College in Lakeland.

These photographs were also some of the winners honored during an award ceremony for the participants within the exhibit hosted last Thursday evening.

Of the 57 entries currently on display within the art exhibit, nearly half a dozen were honored with awards judged in three main categories—student, faculty/staff, and community—as well as best in show, guest judge’s choice, and viewer’s choice.

The Capturing Cultures exhibit, according to the main program, “is one of many events that comprise Polk State’s celebration of International Education Week—a joint initiative of the U.S. Department of Education to promote programs that prepare Americans for the global environment.”

Each of the 57 entries, in keeping with the overall theme of international solidarity, represents subjects and locations from nearly 20 different countries, each visited by many of the local students, staff, faculty, and surrounding community of Polk State College.

Best of Show was awarded to Armand Martin for his piece “Barcelona Church.” Martin also won first place in the Student category for his piece, “Tapas Culture.” Guest Judge’s Choice was awarded to Alette Mincey for her piece “Cathedral La Major.” Neither artist was present during the ceremony that evening.

The remaining winners within the remaining categories who were present that evening are as follows:

First Place in Faculty/Staff: “Some Are Dazzled…Some Are Drained” by Mary Ann Murdoch 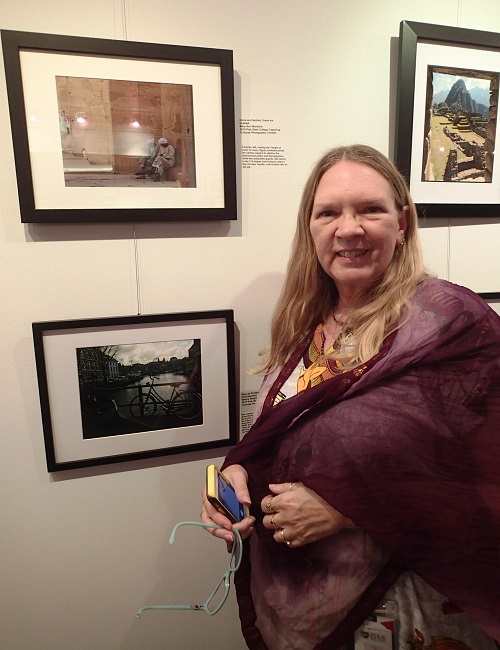 While visiting the Luxor temple in Egypt, Mary Ann Murdoch saw quite the contrasting sight. She saw two temple attendants resting against the stone wall sweltering within the summer heat, while nearby a tourist happily snapped photographs of the location.

Such a stark contrast between two locals who were “drained” by the summer heat while a foreign tourist was “dazzled” by the local sights seemed like the most picturesque subject to snap for her, Murdoch said.

Murdoch loves to travel around the world to see different sights and capture them through her photography. To be able to have her photographer’s eye honored at that evening’s art show was nothing short of humbling for her.

“It is thrilling,” she said. “I have been a photographer for a long time, it is nice to get recognition from [other] people.” 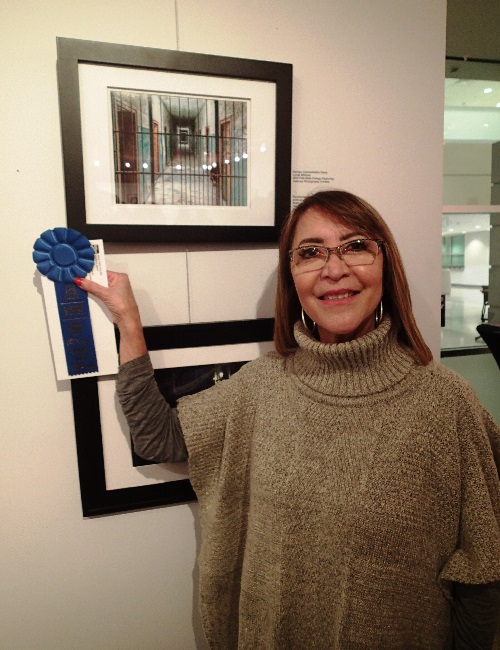 When Linda Whitney visited the Dachau concentration camp in Germany, she came upon a dark and foreboding hallway cast in shadow. Such a harrowing sight prevented her from venturing any further.

To think that such a place once contained countless innocent souls, many of whom would die there, made the location even more haunting to her. The dark remnants of a darker past deserved to be captured in film as a dark reminder, she said.

“I couldn’t go any further,” she said. “I felt at this point there was too much, the feeling of the people who suffered, who died, and [it] tells a story right there with the light at the end of the hallway, the souls that are there. It was such a [foreboding] feeling.” 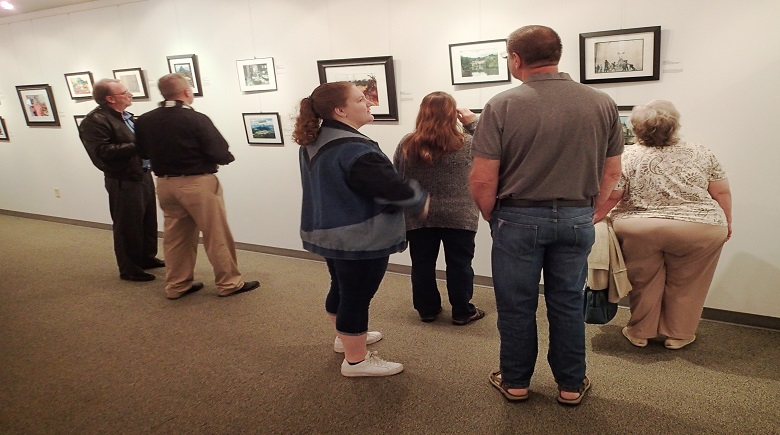 The lowlands of Louisiana, especially in New Orleans, are so close to the water table that even digging a few inches deep will have you reaching water. This is why many of the dead are buried in large over-ground tombs in the cemetery.

Sgt. Bobby Brigman visited one of these cemeteries during his travels. He was quite mesmerized by the countless tombs and their layout within the area, almost as if they were within their own small city.

Several of these tombs had stumps planted in front of them. These stumps were placed in front of the burying places of young people, and thus symbolized a young life cut short in their prime, he explained.

Sgt. Bobby Brigman visits many places, and he takes his love of photography with him. He captures many of the sights that he sees in film, and one of these sights allowed him to win Viewer’s Choice during the awards ceremony that evening.

“It feels great,” he said. “I liked how people looked at it. I travel a lot, wherever I travel, I take photos of everything.” 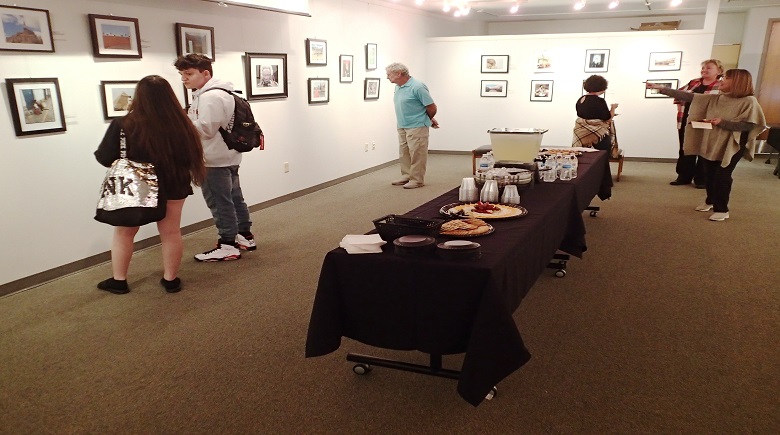