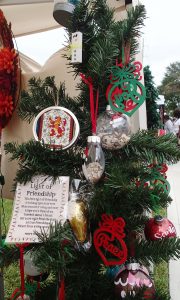 Reg Hay was trying to decide what to do during his retirement when his wife, Kat Teamer, showed him photos of glass bottle crafts that she was looking at on her phone. As someone with prior experience creating stained glass windows, he figured that such crafts would be an excellent hobby for him and his wife. That is how they started KatAndArtGlass.com. 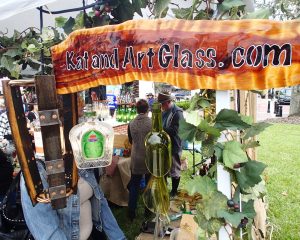 Since April, the two have been upcycling bottles from wine, liquor, and beer to create items ranging from lamps to wind chimes. Sometimes they use the bottle as is, while other times they cut bottles into pieces before melting them in a kiln.

“I did stained glass before, [I] taught her to do stained glass, so this was a natural thing for me,” Hay said. “We want to do different things with stuff. We want to be different in everything that we do.”

Reg and Kat have been attending arts and crafts shows throughout the county, including the Saturday Market in Winter Haven and First Friday in Lakeland. Last Saturday, they showed off their wares during the 5th Annual Haven Holiday Market.

“It has been a great market for us today,” he said. “Absolutley great. Love the crowds and the people. They have been gracious coming through with their money.”

Reg and Kay were some of the 162 vendors attending this year’s Haven Holiday Market in Downtown Winter Haven. For the past five years, artists and craftsman from across the county, state, and from five other states have been congregating in Central Park to offer homemade holiday crafts.

Attendees could wander throughout the park to peruse various holiday items such as ornaments, wreaths, garlands, stockings, and other homemade items. They could also grab a bite to eat from several food trucks and listen to classic holiday music, some of it performed through live entertainment. 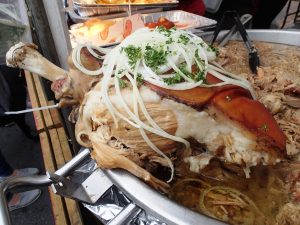 Ever since the event started five years ago, the turnout has been growing larger. The first event had 71 vendors, while this year’s event had nearly 162, explained Sergio Cruz, Event Coordinator. 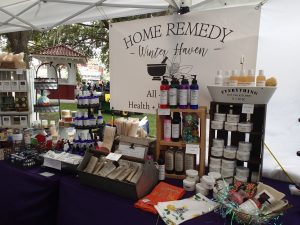 “Visitors came earlier this year, and were waiting for our vendors to finish setting up so they could grab their one of a kind arts and crafts before someone else did,” he said. “Overwhelming turnout!” 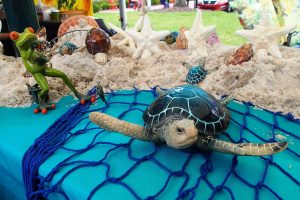 Even with the cold weather, the event more than exceeded initial expectations, with hundreds of visitors attending and even showing up earlier than expected. This more than raises expectations for next year, Sergio said.

“Our plans for next year are to break this year’s records: more than 150 vendors, more than 20,000 visitors, and more local economy,” he said. “Our local Winter Haven community deserves more and better each year. We love our community!”

While this was the first year for new vendors such as Reg and Kay, other vendors have been around since the very beginning. Brittany Stempien, owner of Spider Web’s Croquet, is one of those vendors. 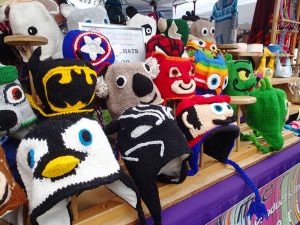 Stempien, true to her business’ name, offer crochet items that she handcrafts herself. Some of them are of small animals, while others are based off of Nintendo video games such as Super Mario and Pokémon.

She has been a Nintendo fan ever since she received a Nintendo 64 as her first video game console. She has been crocheting all her life, so her recent endeavor is a combination of both interests, she said.

She has been attending this event for the past five years. Since then, she has made it a priority to craft something new each and every week, she said.

“I can finish an eight to ten inch plushy in about four hours,” she said. “The secret is that you have to love what you do and make it perfect. That is what I try to do with every item.” 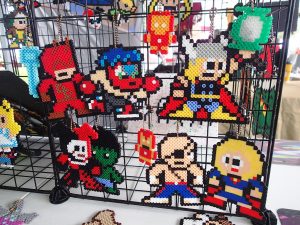