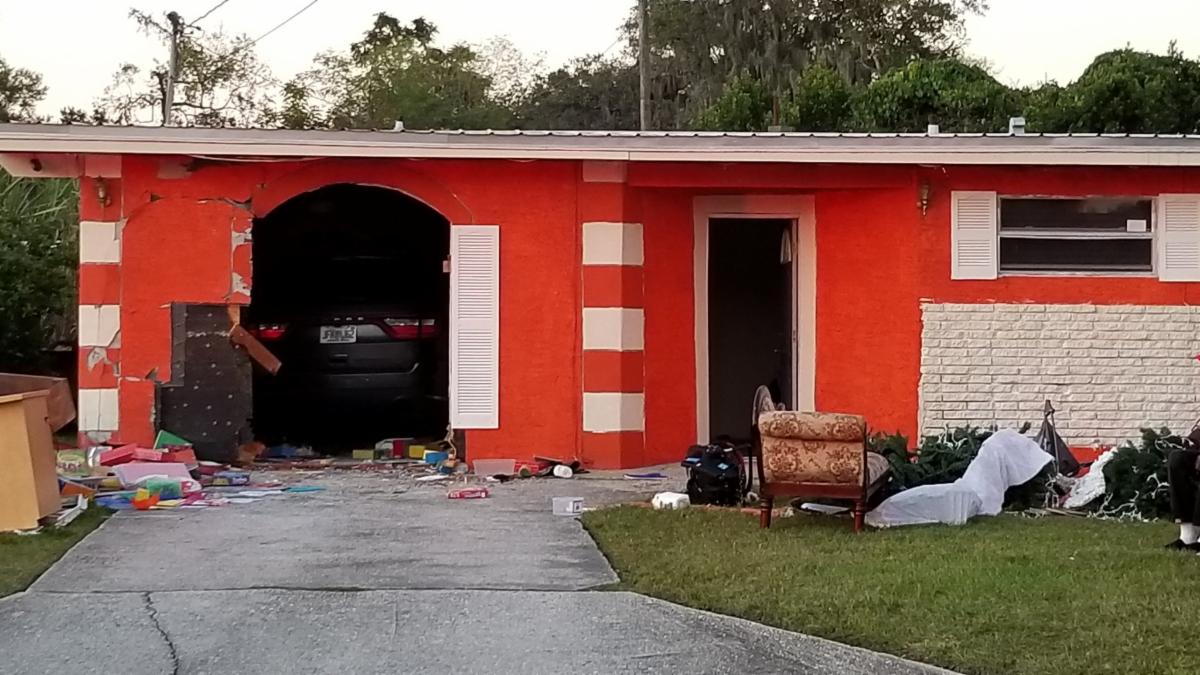 LAKELAND, FL (November 20, 2019) – On Tuesday, November 19, 2019, at approximately 4:55 p.m., a Dodge Durango SUV was backing from the side yard of 1501 West 7th Street, attempting to enter the roadway. While backing up, the Dodge stopped in an attempt to avoid hitting a bush and then began to move forward. While moving forward, the SUV suddenly accelerated and crashed into the front of the residence, coming to final rest in the interior of the home. At the time of the crash, the house was being used as a licensed daycare facility and had four children and other guardians inside. Three of the four children playing in the room where the vehicle crashed were injured.
The Lakeland Police Department Patrol Unit, the Lakeland Fire Department and Polk County Fire Rescue, and all arrived on scene and began to provide life-saving measures. The three injured children were airlifted to Tampa General Hospital for treatment. All children appeared to stable at the scene; however, one child’s condition was changed to critical after evaluation at the hospital. The other two children transported suffered minor injuries. The driver of the Dodge was transported to Lakeland Regional Health for treatment of minor injuries. There were no reported injuries of any other occupants.
The Dodge operator, Mildred Green, was interviewed regarding this investigation. Green is the mother-in-law of the homeowner.
The area was shut down for approximately 4 ½ hours, and this remains an active investigation.
Driver of the 2014 Dodge Durango:
Mildred Green
DOB: 3/31/1940
Trenton, FL
Passenger of the Dodge Durango:
Isiah Hayes
DOB: 5/15/1945
Chiefland, FL
The following are the children from the daycare:
Male (airlifted)
DOB 1/2017
Lakeland, FL
MALE (airlifted)
DOB: 8/2017
Lakeland, FL
FEMALE (airlifted)
DOB: 2/2019
Lakeland, FL
FEMALE (no injuries)
DOB: 10/2017
Lakeland, FL
November 20, 2019