Whether you arrive there by land, water, or air, the new docks at Lake Howard, and the new pavement along 7th Street, provides you with a new place to go in Downtown Winter Haven.

The new Lake Howard Boat Dock and 7th Street refurbishments were officially unveiled to the public on Wednesday afternoon during a ribbon–cutting ceremony hosted by the City of Winter Haven. 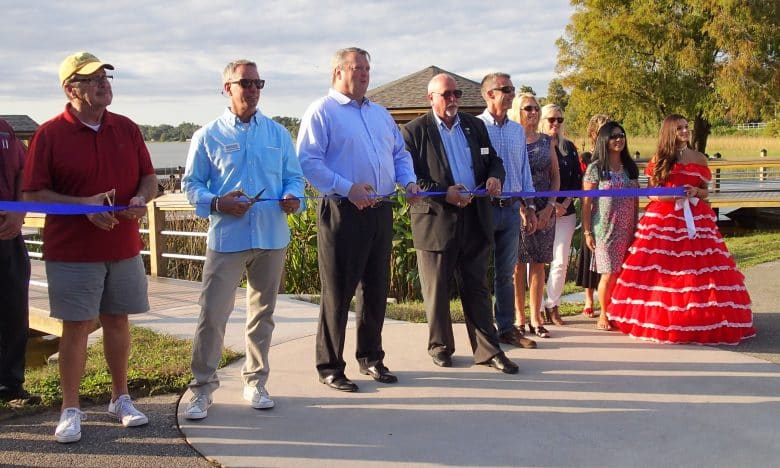 Located along the shores of Lake Howard west of McDonald‘s and the Winter Haven’s Women Club, the new docks provide a scenic wooden walkway with three gazebos and three entrance ramps, each of which have been specially designed to provide docking space for both boats and seaplanes. 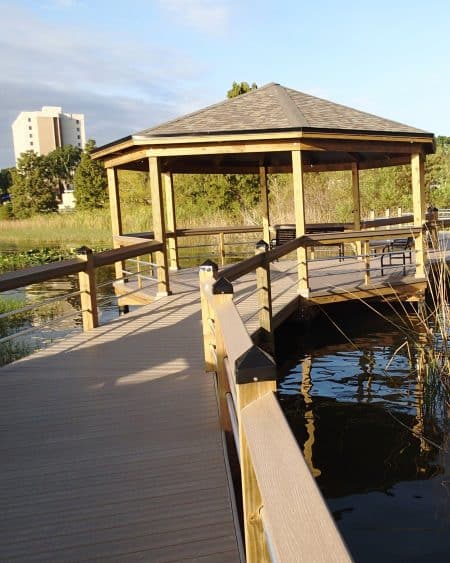 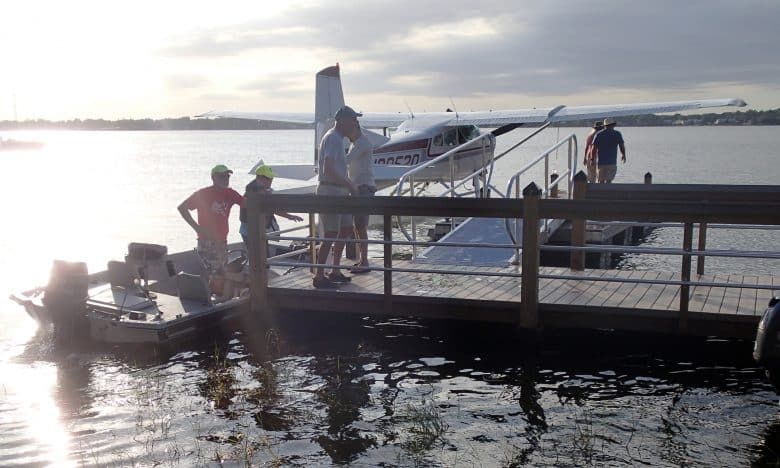 Also unveiled that afternoon were the refurbishments to 7th Street with widened streets and sidewalks. The street had been undergoing extensive renovations within the past year and three months, and the new infrastructure will allow for easier, safer passage to automobiles and pedestrians alike.

Whether you arrive there by foot, boat, or plane, the new docks and streets allow residents and visitors alike an opportunity to enjoy the waters of scenic Lake Howard along with the rest of the downtown area.

These two new additions to the Lake Howard area were both officially unveiled and dedicated to the public through a ribbon–cutting ceremony hosted by the City of Winter Haven.

“We are grateful that everyone has taken time out of the end of their workday to come and help the city celebrate two wonderful accomplishments that we have here in the Historic Winter Haven neighborhood at the lakeshore of Lake Howard,” said T. Michael Stravers, Winter Haven Assistant City Manager.

The new docks had been proposed a few years ago following discussion about stormwater debris in Lake Howard. As debris was often being swept away into the receptacle near the lake, Commissioner JP Powell and other city staff members wanted to figure out a way to collect the debris.

“There needed to be a solution to catch as much of this debris as possible, and staff found a way to do it,” he explained. “This idea included the inclusion of structure in the water to collect the debris. This mechanism eventually evolved into combining it with the construction of a new dock.”

The new docks cost about $2.6 million and were constructed using funds provided partially through city stormwater fees. Aside from helping the city collect stormwater debris, the structure also allows for local residents and visitors to better appreciate Lake Howard.

“This structure is not just a dock, but an attractive and useful city destination and attraction from land and water and by air,” he said. “This dock provides a showcase of what Winter Haven lifestyle is all about. It is unique, useful, and it provokes a sense of pride in all of us.”

Bob Gernert, Director of the Winter Haven History Museum, expounded upon the historical significance of the docks. He mentioned how a visioning effort was conducted 20 years ago to help provide a focus on potential downtown renovations. The visioning effort identified the Chain of Lakes as the main asset of the city, and how city trails such as Lake Howard Trail helped to accentuate this asset, he said.

“This dock is an amazing statement for the city,” he said. “This is the first time that we had a true statement on the lake that welcomes people on the water to enjoy it. Right here is an amazing confluence of things since they completed 7th Street.”

“This celebration this evening signifies the important role our city plays in enhancing the quality of life our citizens all around our city,” he said. 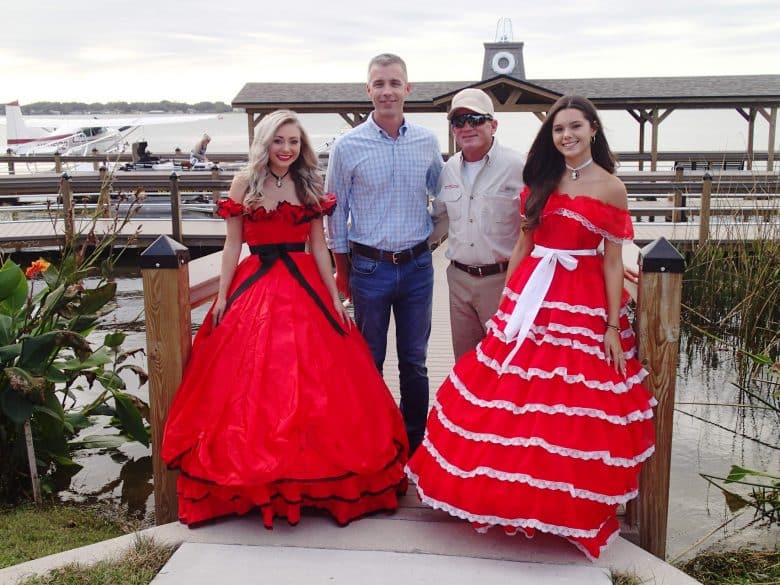 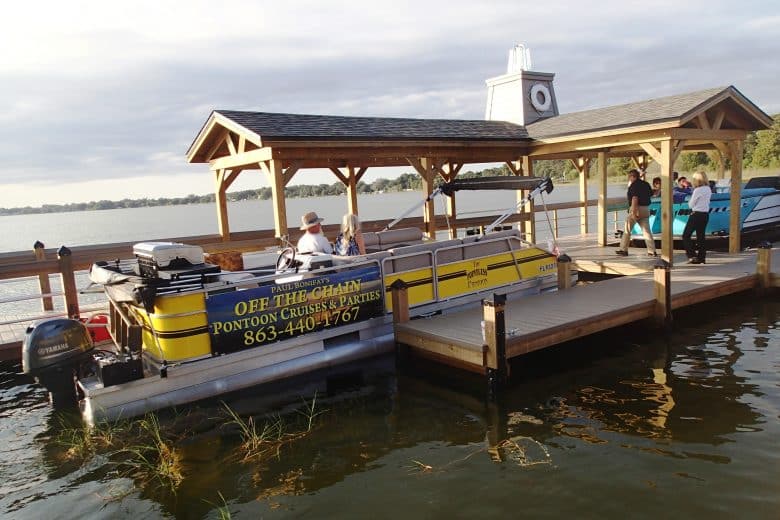