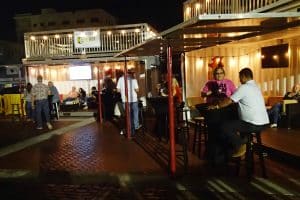 Cloudy skies and light rain could not stop people in Downtown Winter Haven from having a “Wunderbar” time with beer, brats, and plenty of oom-pa-pa music.

Wearing rain jackets and carrying umbrellas, these brave attendees withstood the rain for a chance to down craft beer, take a bite out of barbecued bratwurst, and otherwise have a Wunderbar time listening to live musical entertainment. 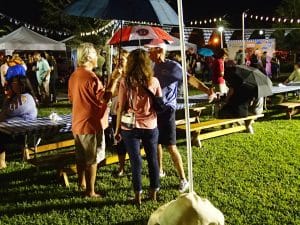 This year saw the addition of a special private VIP area provided by MyBox, a company that rents out movable containers that serve as bar and seating areas for special events.

Several dozen local businesses served as vendors that evening, including a handful of local breweries including Swan Brewing Company and Grove Roots, all of who helped offer fresh servings of locally-brewed craft beer.

This was the third year that Grove Roots attended the annual downtown event. The local brewery had been participating in local events such as this since it first opened, explained Morgan Wilson, Grove Roots Chief Operations Officer and Bar Manager.

As someone who is also on the Board of Directors for Main Street Winter Haven, Wilson has been working closely with the other board members towards achieving their initiative of attracting more local breweries to the area and having them involved with events such as this, she said.

Grove Roots, since opening three years ago, has maintained a “community-centric” philosophy by participating in events such as the Oktoberfest, as well as helping give back to the local community through various fundraisers.

“We have been doing this for three years, and we will continue it,” Wilson said. “I love seeing the community come out, not only as an art community but as a local community as well.”

This Oktoberfest has been growing over the years since it first started back in 2008. The event has experienced tremendous growth in turnout, vendors, and participation, explained Sean Greear, President of Main Street Winter Haven. 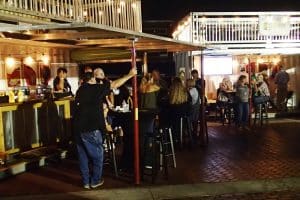 “We learn every year that we are getting better and better at doing this event, and we learn from any mistakes we have,” Greear said. “There is more proof in the pudding that more people want to sponsor this event so it is a good thing.”

Greear attributes the local community to the event’s success in recent years. More and more people have been turning out for a great time, and he expects more people to continue turning out in the future. 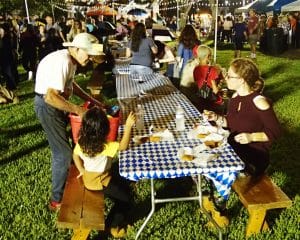 “How can you not like it?” he asked. “It is good food, good beer, good music, good people, good vibes. Why not? Celebrate Downtown Winter Haven. Eat more, drink more, and sleep less.” 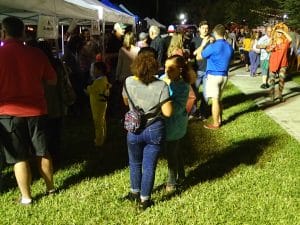 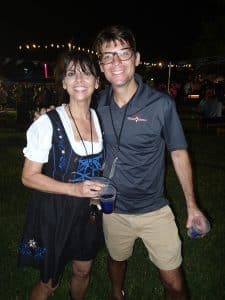