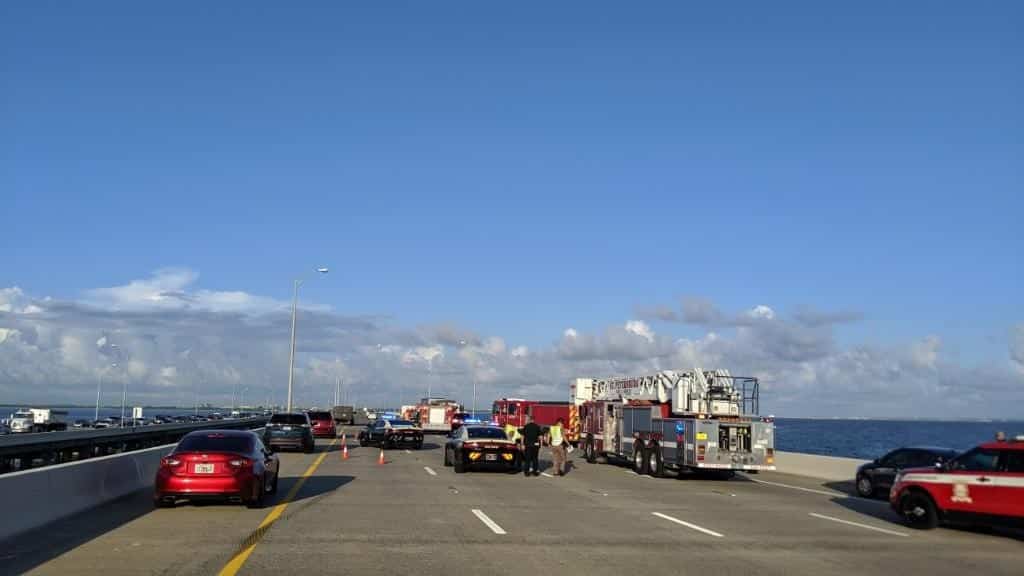 Update 8-29-19  4:00 PM: On August 29, 2019, after a second day of extensive searching on the part maritime units of the Pinellas Sheriff’s Office, Hillsborough Sheriff’s Office, US Coast Guard, Fish & Wildlife Commission, and the St. Petersburg Police Department, Hiran Reis Vaz, 53, of Tampa, was located deceased in Tampa Bay near the Howard Frankland Bridge. FHP Troopers continue to investigate the fatal crash.
Update 8-29-19 9:30 AM: To-date the occupant(s) of the Saturn SUV have not been located. Members of the Pinellas Sheriff’s Office, Hillsborough Sheriff’s Office, St. Petersburg Police Department, FWC and Coast Guard will again utilize their marine resources to continue the search today for the missing occupants.
The crash itself remains under investigation by FHP Troopers at this time.

FHP Troopers continue to investigate the events that occurred along the Howard Frankland Bridge early this morning.  Details are subject to change as additional evidence is uncovered.  Any witnesses to this incident are asked to contact the FHP by calling 813-558-1800 or *FHP (*347).  Please see the updated media statement below.

Update: V-1 (2015 Ford F150) was traveling southbound on I-275 in the inside lane near the 34 milepost. V-2 (2016 Saturn SUV) was traveling southbound on I-275, overtaking V-1 at a high rate of speed in the inside lane. V-2 then began to tailgate V-1. V-2 made a lane change to the inside center lane; V-1 countered and made a lane change in front of V-2. V-2 made another lane change back to the inside lane and attempted to pass V-1. As V-2 was attempted to pass, V-1 made another lane change into the path of V-2. As a result, the rear left side of V-1 collided with the front right side of V-2. Post-impact, V-1 rotated counter-clockwise into the center concrete wall while V-2 was redirected to the outside shoulder, rotating clockwise and overturning multiple times. V-1 came to final rest northbound and blocking the inside center and outside center lanes of southbound I-275. V-2 collided with the outside concrete barrier, traveled over the wall and into Tampa Bay. 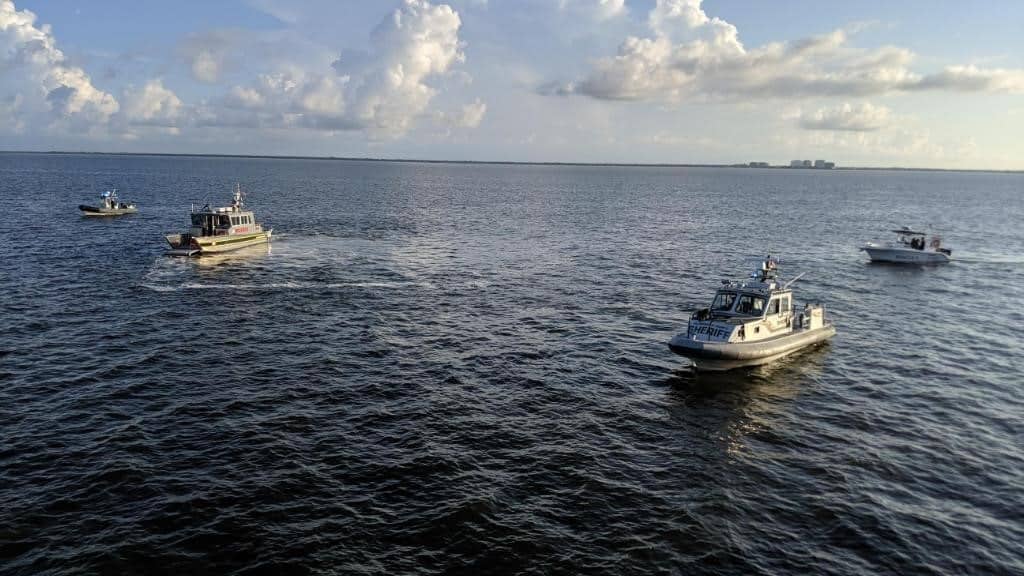 Update: Two inside lanes of southbound I-275 are now open; crews continue to work at this hour to recover the submerged SUV.  The occupant(s) have not been located.

FHP Troopers are investigating a multi-vehicle crash at the 34 milepost, southbound, along the Howard Frankland Bridge.  All lanes are currently closed; traffic is passing on the inside shoulder only.  Marine units are also on scene as one vehicle entered Tampa Bay.
Update: a white SUV has been located at this time. 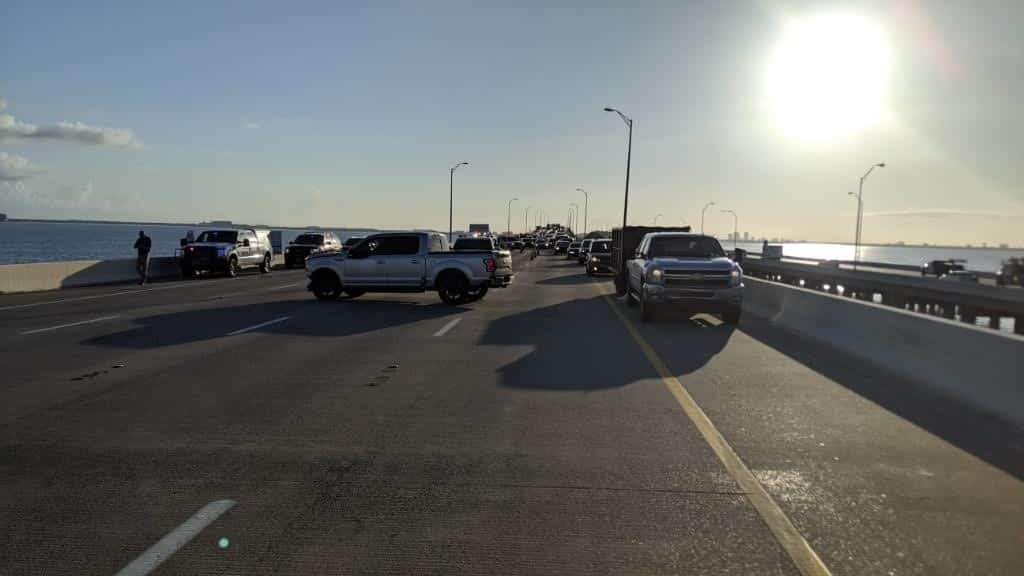 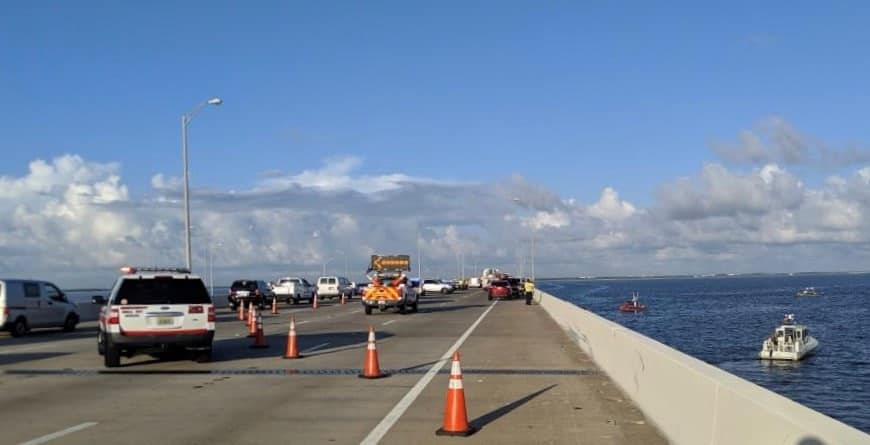 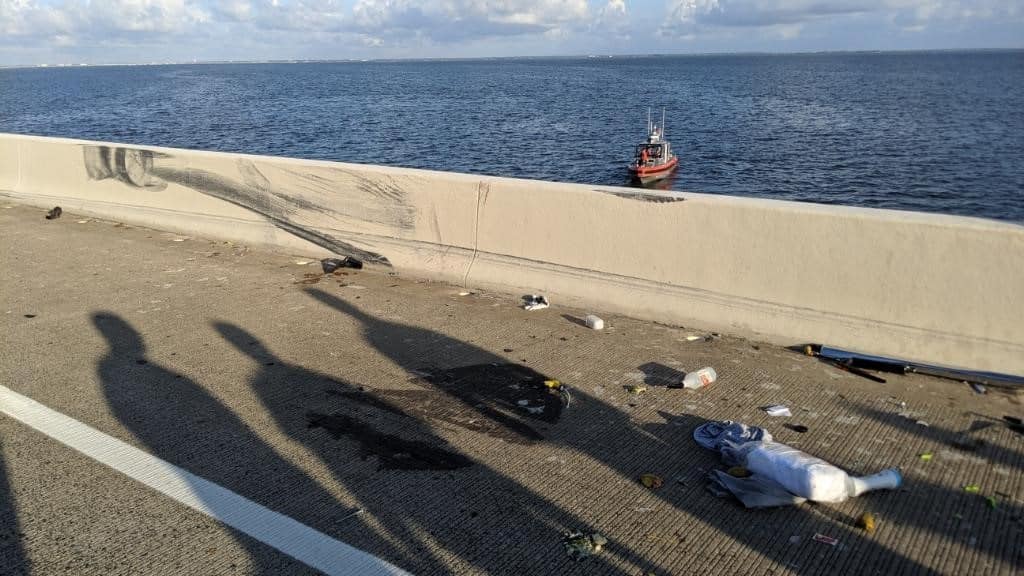 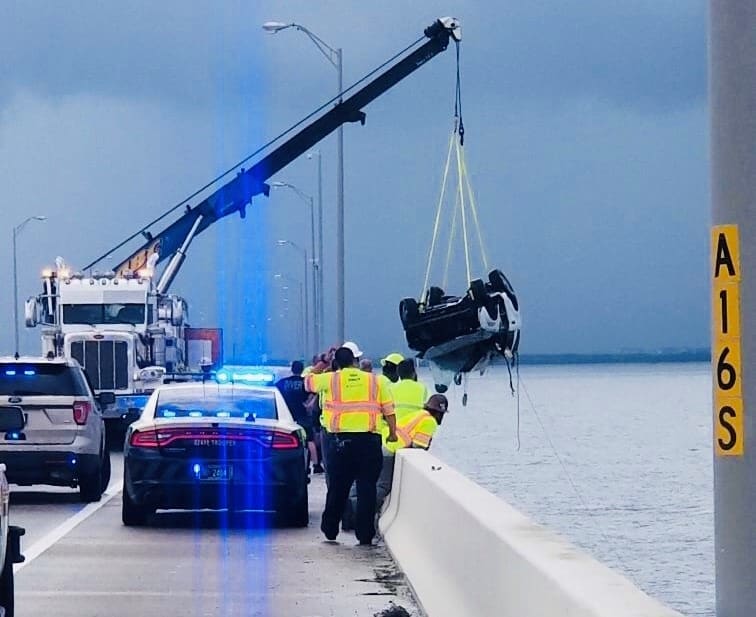 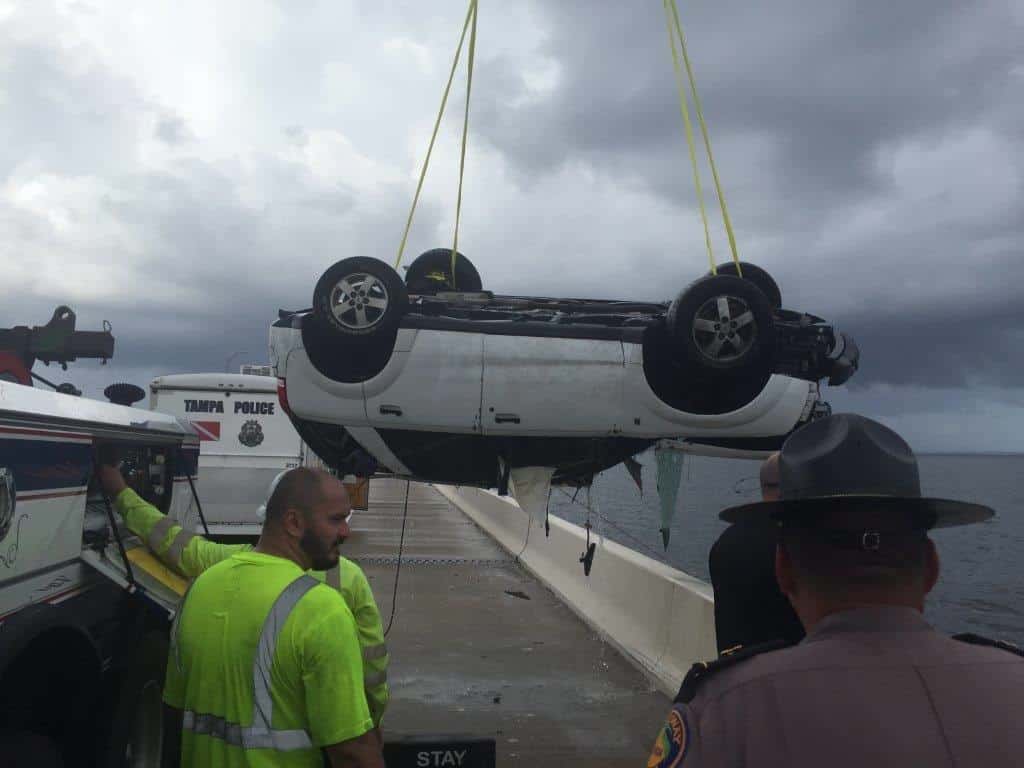 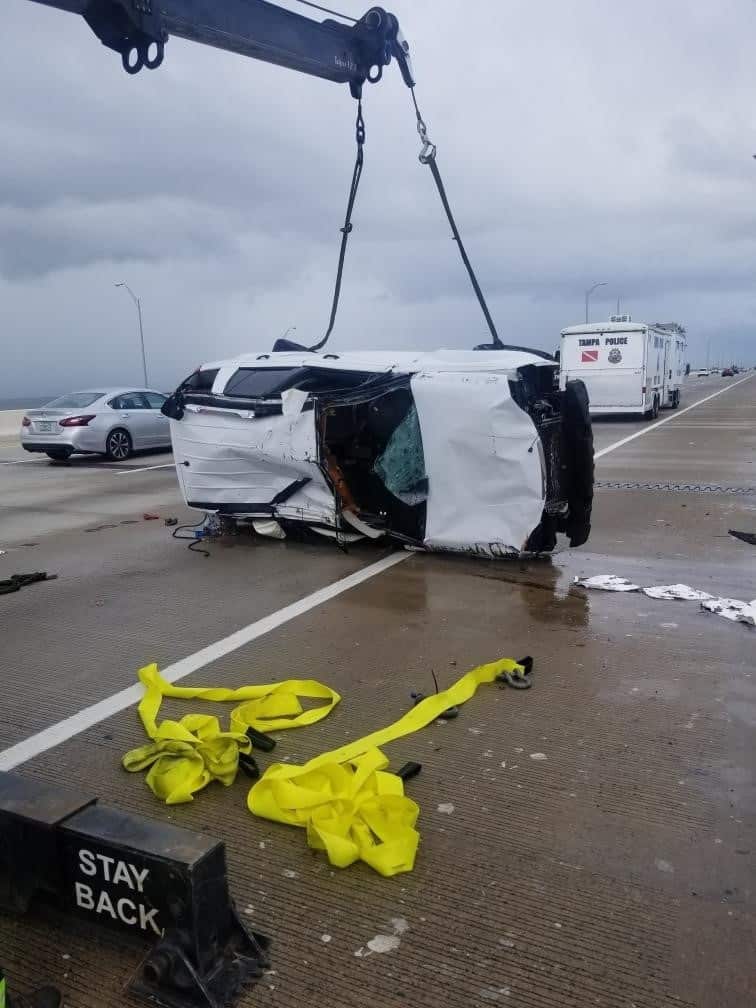 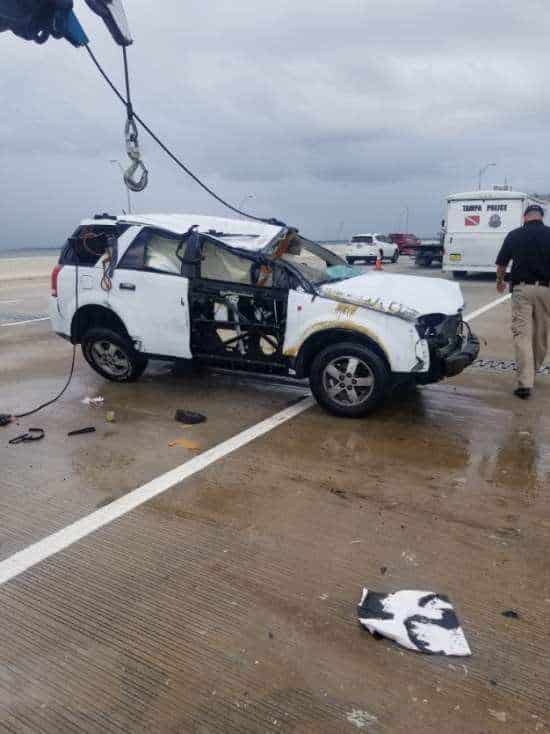 Skyway Bridge Closed Due to Excess of 40 MPH Winds