One officer approached the driver’s door while another officer was standing at the front of the vehicle. As the officer at the driver’s door attempted to make contact with the driver, 23 year-old Douglas Davis, Jr. (DOB 9-21-95,115 Ave. E SE, Winter Haven) started acting strangely and reached down under his seat.

The officer attempted to get Davis out of the car when he hit the gas forcing the car into the path of the officer standing at the front of the vehicle. Fearing for his life, the officer fired through the windshield striking a backseat passenger in the shoulder.

The driver fled the area at a high rate of speed ultimately coming to a stop after the car was disabled when it jumped a curb at the corner of Ave. F SW and Fourth St SE, approximately a quarter of a mile away. Davis and two of the passengers ran from the vehicle leaving the injured back seat passenger inside of the vehicle. Officers located one juvenile female hiding in nearby bushes and a second juvenile male turned himself into the Winter Haven Police Department. Davis has still not been located and a warrant for his arrest has been obtained.

The injured male who was in the backseat was transported to Lakeland Regional Health with non-life-threatening injuries. 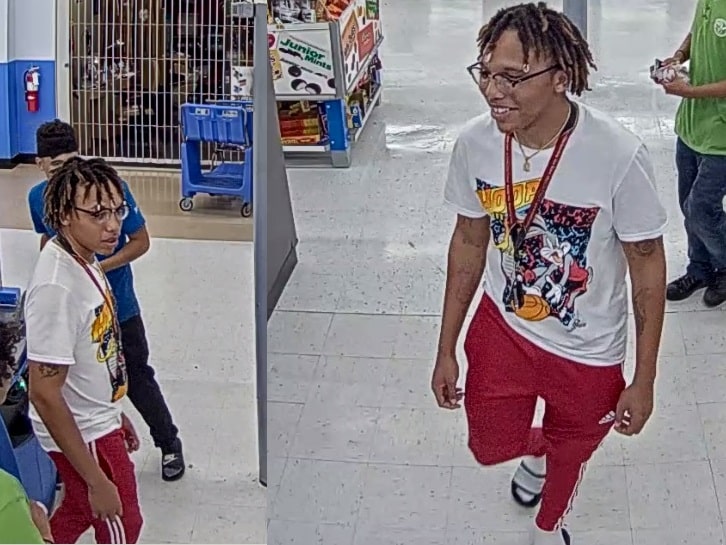 ** Photos obtained from Walmart of Davis  just prior to the initial encounter at Cambridge Apartments.