Both boxers traveled to Tampa to fight in one of the biggest matches in the area. Both walked away with the chance to move on to the state championships later this year. 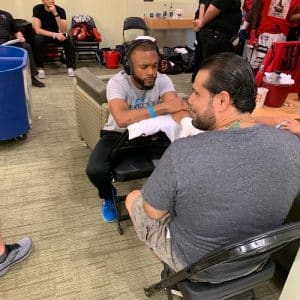 James T Taylor, 36, from Clermont, and Iron Alvarez, 25, Lakeland, both won big that evening against their opponents, and have thus qualified to compete in the upcoming state championships later this year. 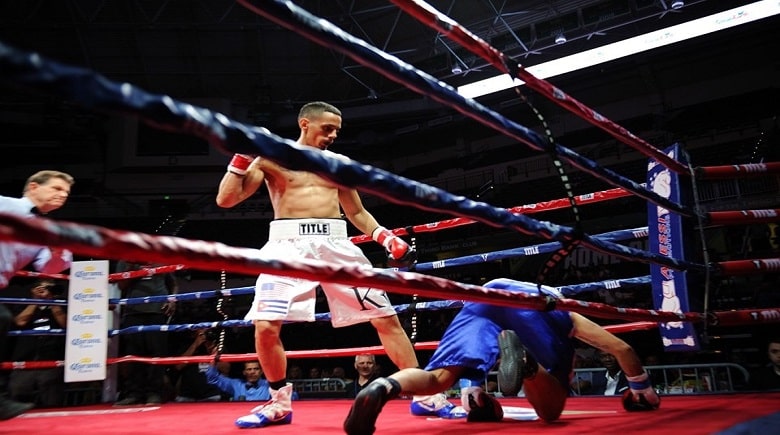 Under the guidance of their coach, Marco Fazzini, both of the boxers have been able to fine-tune their boxing prowess and skills, allowing them to achieve their victory that Saturday evening.

“I think they both did well…through their hard work and [by] listening well [to me] in the corner,” Fazzini said. “We have some big wins, we are going to box soon and hopefully earn in September and keep fighting.”

Here is the profile and story behind both winning boxing club members: 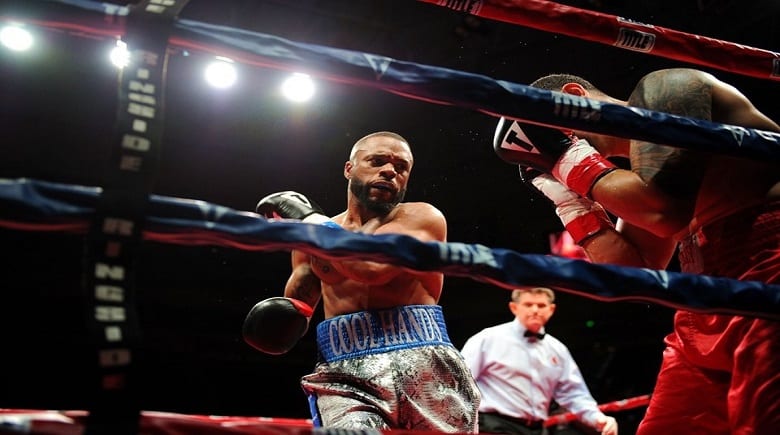 When Taylor stepped into the ring to face his opponent, he did not know what to expect. Most professional matches allow participants to learn about their opponent beforehand. But for this match, Taylor knew nothing beforehand, neither his strengths, nor his weaknesses.

However, while Taylor may have entered the match without being well-informed, he was still well-prepared, having trained hard before hand to ensure that he was on his A-game.

Once the bell rang starting the match, Taylor took some time to study his opponent’s moves and patterns. Once he had a good impression of his opponent, he was able match him and his moves quite flawlessly. 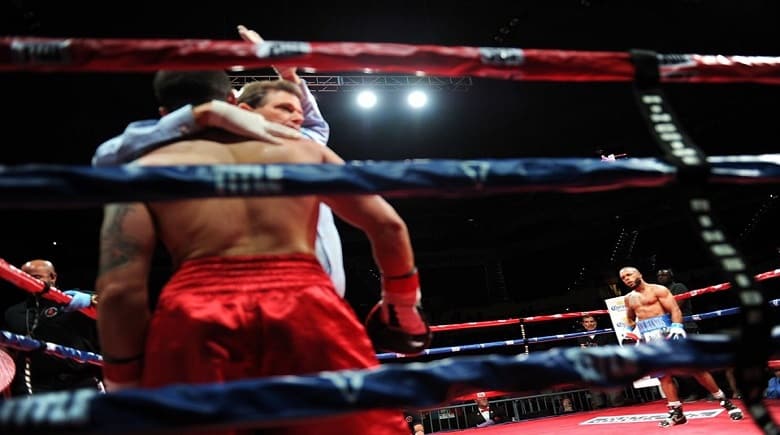 “First time I had seen [him], I could get a visual of how he moves, and then I got in the ring with him and feeling him out a little bit, and I could tell that I could pick him apart and overpower him,” he said.

Taylor quickly noticed that his opponent couldn’t deflect his attacks from the left, so he quickly spammed attacks from that direction, and in no time flat, he had won via knockout.

“J.T. seemed to have rushed into the fight, but he learned to pick up his rhythm and he took the guy out pretty easy the second round,” his coach, Fazzini, said.

Born and raised in Columbus, GA, Taylor has been boxing since 2004. Over the past 15 years since then, he has gained enough experience boxing professionally that he opened his own gym in Clermont.

Even serving as a coach himself, Taylor proves that you can still teach an old dog new tricks as he joined the Winter Haven Boxing Club five years ago. Since then, like iron being sharpened by iron, he began to improve his skills under the watch of coach Fazzini.

“I liked the way he coached,” Taylor said. “I have much respect for him, and I decided this is the person I was going to use to help me get to where I need to be with, and I have been working with him ever since. It has been one of the best partnerships thus far.” 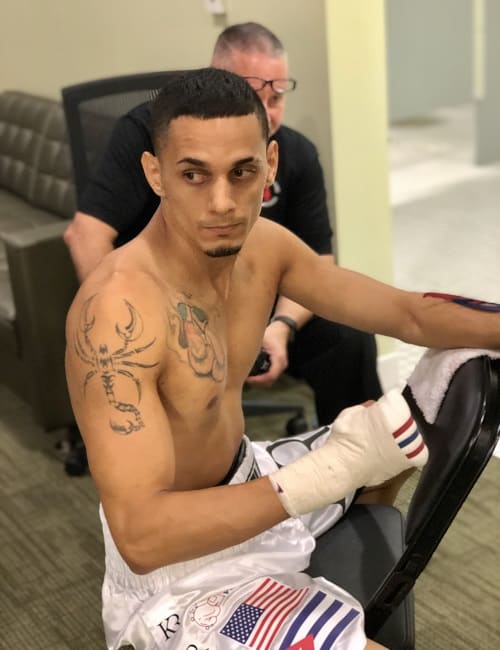 When Alvarez faced his own opponent during his match, this Lakeland native only had about six years of boxing experience under his belt. Nevertheless, through eight wins by knockout, he was able to gain victory and qualify for the state championship this December.

“Everyone had expected a good and long fight from [my opponent] because he has more experience than I do; but I trained hard and often, and I overcame him,” he said.

As someone who started shadowboxing in his basement, he quickly entered the boxing scene six year ago when he joined the Winter Haven Boxing Club under the tutelage of Fazzini. Since then, he has learned more about the sport and gained enough skills for his big fight on Saturday.

“When I started boxing, I didn’t know anything about it. Now I know,” he said. “I love the training here. We treat each other like family.” 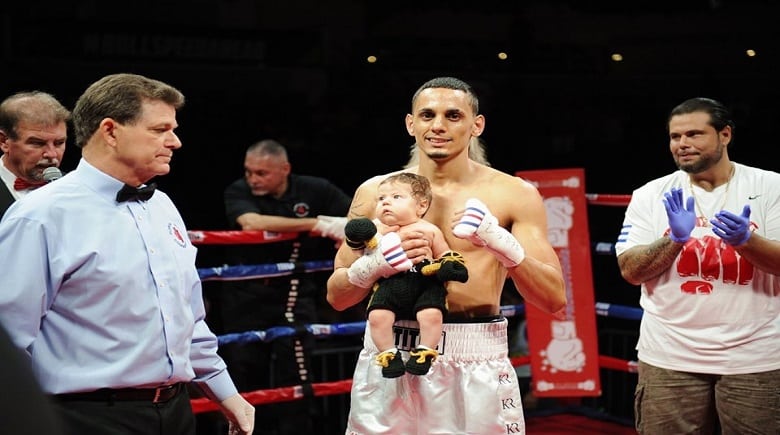 Since becoming a full-time boxer two years ago, he has spending whatever free time he has after work training hard in the gym. Since then, he has gained muscle as well as prowess, to the point where there is no challenge he does not feel he cannot overcome. 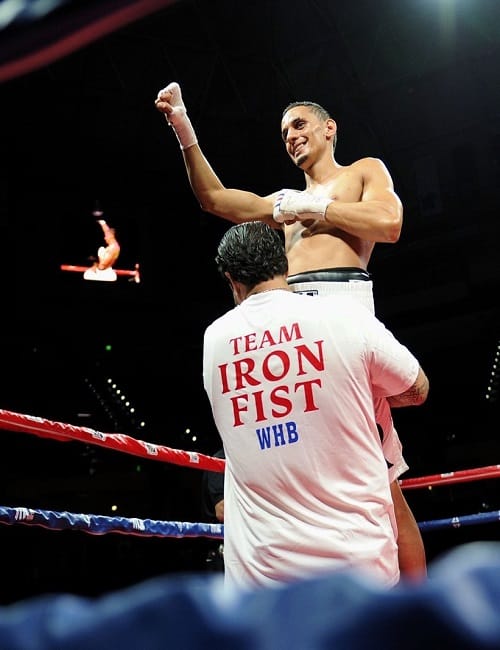 “I face no challenges because I love it boxing, I love training hard,” he said. “I became stronger, not losing any weight. [I will] keep on training, fighting, and winning until I become a world champion.”