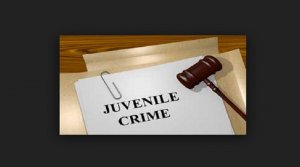 Two 16 year-old Juveniles Cause Quite A Stir in Downtown Winter Haven
On 7-30-19 at approximately 12:24 p.m., Winter Haven Hospital security guards spotted two juveniles inside of the fenced parking area across from the hospital. This area is a gated, restricted parking lot that is not open to the public. The pair were acting suspicious and pulling on door handles to vehicles.
The witnesses contacted police and a Winter Haven officer and a Polk County Sheriff’s Office deputy that was in the area responded to the parking lot. As the deputy attempted to make contact with the pair, they both ran towards the downtown area of Winter Haven.

Once they reached the downtown area, they scaled the back wall of a Fourth St. NW building through the back alleyway and were running along the roof in an attempt to hide from the numerous officers that were in the area. The Polk County Sheriff’s Office helicopter responded and kept an eye on the air as they attempted to hide on the rooftop.
Ultimately, the pair was taken into custody after they crawled down off the roof to awaiting officers. The juveniles, who both are currently on probation, one Disorderly Conduct and the other for Simple Assault, were both charged with Violation of Probation, two counts of Resisting Arrest W/O Violence (M1) and one count of Loitering and Prowling (M2).