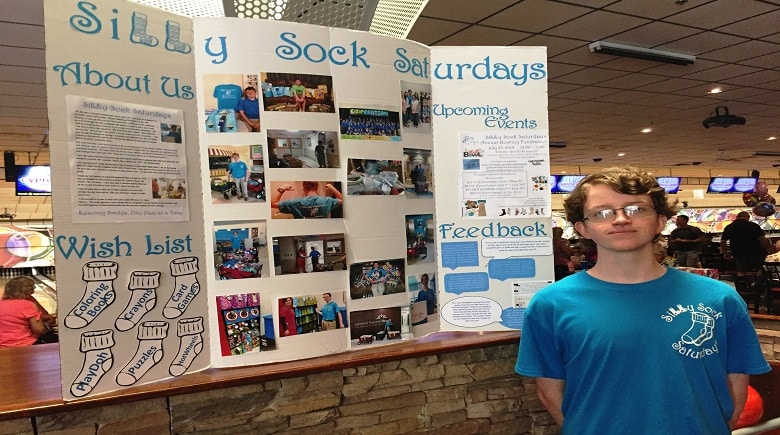 Two years ago, Zachary Kirkland decided to give back to his community by collecting and distributing socks and other items to children in the hospital.

What started as a simple school project soon evolved into a full-blown 501c3 non-profit, Silly Socks Saturday, which has been honored with multiple awards and continues to provide donations to hundreds of hospital-bound children.

Kirkland and his family celebrated the two-year anniversary of his charitable organization through a fundraiser hosted at Cypress Lanes in Winter Haven on Saturday. 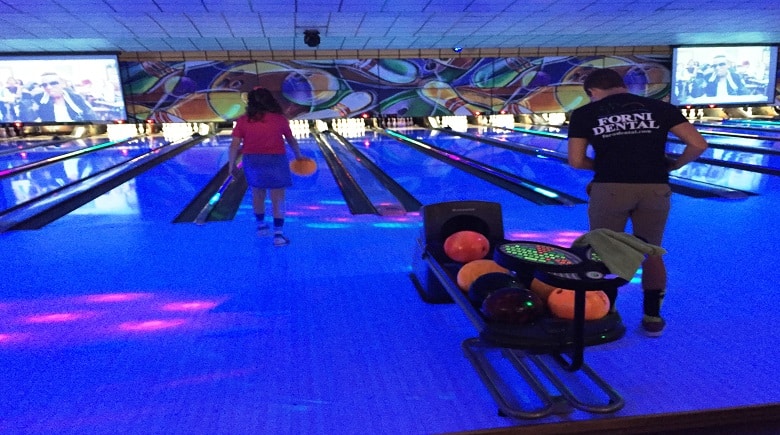 This was the second year that Silly Socks Saturday hosted a bowling fundraiser at Cypress Lanes. As with last year, attendees could attend, purchase raffle tickets for silent auction prizes, and have the proceeds of their games go towards Zach’s charity.

Zachary loves bowling, especially with his high school bowling team, so the Cypress Lanes bowling alley seemed to be the perfect place for him to host his fundraiser, he said. 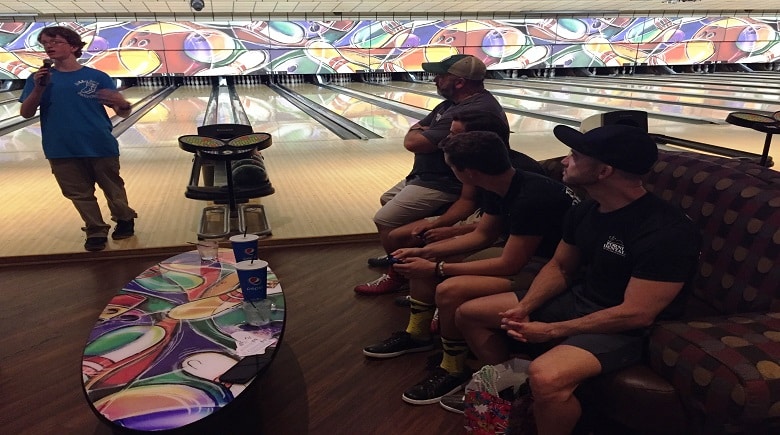 This year’s event drew in a larger turnout than last year’s, with the entire house turning out, Zachary said. Their event had been promoted on Facebook and other social media since last year’s event ended, so more people had expressed their interest in attending. 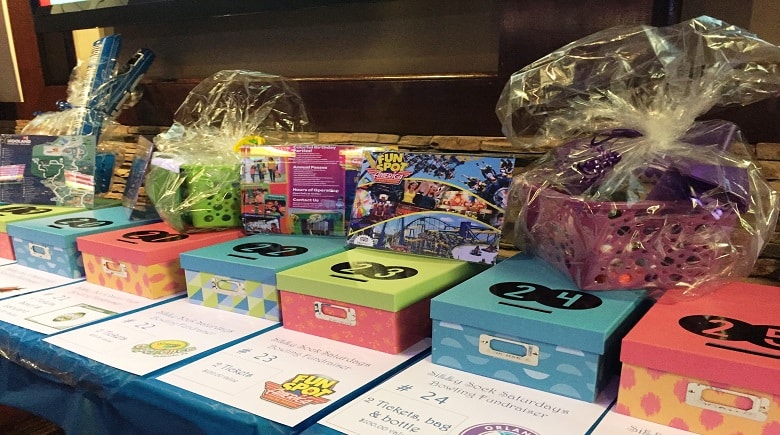 “Just to know that we are reaching out to that many people, and that many people want to come and support a non-profit and have fun at the same time, we are just super excited,” Zachary said. 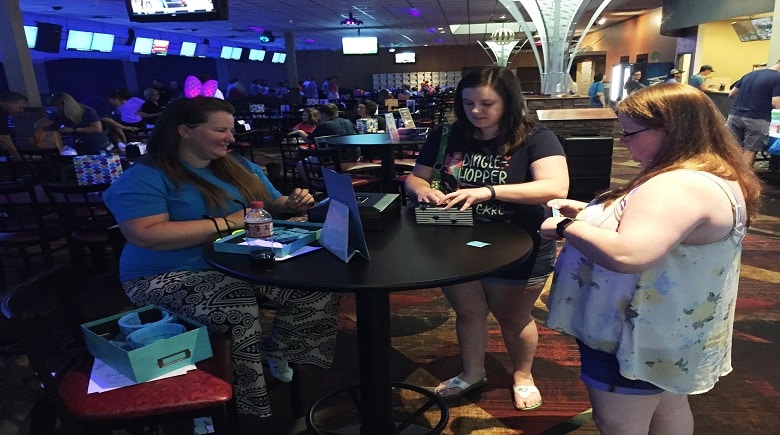 Zachary developed his non-profit organization for a class project. He and his classmates were tasked with coming up with an idea to help their local community.

Zachary has many friends and family in the hospital who would often request different items like socks. That inspired him to collect and donate those items, which is how Silly Socks Saturday was started. 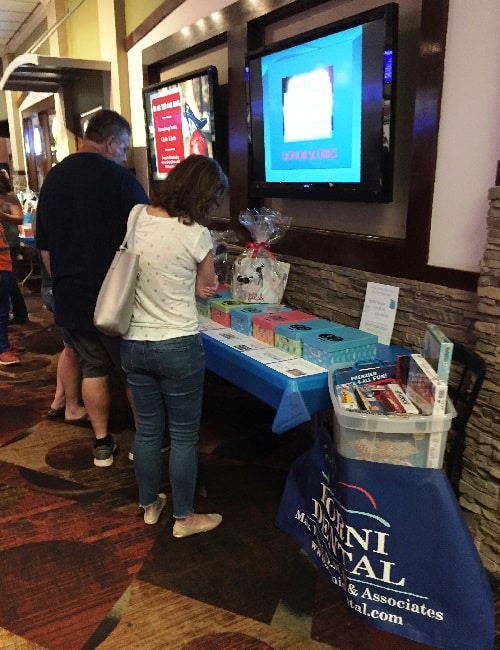 Every second Saturday of the month, Zachary and his team visit Lakeland Regional Hospital to visit the young patients there and provide them bags of donated items like toiletries and small toys.

When they first started nearly two years ago, they initially provided 30 bags a month; now that their organization has grown in size and scope, they’re able to donate 50 bags a month, Zachary said. 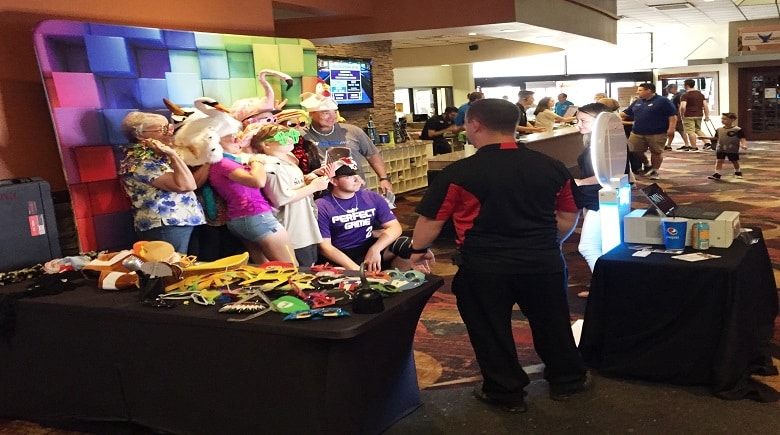 Now that Lakeland Regional has opened their new Women and Children’s Clinic, Zachary and his fellow volunteers have likewise expanded their outreach to more patients, and he hopes to be able to help more people in the future, he said.

“We have been able to grow as they have been growing, and it has enabled us to keep going and do what we are doing, and we are hoping that as it keeps spreading, that we will be able to reach out even further,” he said. 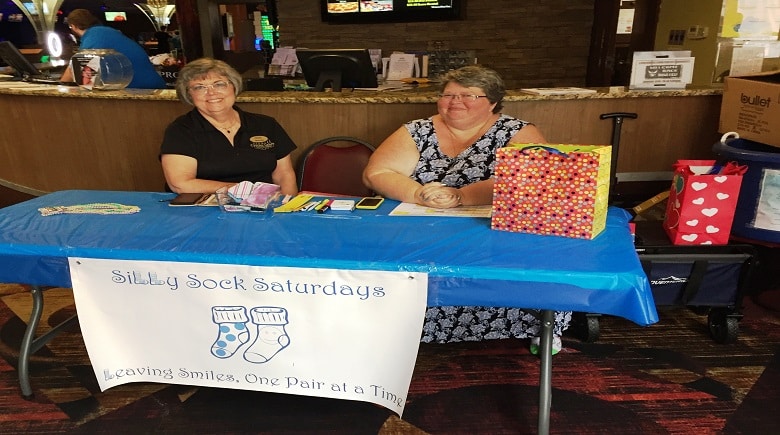 Dianne Forcier, Zachary’s mother, has been helping him with his charity since it first started. She is extremely proud that her son has accomplished great things with it, and she expects even greater things with it moving forward.

“I am proud of him,” she said. “[We hope] Just to continue to be able to do it to grow and reach more people.”

His father, Scott Kirkland, owes his success to his upbringing through the church and scouting. Knowing that his son has accomplished so much in so little time makes him nothing short of proud.

“I am very blessed to have him as a son,” he said. “He is doing great things…Things are going real good. He will have a great future, he plans on expanding and going out to other hospitals and doing great things.”