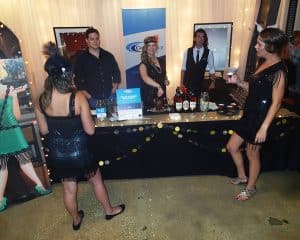 When not accompanying big-name stars like Stevie Nicks and The Allman Brothers, world-famous guitarist Les Dudek loves to enjoy good company with booze and friendly people. He had a chance to do exactly that on Thursday evening during the 17th Annual Bartender Bash at Venue 650 in Winter Haven.

As this was his first time attending the event, Dudek didn’t have any expectations when he arrived at the party. Nevertheless, the event more than satisfied him as he enjoyed an evening mingling with local business owners and residents.

So much did he enjoy the party that he plans on attending another local event later this year: Bourbon and Blues at the Gram Parsons Derry Down in September. Being able to sample the local flavor and rub elbows with the locals more than tickled his fancy, he said.

“I love getting together and just seeing some people, rubbing elbows and having fun,” he said. “I never had any expectations. I just came out here to witness it. I want to see some old friends and see how people congregate here and hang out.”

Venue 650 once again packed the house this year with drinks, treats, and camaraderie during the 17th Annual Bartender Bash on Thursday evening. More than a dozen local eateries and bars gathered under one roof to serve samples of their food and drinks. Participating businesses that evening included Ovation Bar and Grill, Ricks BBQ, and Tsunami Sushi. 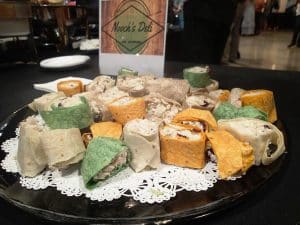 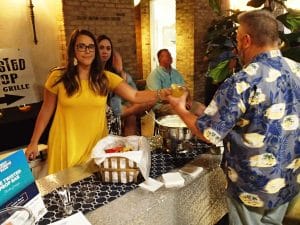 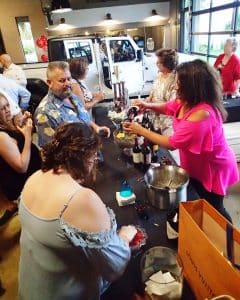 Every dollar raised during the event through tickets and raffle drawings went directly to benefit the Boys and Girls Club Citrus Center in Winter Haven. This year celebrates the merger of the Winter Haven and Lakeland clubs into one entity: Boys & Girls Clubs of Polk County.

Now that the East and West Polk County clubs have been merged into a single entity, the two clubs will now be able to utilize their shared resources to better help local children, especially those of lower-income working families, through it’s many after school and summer programs.

Of the nearly 100,000 county residents potentially living near or at the poverty line, many have to work full-time jobs to support their families, often requiring their children to be left alone and unattended. The programs offered through the Boys & Girls Clubs allow these children an outlet where they can be attended to while their parents are busy making a living, explained Stephen Giofano, President and CEO.

Currently, their organization serves 2,000 county residents, and they expect to serve up than 10,000 in the near future moving forward through their collective shared resources, he explained.

Giofano has been overseeing its newly-merged organization for the past six months. With this being his first Bartender Bash, the event has more than exceeded his initial expectations. The participation he has seen at the event with people gladly donating their money to his cause has been nothing short of inspiring.

“Every day at my job, I get to be blown away,” he said. “When I am here, and my phone rings with a new donation, I am like, my goodness, is our community giving to our kids. So I am blown away.”

The Bartender Bash started 17 years ago. Debbie Tennick, a board member, was inspired to create a fundraiser once she had joined the board for the Boys & Girls Club and learned that it needed to raise $10,000 to support its summer program. 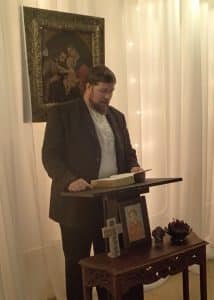 Since then, the event she helped start has been growing in numbers and donations. This year has especially exceeded expectations with the event raising more money than last year within the first few hours that the doors opened, Tennick said.

Part of their success has been due to the lack of overhead for the event. Everything is donated. The venue is donated by Venue 650. The food and drinks are donated by local bars and eateries. And the work is all done by volunteers who donate their time. This has allowed all of the proceeds to directly benefit their organization, Tennick explained.

“I want to thank everyone who has been involved with this, the committee, all of the bars that have sponsored us and called out all our names,” she said. “It has taken everyone coming together and stepping up to the plate and saying I will do this and doing more than what they said they would volunteer to do.”

To learn more about the new Boys & Girls Club of Polk County, visit their website at: https://www.bgcpolk.org/ 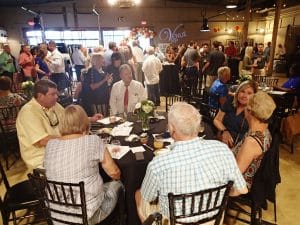 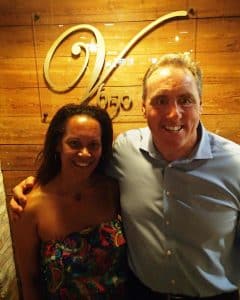