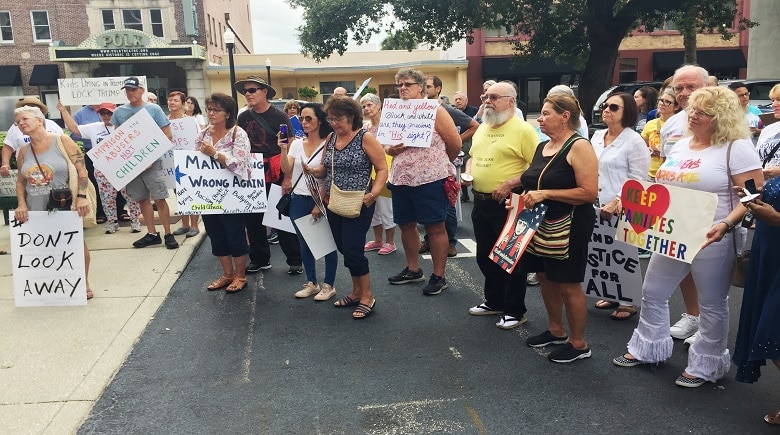 One day, a young boy snuck into his father’s room. He opened up the closet to discover his father’s army uniform. He put on the uniform, stood on the bed, looked in the mirror, and posed with a salute.

Just then, his father entered the room and asked him what he was doing. Scared, the young boy was about to dart off of the bed, only to be caught in his father’s loving embrace. 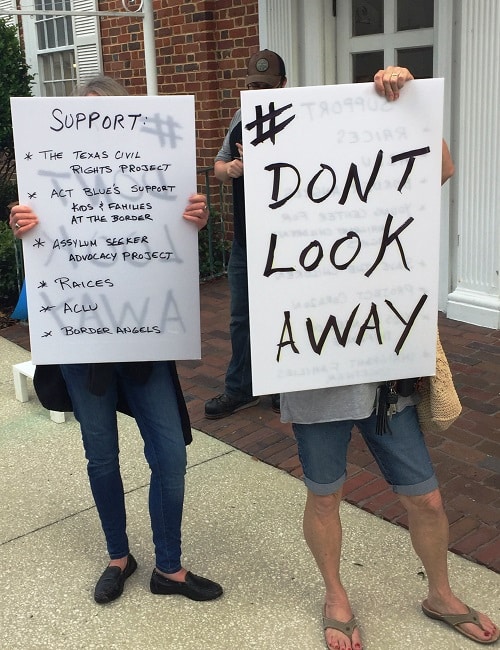 “It was that moment that the little boy saw his dad and saw that affirmation, that level of pride that he had with his son wearing that suit,” said Caesar Ramirez, Vice President for the Polk County Democrats.

That young boy was Ramirez himself, and that moment would inspire him to follow in his father’s footsteps and serve in the military. While his father was drafted into the army, Ramirez joined willingly. His father may have been “volun-told”, but he had volunteered, he said. 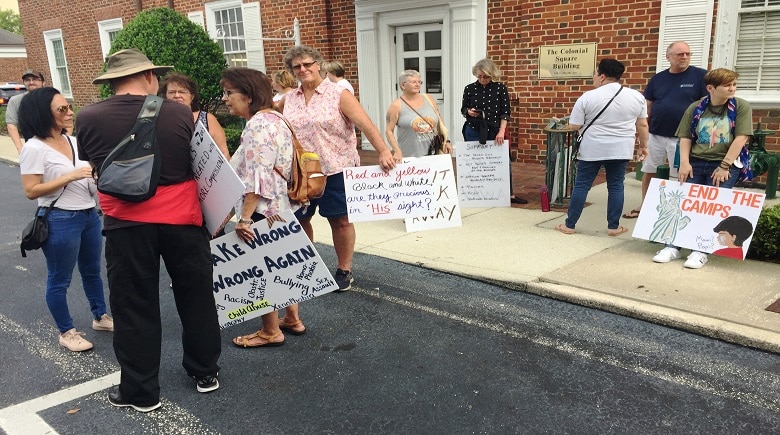 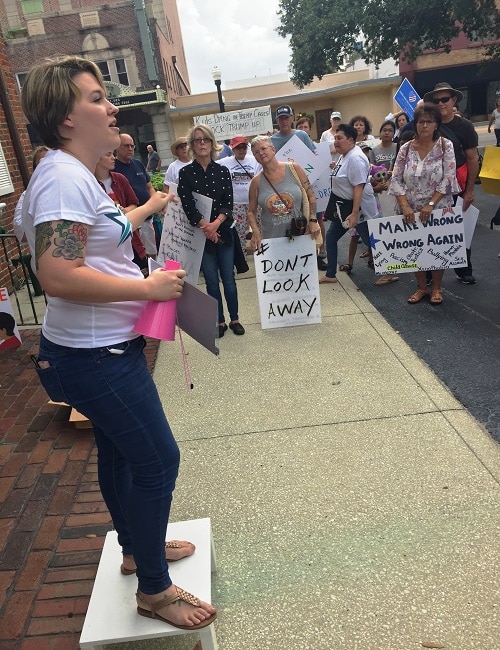 However, while he is proud to have helped protect the blessing of liberty bestowed upon America, Ramirez is saddened that his own country is robbing people of their own basic liberties, as is with the case of the countless families being held in inhumane conditions in immigration detention centers. 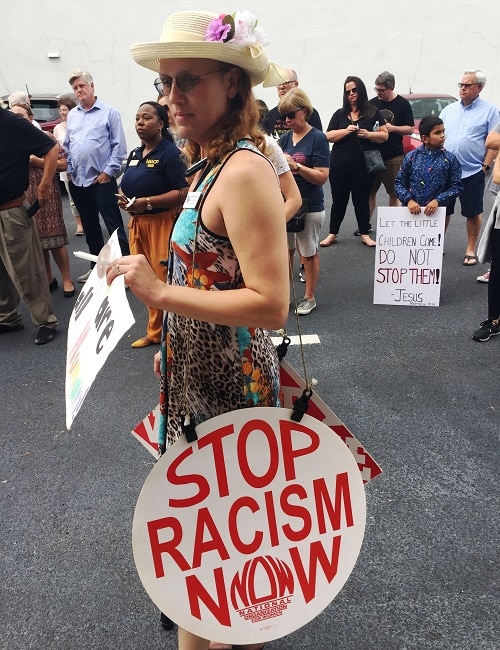 “My dad is in heaven, but I can tell you right now that he would not be happy about what is going on,” he said. “My father was a proud American, and my grandfather was a proud American, and we served. But we didn’t serve so we could treat people like the way that we don’t want to be treated. We wag our fingers at other countries, yet here we are asking ourselves who we are and who have we become.” 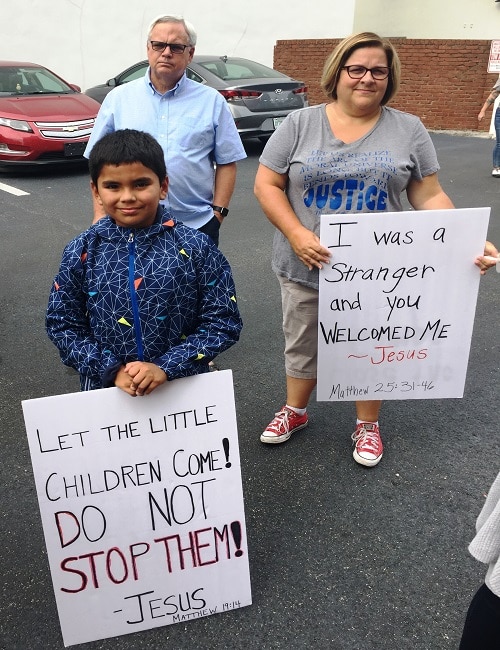 Ramirez was one of many activists who gathered in Downtown Lakeland on Friday to protest the inhumane treatment of undocumented migrants held within detention centers operated by U.S. Immigration and Customs Enforcement (ICE).

Lakeland Lights For Liberty was one of many rallies hosted Friday evening nationwide to protest the cruel treatment of migrants, as well as the nationwide raids to arrest thousands more planned that weekend. 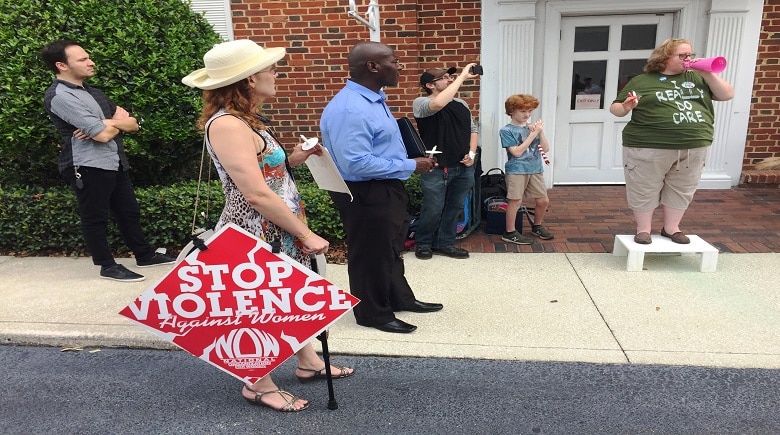 Thousands of activists attended rallies across the nation. The Lakeland rally itself attracted the attention of many local residents. At least 272 people had expressed their interest on the Facebook event page, with 92 claiming to have attended.

Lakeland demonstrators gathered at 124 Florida Avenue South to wave signs at passing traffic and to host a candlelight vigil in respect to detained migrants and their families. Many political activists like Ramirez also used the opportunity to express their solidarity with the event and its cause. 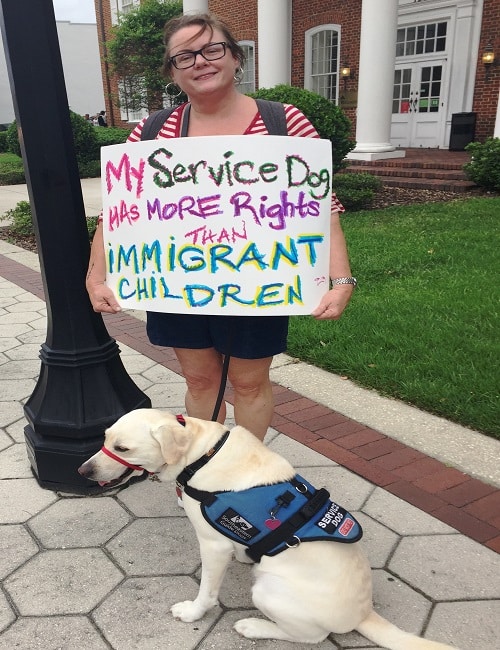 Jackie Vickers of the NAACP Lakeland Branch spoke out against the horrific conditions of the detention camps, how children were denied basic hygiene products like soap and toothpaste, and how adults were often forced to stand in cramped cages due to lack of spacing.

As she detailed these horrific conditions, a few demonstrators exclaimed, “lock him up!”, referring to President Donald Trump, whose strict policies have led to the mass incarceration of migrants within these camps. 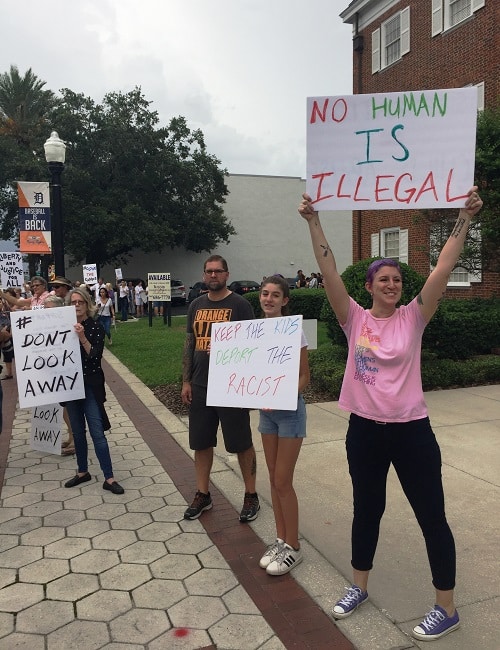 “We come together in unity to speak up against the truly wrong and inhumane conditions that these people are going through at ICE camps,” she said. “Unfortunately, this is all happening on the land of the free and home of the brave. But unfortunately, we have cowards among us. We have some cowards that are allowing men, women, and children to live in such horrific conditions.”

Taylor Aguilera, president for Polk County Young Democrats, expressed her empathy towards the mothers within these camps. As the mother of two children herself, she could not bear the thought of being torn away from them and having them denied basic care.

“As a mother, I cannot imagine what it takes for a mother to look at her children and leave her home, leave her country, leave her culture, to come here, go through dangerous terrain, only to arrive for ICE to rip their family apart at the border and deny them due process,” she said. “This is outrageous. This whole process is disgusting. We must do better as a country, as a society, and as a government.”

Donna Windsor, another member of Polk County Young Democrats, and another mother of two children, also grieves over the suffering being endured by the families within these camps.