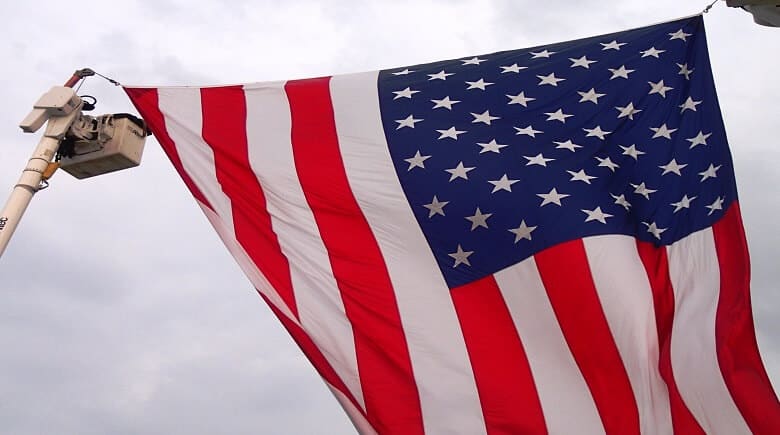 The skies over Lakeland may have been booming with thunder and lightning on Wednesday evening, but rain clouds kept their distance long enough for the sky to boom with red, white, and blue fireworks.

For the 16th consecutive year, Downtown Lakeland celebrated Independence Day with fireworks, festivities, and fine music during its annual Red, White, And Kaboom event at the Frances Langford Promenade. Hundreds of local residents crowded around Lake Mirror for an evening of live entertainment, great food provided by local food trucks, and other fun activities all capped off with the fireworks show shortly after sundown. Even though the weather forecast that evening called for showers and thunderstorms, the rain managed to stay away long enough for the sky to light up with fireworks of all colors.

Elizabeth Hollida, Digital Content Specialist for City of Lakeland, surveyed social media to comb feedback on the event. While she received several concerns about potential rain and doubts about the fireworks display that evening, most of the remaining feedback proved much more optimistic.

“I think it is really good,” she said. “Usually, if there are issues, we start hearing about it on social media. We haven’t heard anything about any event-related [problems]. That is always the first place you hear those things.” Christina Camp, an administrative assistant helping with the event, also concurred that most feedback about the event was positive. Of course, one only had to look up from their phones and around at the crowd to see that, she said.

“Look around, look at the people, they are happy, families are dancing, food is being eaten, no issues that we have heard of,” she said. 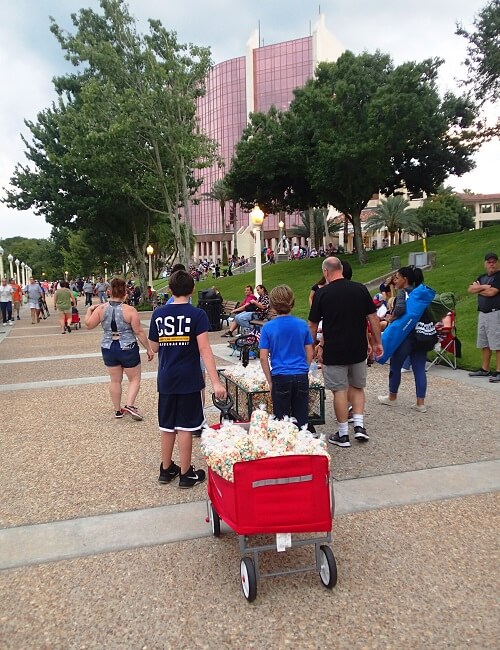 Taking advantage of the large crowds that evening were Volunteers in Service to the Elderly (VISTE), a local non-profit organization that assists local senior citizens, which had several volunteers scout the event for donations of canned goods and money. The event even allowed visitors to make a donation through their phones by texting “Feed Lakeland” to the number “50155.” 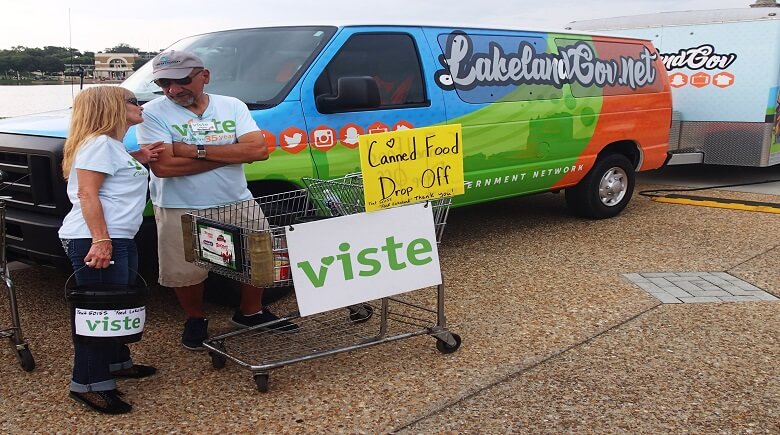 Steve Bissonnette, VISTE President, mentioned how his organization has visited the event in the past seeking similar donations. Last year, they managed to raise $500 and received 1,000 pounds in canned goods, and they expected to surpass that this year, he said.

“This is a great night for our country,” he said. “[We are] celebrating our independence. And we are here helping celebrate as a reminder to people that, as seniors age in our community, their independence is dependent upon us and our willingness to help them out.” 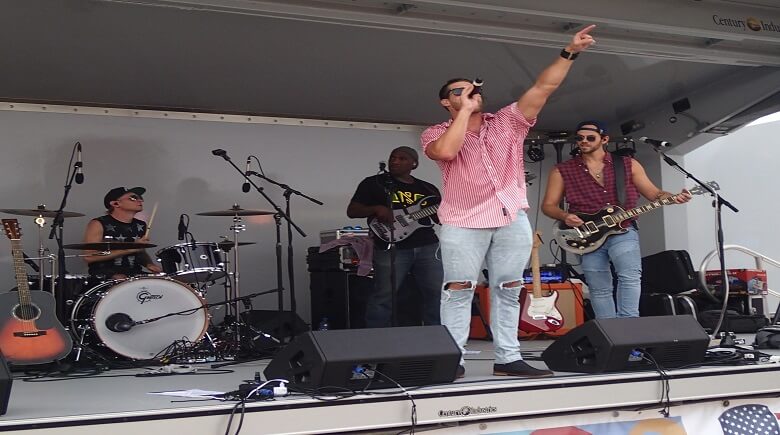 Many residents visited the event and enjoyed it in their own unique ways. Some people simply set up chairs and picnic blankets on the lawn to enjoy the camaraderie. Others played lawn games with corn holes and flying discs.

One local resident, Shani Lynn, decided to capture the artistic essence of the event by painting a scene of the Frances Langford Promenade. A painter for 15 years, she has always tested her skills by trying her hands at new subjects, she said. 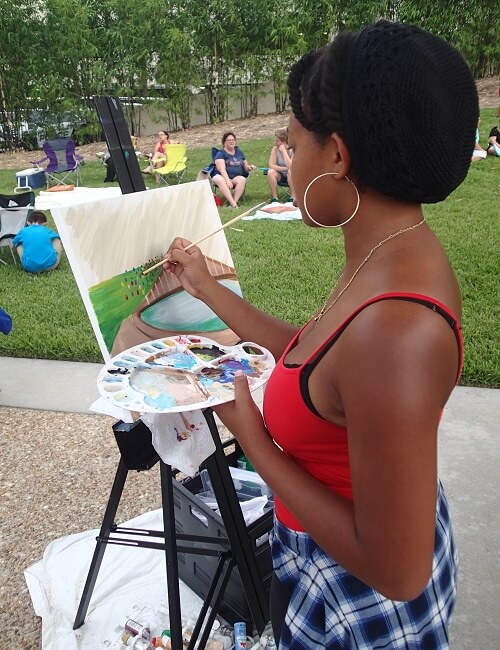 She and her fiancée have been living in the city since February. She loves the city, and finds it very beautiful, making it the perfect subject for her art, she said.

“People get excited when they see a painting in action, so that is great,” she said. “The lake and this place [are] beautiful. I am hoping to get a good painting out of it.” 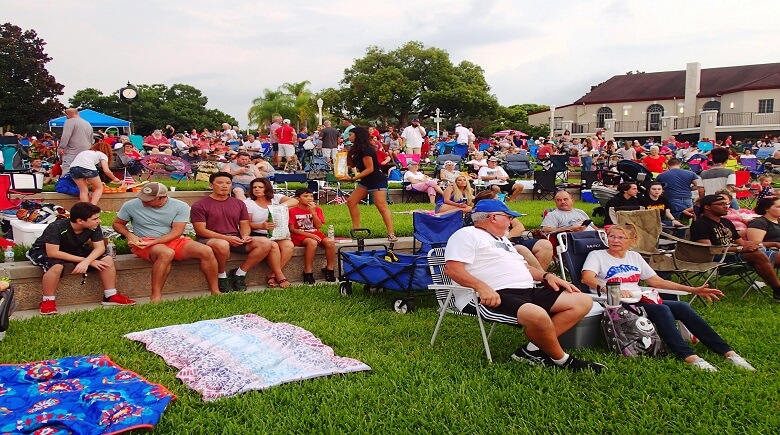