Lakeland’s Fifth Annual Pride In The Park Bigger And Better

Lakeland’s Fifth Annual Pride In The Park Bigger And Better

Jiwa Farrell has her eyes set on the NE District B seat of the Lakeland City Commission. She hopes to use her position as a “voice for the voiceless” within her community, she told The Ledger.

She plans on serving “the voiceless” through many initiatives, including retaining students who attend school in Lakeland, working closely with the local business community, and providing a helping hand to the homeless population. 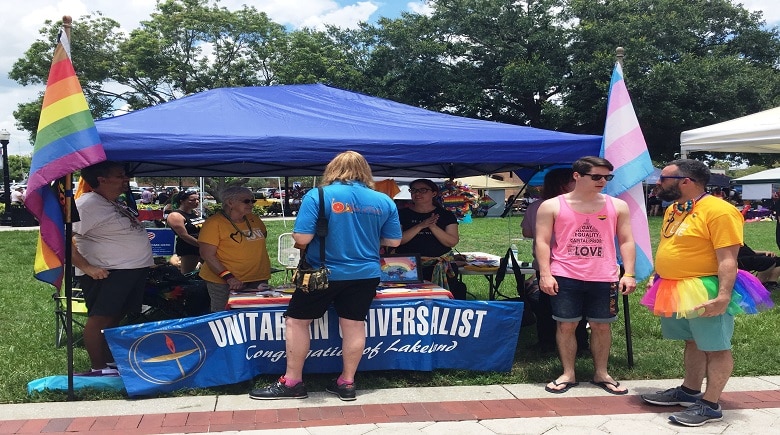 To achieve these lofty goals, she wants to help bring together and support the diversity within her community. Only by understanding and empathizing with our fellow citizens, regardless of their race, gender, or identity, can we better come together to make it great, she explained.

For this reason, she attended the fifth annual Pride In The Park in Lakeland on Saturday. The largest LGBTQ+ pride event in Polk County, the annual event brings together members of various gender and sexual identities within Lakeland and the surrounding areas, even as far as Orlando.

This was the first time that Farrell attended the event. As someone with many loved ones of different gender and sexual identities, and as someone working alongside the Rainbow Ridge Caucus that day, she appreciates how an event like this allows people to enjoy themselves, no matter who they are and who they love. 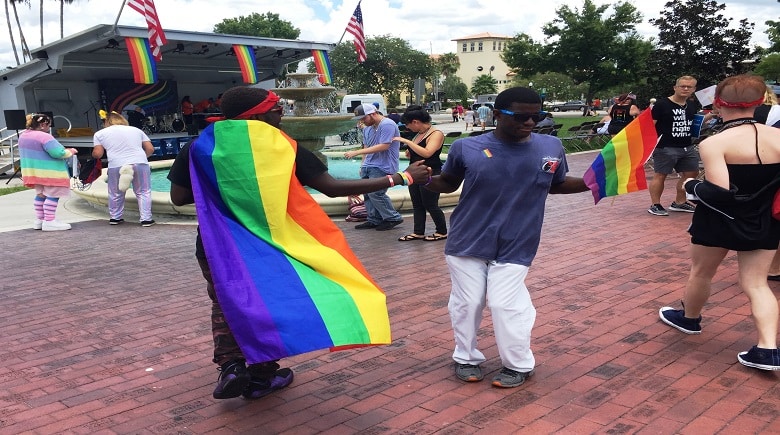 For the past five years, Pride In The Park has provided a safe, family-friendly space for members of the LGBTQ+ community within Lakeland and Polk County to come together in celebration of their diversity and solidarity.

The event capped off an entire week of LGBTQ events within the county, including official proclamations at city meetings declaring that week LGBT Pride Week, a church service hosted by local LGBT-friendly religious organizations, and a special youth event for the young LGBTQ+ members of the local community. 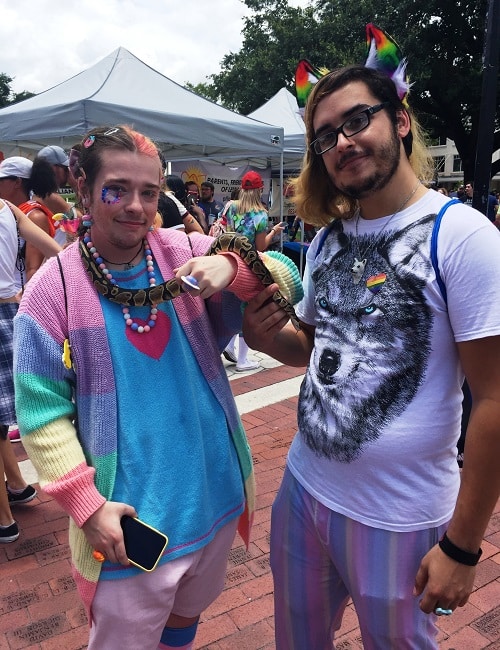 The Youth Pride Party, hosted earlier this week at Skate World, drew in more than 71 local children. That event, along with other events that week, was coordinated by the Lakeland Youth Alliance, a local peer-based support group for kids ages 13 to 20. 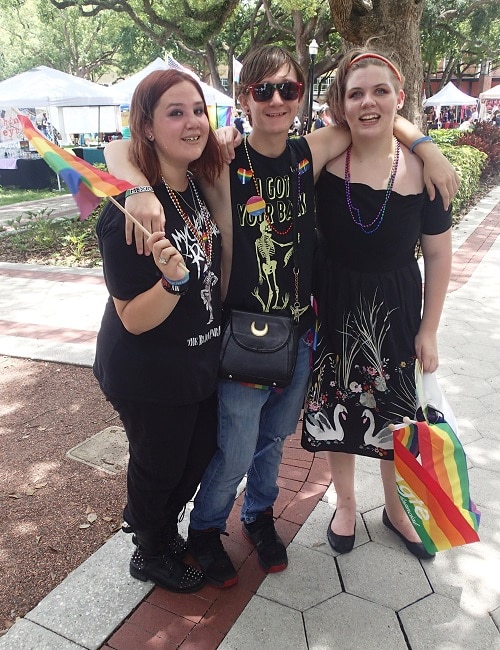 Kerri McCoy, a member of the Lakeland Youth Alliance, and president of PFLAG of Polk County, was also one of the founding members of Pride in the Park when it launched five years ago. During that time, she has seen the local event grow in leaps and bounds, and she hopes it will continue to do so in the near future.

“This is our biggest Pride In The Park yet, so we are really excited that there are so many people out here,” she said. “This event has been an amazing day, nothing but love…We are just going to keep doing this every year and make every year get bigger and bigger. The fact that everybody can come out here and be who they are and love who they love.”

Scott Guira, president of Polk Pride, another local organization that coordinates the annual event, has been with Pride In The Park since its inception nearly half a decade ago. He has also seen the event grow since then.

Last year saw more than 7,000 people attend, and this year certainly saw their numbers exceed that, with more attendees, participants, and vendors, he said. 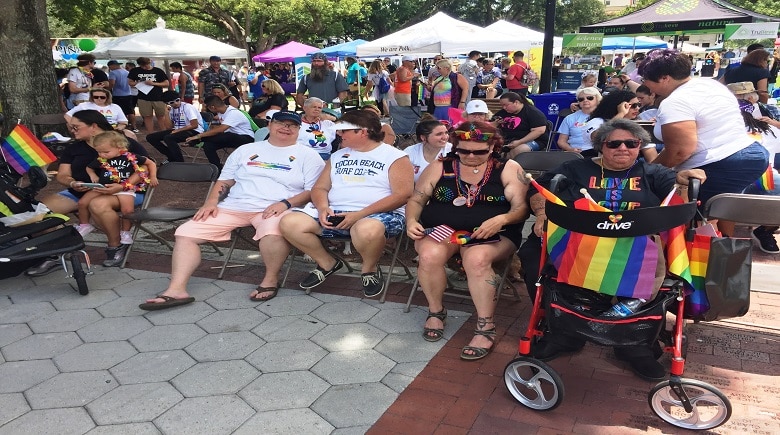 “We have had a larger turnout and participants than we have ever had, so we definitely have seen a growth in this event year after year,” he said. “This event has been an absolute blast. We have had a great time. There is every walk of life having a great time, definitely showing this community, the LGBT community, is part of the diverse tapestry of people that live in Polk County.” 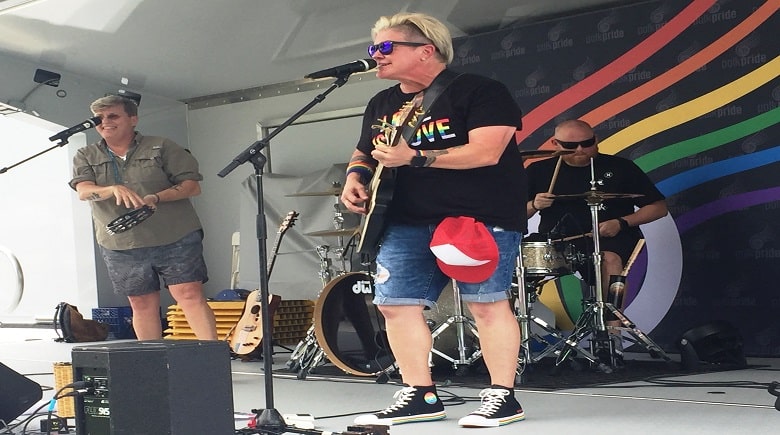 More than simply a fun time for members of the LGBTQ+ community and their allies, the event also shows the diversity and tolerance of the local community, thus providing a statement that Lakeland and the surrounding area are a “safe place.”

“Polk Pride sends a message to the LGBT community of Polk County and the surrounding areas,” he said. “It shows that Polk County is a great place to grow up, live, work, and play. It is a place where everyone can live a successful life and thrive here in Polk County.” 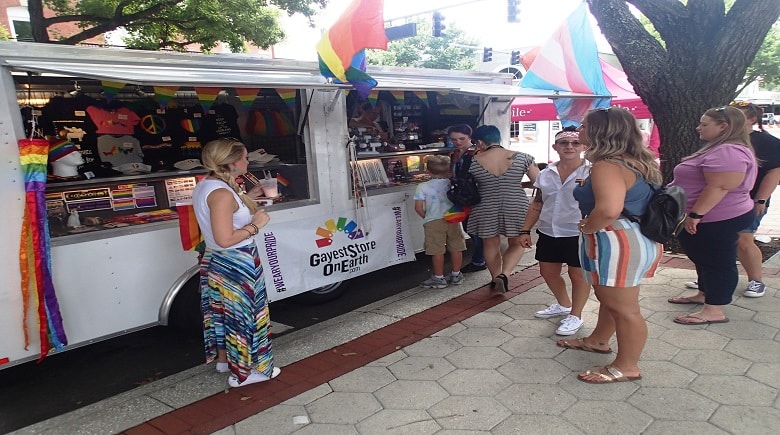 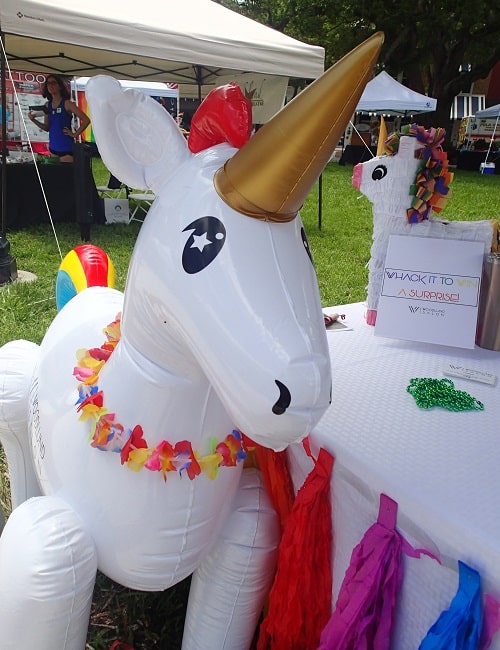