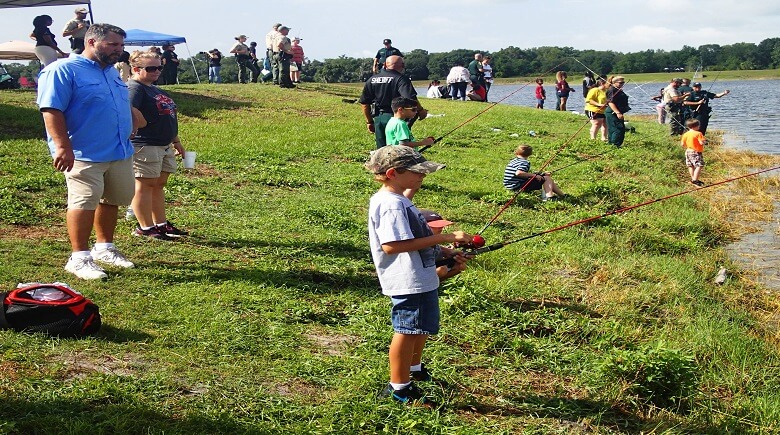 For the past two years, Regina McNeil and her two children have awakened at the crack of dawn to visit the lake behind the Polk Sheriff’s Office in Winter Haven and go fishing during the annual “Fishing With Grady Judd” event.

Last year, her son, Jamier, had the honor of catching the very first fish. This year he caught five fish, while his sister, Jahayla Wesley, caught two. They both also had the opportunity to receive a toy as a gift, with both of them receiving a LEGO playset. 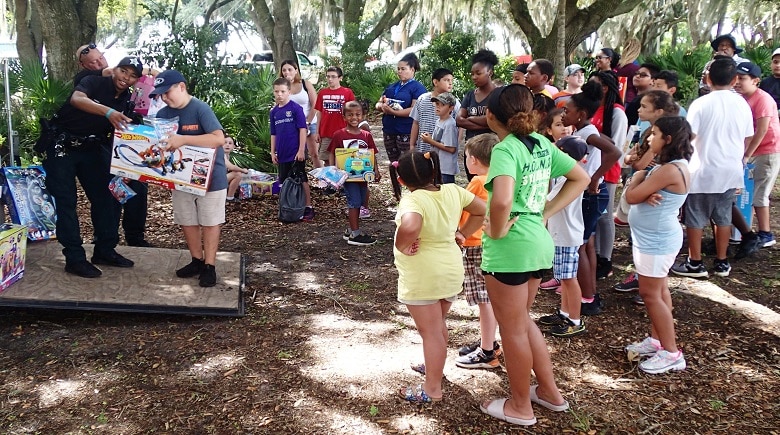 Regina loves being able to spend time with her children fishing, especially when it’s with officers from the local sheriff’s office who help keep them and their community safe. Their family had been invited by an officer last year, and they have been attending ever since, she said.

“I think it is very good,” Regina said. “It all gives people a better perspective of the sheriff’s [office], and with all this going on in the world, we need more of that. We will definitely be back next year.”

For the fifth consecutive year, Sheriff Grady Judd invited several children from the local community to join him and other officers at the lake behind the Polk County Sheriff’s Office (PCSO) Operations Center in Winter Haven for a morning of fun and fishing. 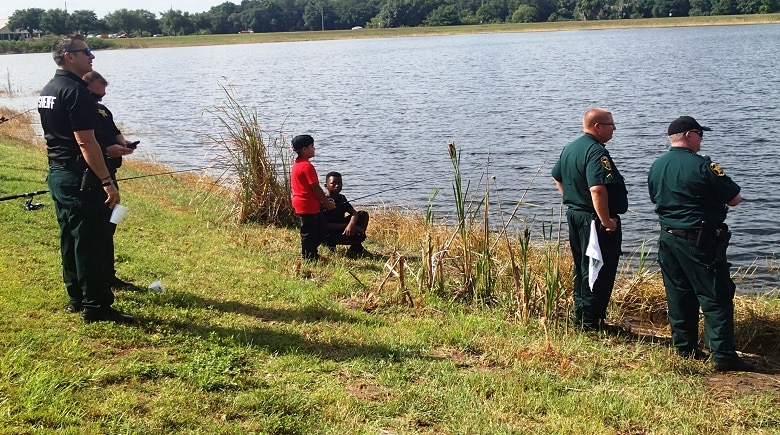 Every year, each of the five districts within the sheriff’s office selects ten lucky children from their community’s policing unit to spend the morning fishing with Sheriff Grady and his fellow officers. This year saw an exceptional turnout with more than 50 children and their guardians attending, said Captain Chris Colson. 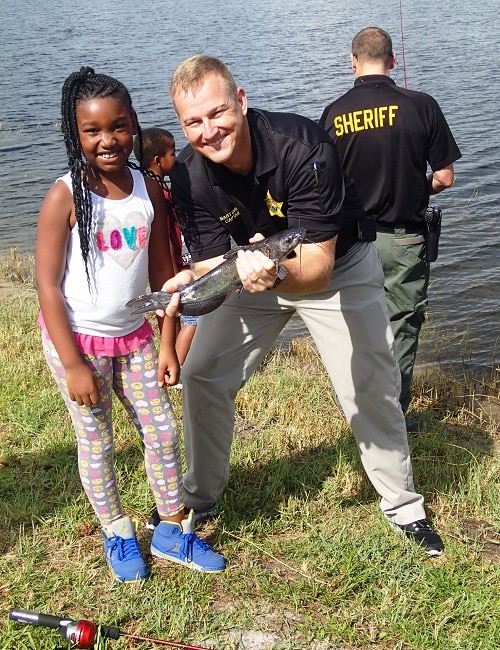 “Our crime suppression teams in each of the five districts select the kids,” he explained. “We want new kids every year, so in their line of work, they find these kids in a community center or patrol beat. And that is how they identify them, and it takes about a year, and we bring them together every June.”

After children have the opportunity to fish near the lake, they and their guardians then enjoy lunch with hot dogs and burgers, followed by a toy drive where each child receives a toy donated by the PCSO, as well as a coloring activity book from the Florida Fish and Wildlife Conservation Commission. 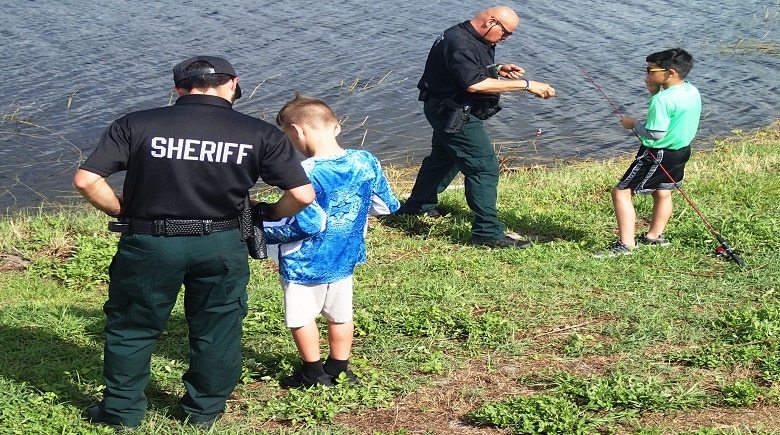 Such charity events hosted by the PCSO often draw in big crowds, mostly due to the reputation of Sheriff Judd and the rest of his department within the local community. For Captain Carlson, there’s nothing more he appreciates than being able to see their happy faces as they enjoy a good time.

“It is the one-on-one interaction with each of the children,” he said. “They get to see us in a different light than they normally do on the street, so it gives them the chance to see us and make us more on their level, so to speak.” 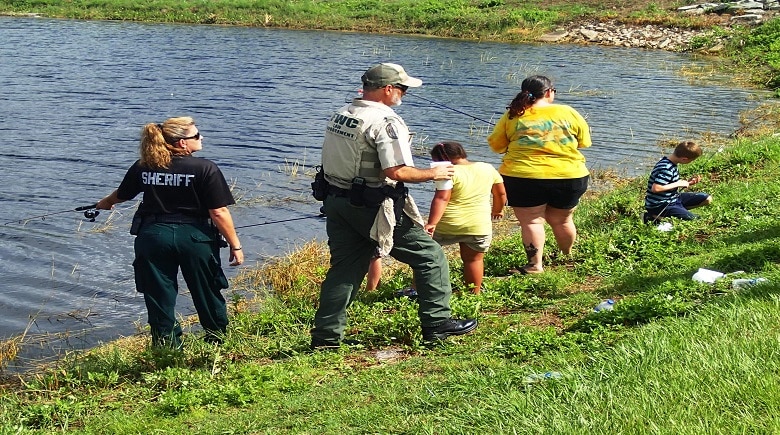 Assisting with the event is the Freshwater Fishery Division of the Florida Fish and Wildlife Conservation Commission, which helps stalk the lake and chum the waters to ensure that the fish in there are alive and biting. They also help provide the bait and fishing rods.

“We just love everyone coming out here,” she said. “It really opens their eyes up to connect with nature. Because if we get people to love the environment now, then they will want to take care of it.” 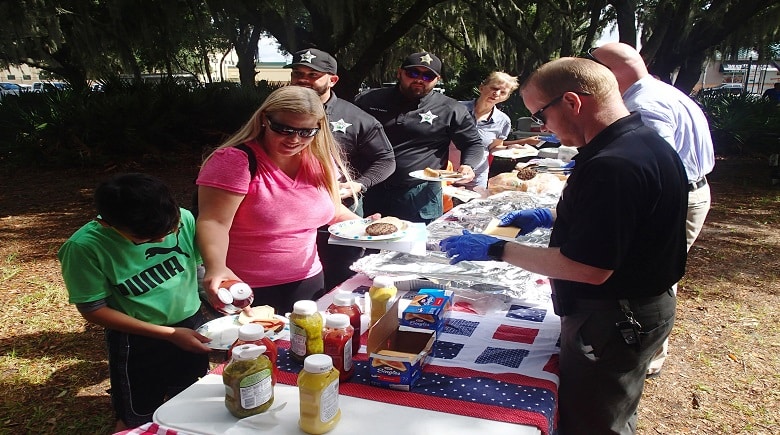 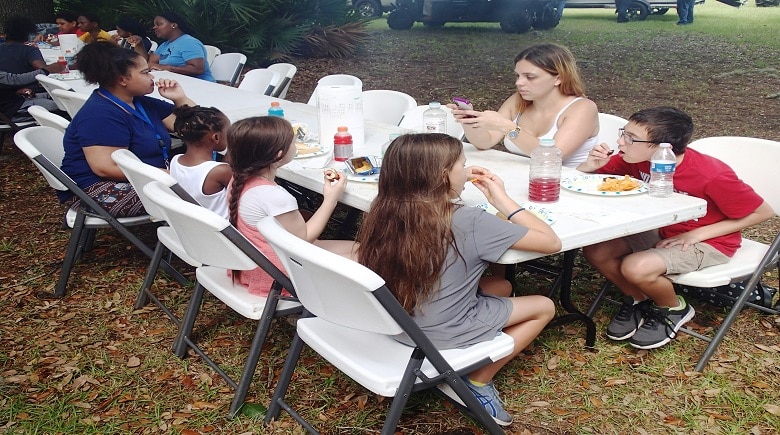