On June 10, 2019 at approximately 8:30 p.m., residents at 1528 Oakview Circle SE in Winter Haven noticed the smell of gas inside of their home. The resident contacted Florida Public Utilities who told the resident to call 9-1-1 and exit the residence immediately. 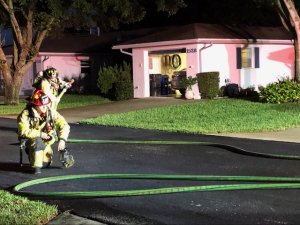 Winter Haven Fire personnel arrived on scene to assist the utility company at the scene. An adjacent residence was also evacuated after it was found the leak was an underground natural gas leak.

Approximately two hours later the leak was sealed, however it took additional time to ensure the air quality was safe for residents to re-enter their homes. There were no injuries and residents were eventually allowed back into their homes. 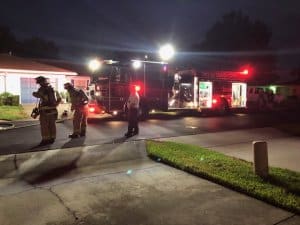 “The coordinated training with neighboring agencies including Florida Public Utilities pays huge dividends for a safe and swift response for our citizens, just as it did tonight,” said Public Safety Director Charlie Bird. “We just recently concluded training sessions regarding a natural gas leak which paid off tonight.”