Born on June 6, 1987, Stephanie Nicole Ross was a Lakeland native with a big heart for animals, including horses, and for people with neurological disorders. She pursued her education in hopes that she could help people in need. She graduated with her bachelor’s in psychology from the University of South Florida in 2012, and had big plans to pursue her doctorate in aging studies the very next year.

Sadly, that year would never arrive for her. On Dec. 10, 2012, while conducting a home visit for her job as a health care service coordinator, she was attacked by a client. She did not survive the attack, and her life was cut short at the young age of 25.

Her father, Bob Ross, a Vietnam War veteran, remembers the very last time he saw his daughter alive. It was two days before the attack that took her life. She was attending a Christmas party at their house in Newport Richey. “I love you, kid,” were the very last words he said to her, to which she replied, “I love you too, dad.”

Like many parents who lose a child, Bob was heartbroken. He could have used his loss as an excuse to remain in a bad mood for the rest of his life. Instead, he chose to do the opposite: he would remain in a happy mood by living life to the fullest on behalf of his daughter.

“After you get over the shock of losing a child, you have two choices: you can either go into a sullen mood for the rest of your life and be depressed and angry or whatever,’ he said. “I decided to celebrate. At every opportunity I get, I celebrate Stephanie’s life.”

One of the opportunities he and his family honor her memory is by celebrating her birthday on June 6 at the buffet of a casino, one of her favorite restaurants. Another opportunity is with SteffFest at the Chop Shop in Lakeland, an annual fundraiser for the foundation in her honor, which celebrated its sixth year on Monday.

Though her life came to a tragic end, Stephanie’s ambition for helping people with mental conditions and disorders would live on through her friends and family. In her honor, the Stephanie Nicole Ross Foundation (SNRF) was started. Its mission, according to its website, is “to forward education and understanding of the human brain; to foster goodwill and service towards people and animals; and to support community initiatives that affected and inspired her.”

SteffFest has been hosted for the past six years to help raise money for these scholarships. This year marks the fifth year that the annual fundraiser has been hosted at The Chop Shop in Lakeland. 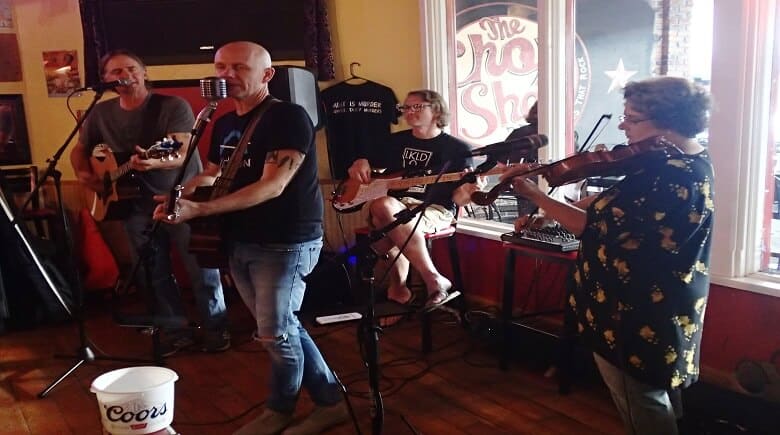 “The Chop Shop reached out to us from the very beginning and told us they would support us anyway they could,” explained Tracey Stevens, SNRF President. “They have just been good friends of the foundation since its inception.”

During the event, attendees are able to purchase tickets for various raffle prizes. The event also hosts live entertainment by local musicians who likewise help raise money during the fundraiser. This year had three performances by Duas, Anisette Mayer, and the Munn Park Saints. 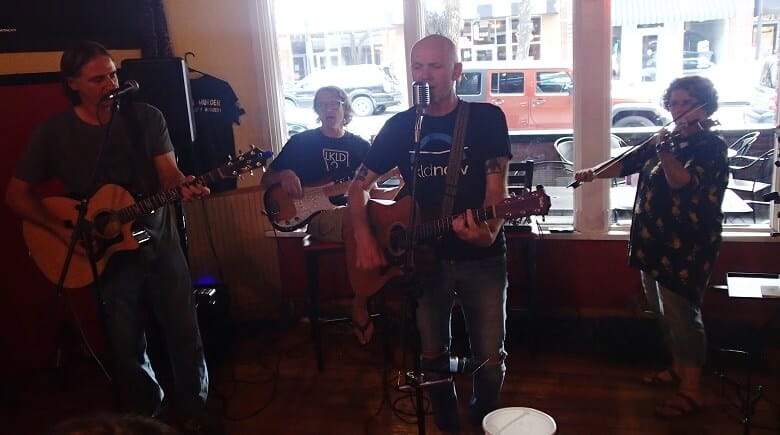 Craig Morby, lead member of the Munn Park Saints, has been involved with the event since its inception. His band and another, Against Me, were one of the first acts. Since then, he and his band mates have been staples ever since.

Morby enjoys the camraderie that he and his band are able to enjoy with the local Lakeland musical community. Being able to see so many people come out for a small event to support a big cause especially makes their involvement all the more worthwhile, he said. 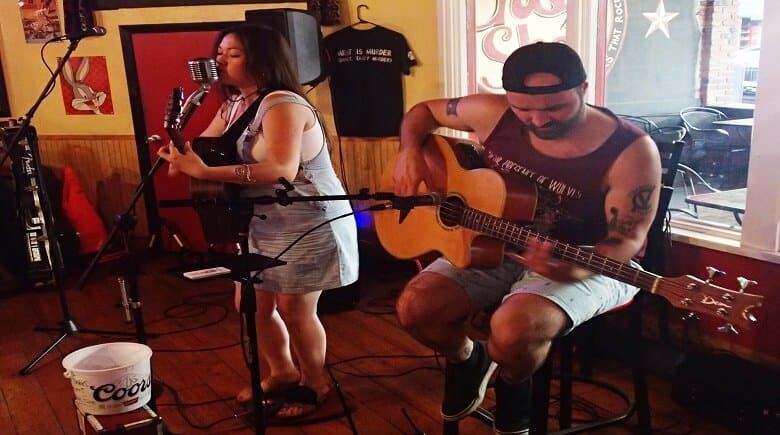 “This year, I think this one to me has been the most crowded,” he said. “It is really encouraging…and we are lucky to be part of a community and a cause with a great family. We are all over that.”

Each year sees more and more people come out to support the event, said David Reamer, SNRF Vice President. Within the first hour of this year’s event saw most seating within the restaurant fill out, with even more people trickling in every 30 seconds or so, he said.

“Already the early turnout is really good,” he said. “Sometimes some years it is some people trickling in through the evening. We are already mobbed, which is a really good sign.”

Such community support has allowed the event to remain successful for the past six years since its start and the past five years at the Chop Shop; and it has been this level of support that has allowed the foundation and its scholarships to thrive, with high expectations to continue doing so in the near future, David said. 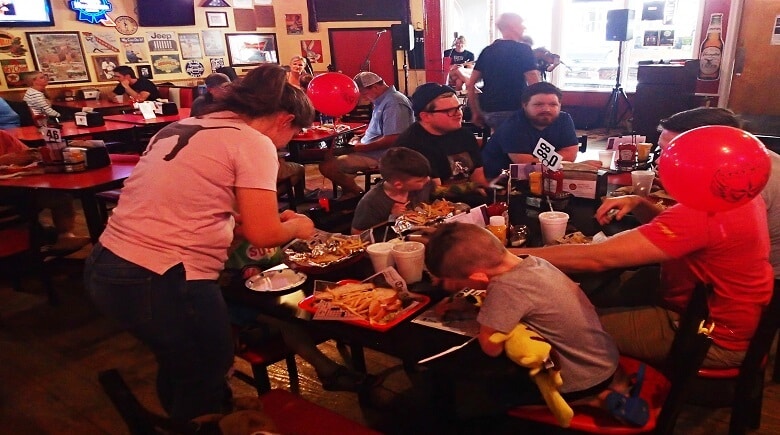 “One thing that is important is community support,” he said. “This is a lot of repeat visitors. It is family, friends. People from Lakeland have rallied around this, they have come out every year, they donate money, they participate in the raffle, some of them play music for us, and that has been very big.”

As for Stephanie’s family, being able to see so many people, even complete strangers, come out in droves to support someone who had a big love for people and animals likewise fills their own hearts with love and allows Stephanie’s memory to remain alive. 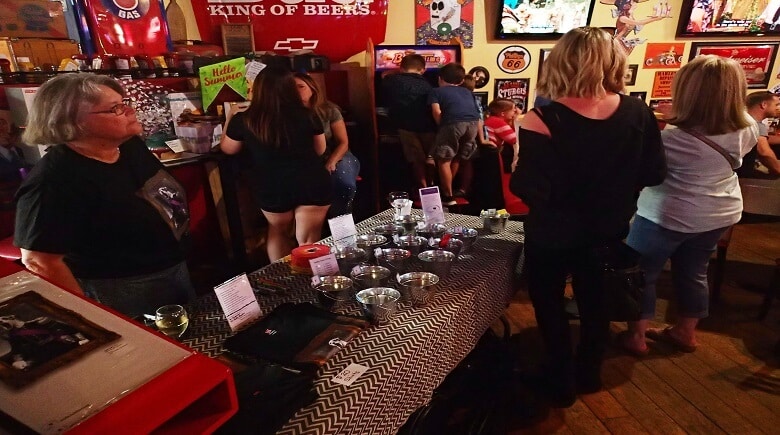 “What do I enjoy the most? Seeing the people who come,” Bob said. “[They’re] people that I don’t know, but as I say, you get to meet new friends, you get to see them once a year, and it is nice, it is meeting the people. It’s a celebration.”

For more information about the SNRF, visit their website at: https://www.snrfoundation.org/