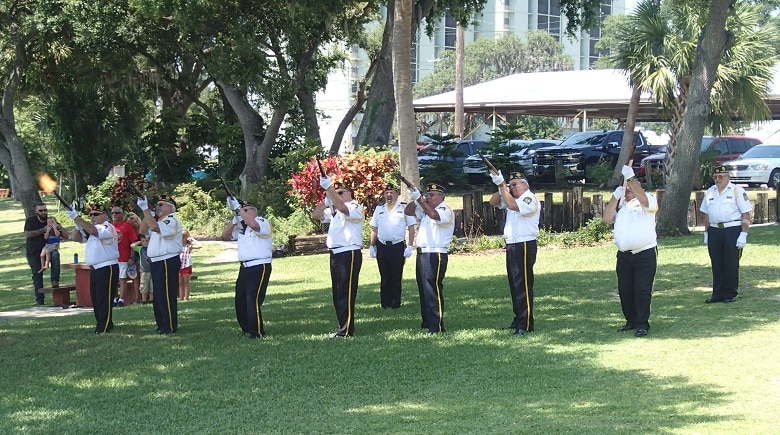 For nearly a century, The American Legion, especially Post 8 in Winter Haven, has provided a safe haven for military veterans and other former service members of the U.S. Armed Forces. So it only seemed fitting that Winter Haven’s post would celebrate its centennial during its Memorial Day Celebration on Monday. 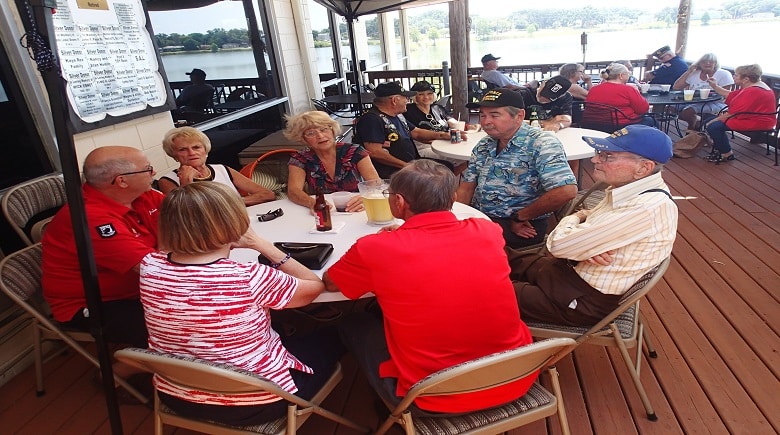 More than a 100 Legionnaires and their friends and families gathered on the back patio of the Winter Haven post, located on the shores of Lake Silver, to celebrate the day’s festivities, both in memory of the fallen soilders of wars past and in honor of their post’s centennial celebration. 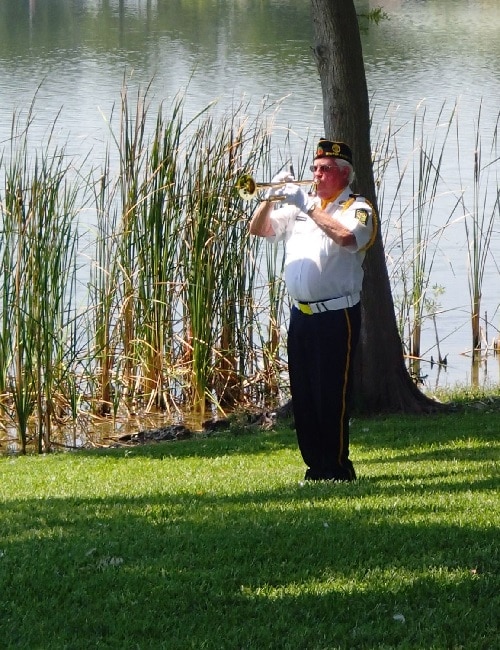 The day’s event started promptly at noon with the Honor Guard raising the American Flag, setting a memorial wreath in recognition of fallen armed service members, and standing in attention for the gun salute. 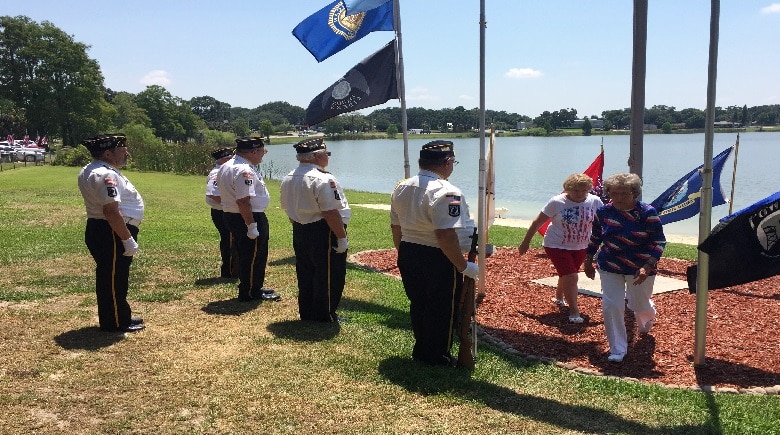 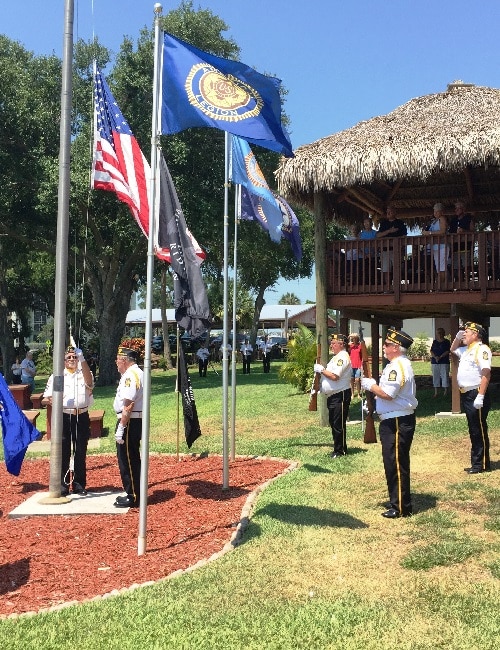 The post’s Chaplin, Fran Harper, then offered a prayer in honor of the fallen, along with praise to God for allowing all military members, both active and former, both fallen and living, to have the courage to fight for their country and the freedom its provides it citizens. 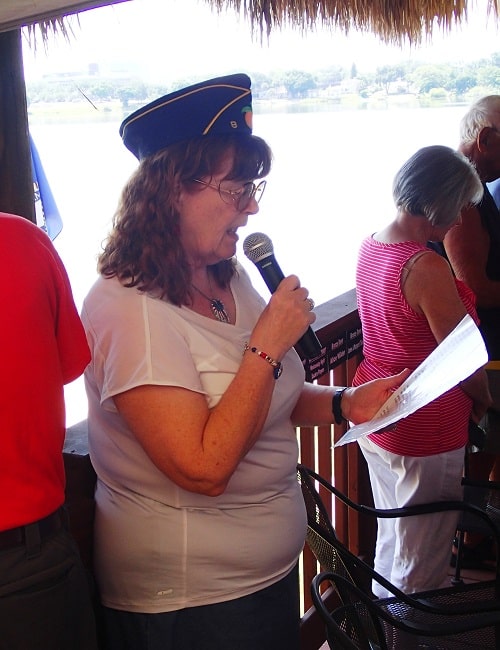 “We are here to honor the members of the armed services who died in defense of our nation, from the day of the Revolution, to these days in Iraq and Afghanistan,” she said. “They made the ultimate sacrifice for the freedoms that we hold so dear…It was only by [God’s] grace and their love they had for this nation that gave them the strength to lay down their lives.”

Mike O’Callaghan, Post Commander, then read a proclamation honoring the service members gathered there that day and offering condolences for those who had given their lives through their service. 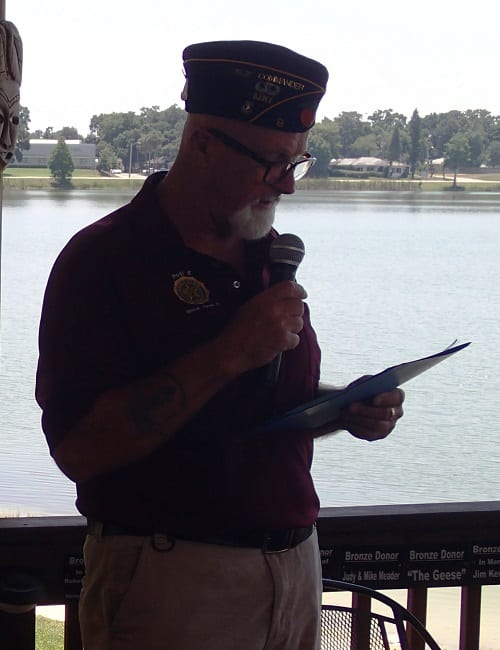 “Comrades, on this Memorial Day, let us pledge ourselves a new for patriotic service. Let us make ourselves a friend, a son, a brother, and father of those who will not see those again in mortal flesh,” he said. “Let us grasp with fearless hands the flags that have been nobly borne before, and like those others, planted on the battlefield of righteousness…Let us stand with bowed heads and solemn memory of their heroic debt.”

Following the memorial service, attendees enjoyed a patriotic meal of hamburgers, hot dogs, and other barbecue fixings, as well as enjoyed other entertainment ranging from a live musical performance and a ski show courtesy of the Winter Haven Cypress Gardens Ski Team. 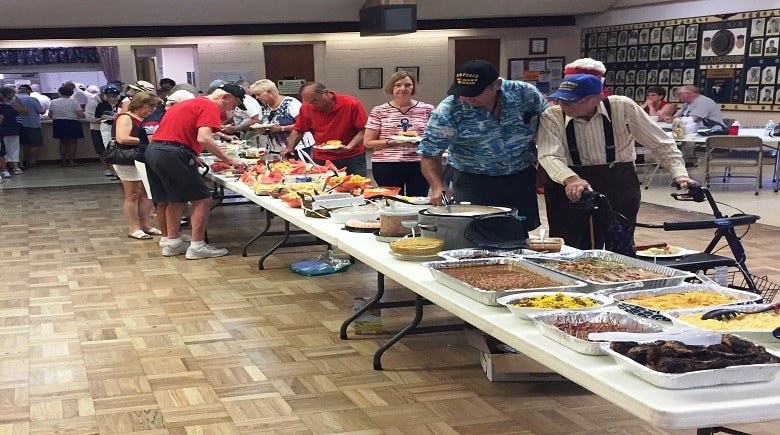 Founded on March 15, 1919, The American Legion is one of the oldest and largest veteran’s organization in the world. Post 8 in Winter Haven was one of the first ten American Legion posts started in Florida. To this day, it remains the fourth largest in the state, O’Callaghan said. 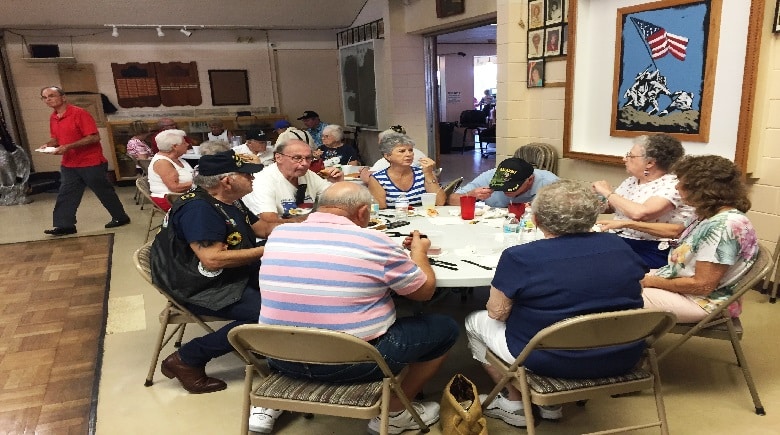 O’Callaghan has been an officer at the post for the past ten years, and a commander for the past five. His position allowed him to proudly attend the National Convention in Minneapolis, Minnesota. He and his post oversee more than 100 military funerals per year, as well as provide other programs and services to former military members.

“I appreciate the opportunity to be part of this program,” he said. “I feel very fortunate that I have been a leader.”

Ed McNulty, the Post’s Finance Officer and Captain of the Honor Guard, has been with the organization for the past six years since moving to Winter Haven. A Navy veteran, he served in Vietnam between 1959 and 1961 prior to the war starting.

Since joining six years ago, McNulty has participated within the post’s annual Memorial Day service. He appreciates the camraderie among his fellow service members and veterans, and he hopes that his post will continue to thrive in the near future.

“I love being able to salute the veterans, those who passed, and those who are still here as members of the post,” she said. “We do that as the honor guard with taps being played. We are more of the same, more people being involved here with membership.”