A Polk County school bus attendant was caught allegedly abusing six special needs students, including three children. She was accused of snapping these students with rubber bands, hitting them with a seat belt cutter, and leaving welts on one of their faces, the Tampa Bay Times reports.

The good news is that the attendant has since been arrested and now faces “three counts of child abuse and three counts of abusing a disabled adult”, according to the Times. The bad news? More neglect and abuse like this will continue to occur unless the Polk County School Board takes serious action.

David Gautney, who lives in Pasco County, also attended and spoke at that evening’s school board meeting. He has been attending every single meeting since his own daughter, Terissa Joy, passed away last year due to negligence at the hands of a bus attendant. Hearing about how another special needs child suffered similar neglect brought back bad memories for him. 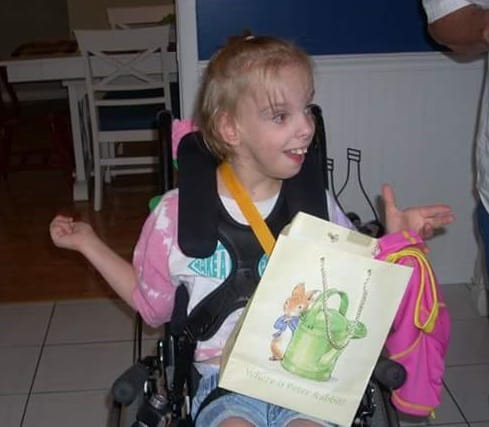 “It was horrifying,” he said. “Seeing this incident the other day with these children who were being abused by a driver’s assistant, it just brought it [bad memories] all back again.”

His daughter, Terissa, was wheelchair bound with cerebral palsy. He decided to send her to Victory Ridge Academy so that she could utilize a revolutionary AI gaze communication device at the school. As such, she rode the Polk County school bus between her mother’s home in Bartow and her school.

On Feb. 28, 2018, on her way to school, her wheelchair was not properly restrained and her seat belt was not properly installed. This allowed her to fall forward and get her head pinned behind the headrest of her chair.

The school bus attendant, who was sitting in front of Terissa, did not even notice that she was suffocating. The attendant was busy looking at her phone, and four minutes passed until she finally heard Terissa gasping for breath and turned to see her in distress, Gautney said.

The bus driver called for a dispatch, only to be put on hold four to five different times. Twenty minutes passed until an ambulance finally arrived, but by then, it was nearly too late. Terissa was transferred to the hospital, where she was placed on life support, but later taken off due to lack of brain activity.

Even worse, the outdoor camera of the bus had spotted an ambulance pass around the same time the dispatch had been placed, so there was an emergency vehicle in the immediate vicinity, Gautney said.

Gautney was depressed at the passing of his daughter and infuriated at what he saw as ineptitude of the bus attendant and driver. Both claimed that they were unable to properly lift her; but as his daughter only weighed 60 pounds, Gautney felt that both of them were capable of lifting her.

Both had also claimed they did not know how to get her out of her seatbelt. As a state-certified school bus inspector for Pasco County, Gautney knew that all school buses are required to have a seat belt cutter in case of such emergencies. Without one, the bus cannot legally operate, he explained.

Gautney feels there needs to be better hiring practices for such positions. Not only should better quality people be hired, but they should all be required to be CPR-certified.

“You can’t even open a home daycare center without being CPR-certified. Why we let people hire [other] people to assist special needs students on a school bus, and they don’t have to have anything. It is beyond comprehension to me some time,” he said. “They need to be CPR-certified, and if they are not willing to do these things, then they are not the right person to begin with.” 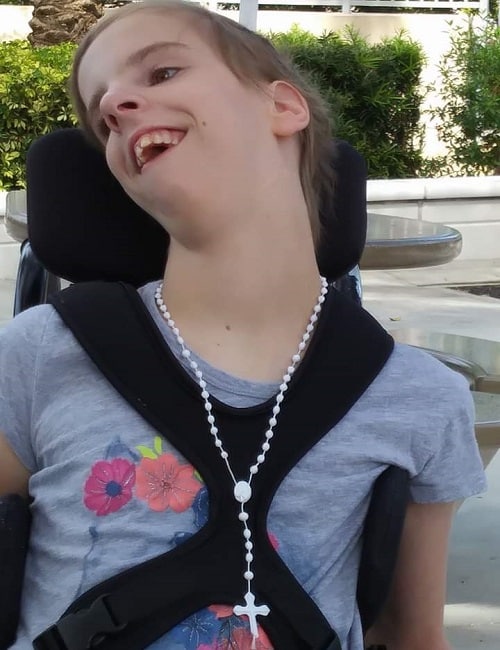 Since his daughter’s death, Gautney has been in contact with both Mark Egger, the Deputy Director of Finance with the Florida Department of Education, and Kelli Stargel, Florida State Senator for District 22. Stargel especially has been inspired by the incident to create and pass the Terissa Joy Act, which would help increase safety precautions on school buses for special needs students.

One precaution that Gautney feels needs to be implemented is a better emergency dispatch system with a panic button. In Pasco County, where he works, all the buses are required to have radio systems capable of providing dispatches to fire, police, and EMS at the same time.

Until then, he will continue to stand and fight alongside other parents to ensure that such safety precautions are implemented so that what happened to his daughter will never happen to any other student.

“I think the more [this problem] is brought out, the more recognition we give, the more chance we have to keep someone with having to deal with this,” he said. “I think they need to be at least CPR certified and perform more extensive background checks, and to equip each bus with an emergency radio system.”

Both Mark Eggers and Kelli Stargel were reached for comment on the proposed legislation. Neither have been able to respond.