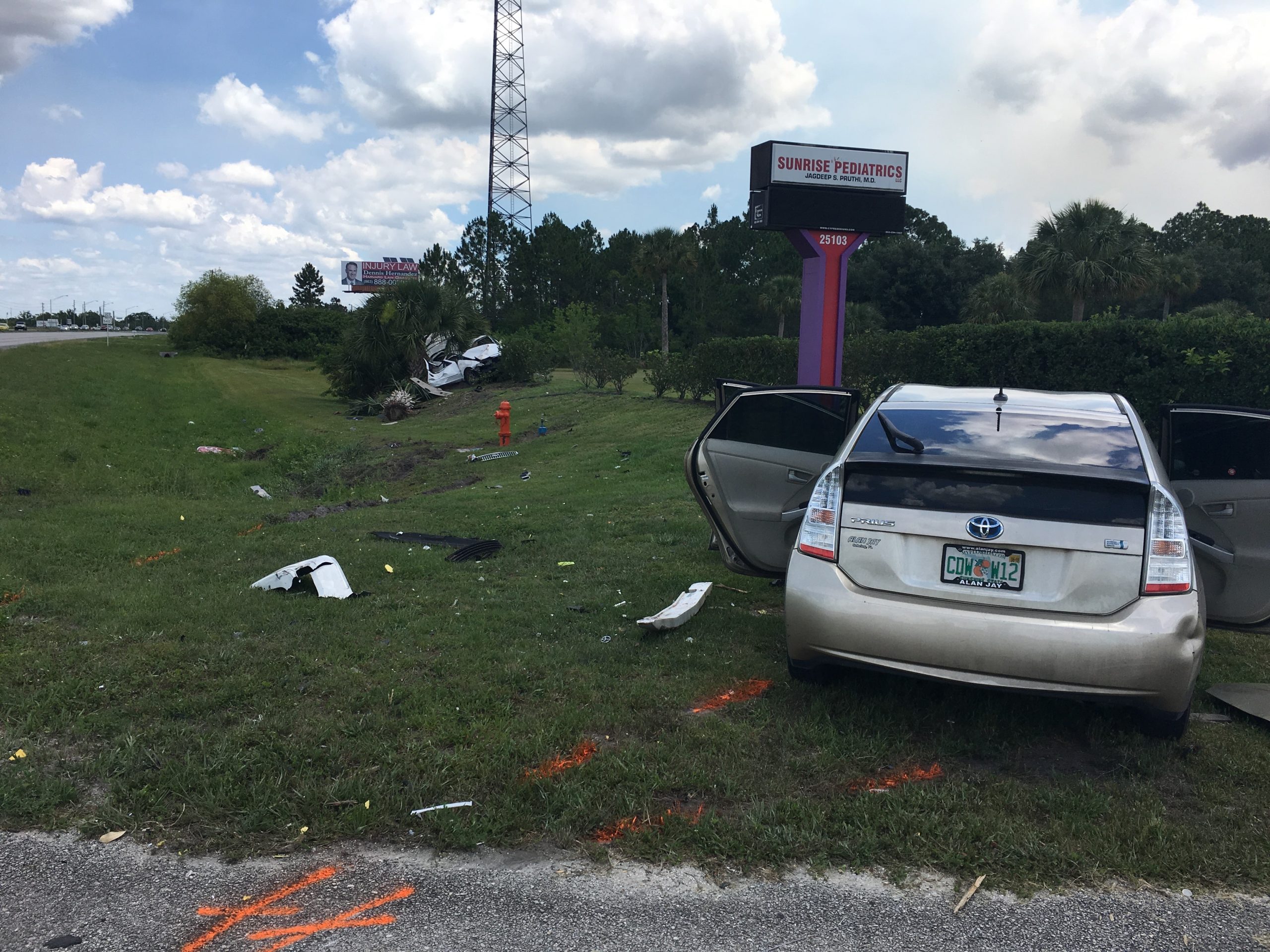 PCSO Press Release:
LOCATION OF INCIDENT: 25000 Block of US 27, Lake Wales, FL  Approximately ¼ Mile South of Waverly Road
DRIVER (1): Nancy Rote Vanroo, of Winter Haven, FL, DOB: 05/09/1931; Blunt Force Trauma, Lakeland Regional Health, Critical condition
DRIVER (2) Mary Abigail Bryant of Frostproof, FL; W/F; AGE: 37; no injuries
PASS(V2P1) Vernon Burnell Bryant II of Frostproof, FL; W/M; AGE: 36; DOB: 05/28/1982; Bruises/Abrasions; Lake Wales Medical Center; Good condition
PASS(V2P2) Elliot Bryant; Frostproof, FL; Age: 1 no injuries
VEHICLE DESCRIPTION:  V1- 2008, White Mercury 4-ddor Sedan, FL Tag BPYV39
V2- 2010, Gold Toyota 4-door Sedan, FL Tag CDWW12
On 05/21/2019, at approximately 1059 hours, the Emergency Communications Center (ECC) received a call regarding a multi-vehicle crash with injuries on US Highway 27 near Waverly Road, Lake Wales. Fire/Medics, Lake Wales Police, and Southeast District Patrol responded to renter aid. The driver of Vehicle 1, Nancy Vanroo, had life threatening head injuries and was flown to Lakeland Regional Health as a trauma alert. A passenger in Vehicle 2, Vernon Bryant, was transported to Lake Wales Medical Center with non-life threatening injuries. The driver Mary Bryant and their 1 year child, Elliot Bryant, were not injured and remained on scene.
Southeast District Patrol secured the scene and routed traffic around the crash site. Members of the Traffic Homicide Unit responded to investigate due to the seriousness of the crash. Crime Scene also responded to photograph the scene and collect evidence. FDOT was contacted and set up cones around the scene.
US 27 in the area of the crash is a 6 lane north/south highway with a 60 mph speed limit. It has a grass median and shoulders. There is an entrance road on the east side of US 27 for vehicles going to the pediatric office. There is a turn lane on the east shoulder for this entrance. There is a stop sign for vehicles exiting the office. The sign was sheared off during the crash. FDOT was made aware of the sign.
Witness statements and evidence at the scene indicate that Vehicle 1, a 2008 White Mercury Sedan, was northbound on US 27 in the left (inside) lane approximately ¼ mile south of Waverly Road. For unknown reasons, Driver 1, Nancy Vanroo,  lost control and began to rotate clockwise as her vehicle travelled northeast across the center and right lanes. She exited the lanes of travel at the entrance to the Sunrise Pediatrics located at 25103 US 27. Vehicle 2, a 2010 Gold Toyota sedan, was stopped, facing west, in order to exit the pediatric Office. It was driven by Mary Bryant, with Vernon Bryant as the right front passenger and Elliot Bryant as the right rear passenger (In a rear facing car seat). As Vehicle 1 exited the roadway it struck the front of Vehicle 2 causing significant front end damage to the Toyota. Vehicle 1 continued in a northeast direction exiting the right (east) shoulder, striking a stop sign. It then entered into a shallow ditch, began to flip, striking a fire hydrant and a palm tree. Vehicle 1 came to final rest approximately 75 feet northeast of the location it left the roadway, facing south. It suffered significant damage over the entire vehicle with portions of the roof collapsed. Vehicle 2 remained in place, but rotated clockwise 120 degrees, facing northeast.
The airbags in both vehicles deployed and all the occupants were seat belted. The one year old was secured in a rear facing child seat and was not injured.
Driver 2 was evaluated by a DUI unit with no signs of impairment noted. There were no initial signs of impairment for Driver 1, pending blood alcohol/toxicology testing. Distracted driving and excessive speed are not suspected on the part of either driver. The investigation is ongoing.
US 27 northbound was reduced to one lane for approximately an hour and a half and two lanes for an hour. All lanes were re-opened after approximately 2.5 hours.
Ms. Vanroo was out of surgery and in critical/stable condition.
Mr. Bryant was treated for chest pain and later released.
May 21, 2019