Local Resident’s Journey with a Rare Form of Cancer

Local Resident’s Journey with a Rare Form of Cancer

Never heard of Chondrosarcoma? This cancer is grown on the bone as well as soft tissues. As the Burton’s have learned, the care method with this form of bone cancer is surgical removal. 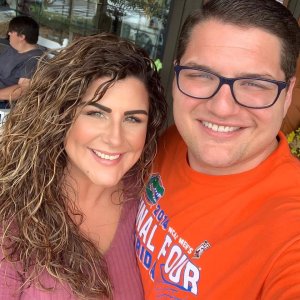 “I was first diagnosed with a large Chondrosarcoma on my right lower pelvis in February of 2016 while at my orthopedist office ALONE. At first I felt nothing but shock. I immediately called my husband and drove myself home. I had an appointment at Moffitt Cancer Center within two weeks and found out this type of cancer usually only responds to surgical removal.

On March 23, 2016, I had a lengthy 12 hour surgery called a Hemipelvectomy to remove the tumor by an amazing group of surgeons. The bottom portion of my right pelvis was removed and I lost some function of the muscles in my right leg. After 4 months of physical therapy I was walking/standing for short time periods without a cane and back to work on a restricted function, part-time basis.

I have an x-ray, MRI, CT, and a follow up every three months and by the six-month mark the cancer was back; this time on my bladder. We worked with Moffitt for six months to find out if there were any new drug trials for this type of cancer to avoid having a major surgery so close to the first one but none were available.

In January 2017, I had another major surgery and this time I lost my bladder. We knew this was a possibility but were hoping for a less invasive outcome. My surgeons also found a tumor on my right upper pelvis during surgery and removed it as well. After being discharged home I fractured my pelvis and was extremely limited physically.

By February 14, 2017 I was back at Moffitt due to my urostomy (new bladder) failing. I had tubes placed in both kidneys that had to stay in place for a total of seven months.

In April 2017, I was told the cancer was back…AGAIN. This time there were three tumors in my right thigh. I was exhausted at this point and so was my family but we kept fighting! I stayed at the American Cancer Society Hope Lodge in Tampa during radiation treatments which was an incredibly supportive and encouraging place where I made lifelong friends.

The worst part of this process was being away from my husband and two young daughters five days a week for six and a half weeks. This was extremely difficult emotionally for all of us but we survived!

We waited until July 2017 to remove the tumors in my thigh and have a revision of my failed urostomy. This was the longest surgery to date at 15 hours. I had a difficult time healing after this surgery, especially the area that was radiated.

After two months I required a muscle flap surgery of my right thigh for a non-healing wound. For an entire year I was primarily home bound but slowly yet surely I found my “new normal” and embraced it. By the time November 2017 rolled around I was extremely sick and hospitalized for infection. I had a tube in my kidney for another two months which meant the holidays were not what I was anticipating. This too passed but by October of 2018 I was told the cancer had returned for the fourth time in three years.

I was absolutely devastated, angry, sad and ready to give up. My surgeons agree that rushing to surgery is not the safest course of action for me at this time due to the many surgeries I have had all in the same area. I found out about a Physician specializing in naturopathic therapies who had helped a personal friend of mine during her battle with bladder cancer and decided to go in for a consult.

After researching and meeting with Dr. Minkoff my husband and I immediately felt like this was the right course of treatment for me. I am continuing treatment and follow up by my amazing physicians at Moffitt Cancer Center and also hoping to begin treatment with Dr. Minkoff very soon!

The problem is that because these natural treatments that have seen so much success are not the standard of care, it is not covered by insurance. We are currently working to raise money for this treatment.”

To learn more about the Burtons’ journey, watch their video: https://www.youtube.com/watch?v=9fur_7kzAhM&t=26s

Burton has had an incredible amount of support over the years throughout her journey. Her friends and family have remained close. Even members around the community have helped. 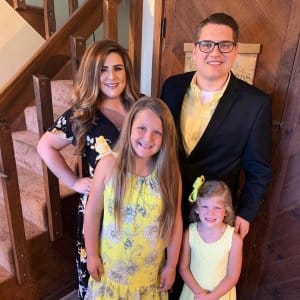 “Throughout our journey, there are so many friends and family members that helped us to the point that we could not have made it without them. Currently, I want to give a big shout-out thank you to our sweet friend Lori Rice. She really stepped up and helped us start our fundraising. Then she teamed up with our wonderful friend Chris Hazelwood and together they are tackling this large sum of money with us! Also, the community of Winter Haven (and further). We raised $25,000 in two weeks!

Now, we’re working on an amazing fundraising event at Grove Roots Thursday, May 23rd. For $50 you can come to the Taste for Life event to support the “Just for Jess” cause as we work to achieve our goal fundraising of $50,000. There will be several food vendors there as well as major silent auction items.”