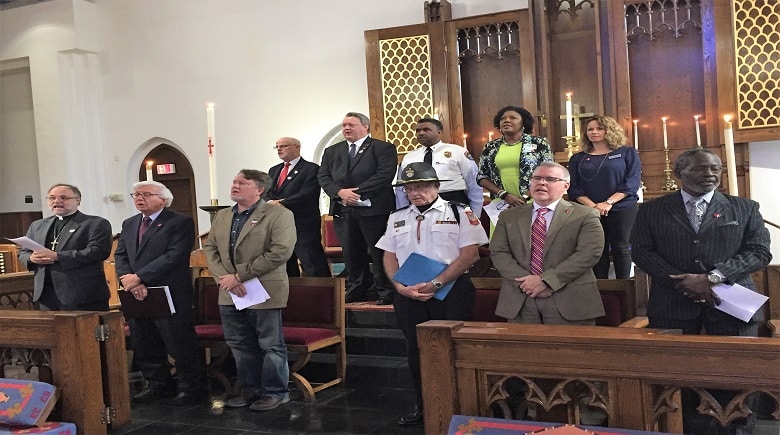 For him, prayer is a personal conversation between him and God, between the creation and the Creator. He considers pray to be a time of self-edification, a way to ask God to help improve himself rather than relying on God to improve others on his behalf.

“When we stand before God, we will not be judged by the sins and failing of others, but by what we were given to do, and what we would do with it,” Rev. Head said. “We hear a lot of talk about what America should be and what America should do, but we do not have a say in that. I can only tell you what this American will do.” 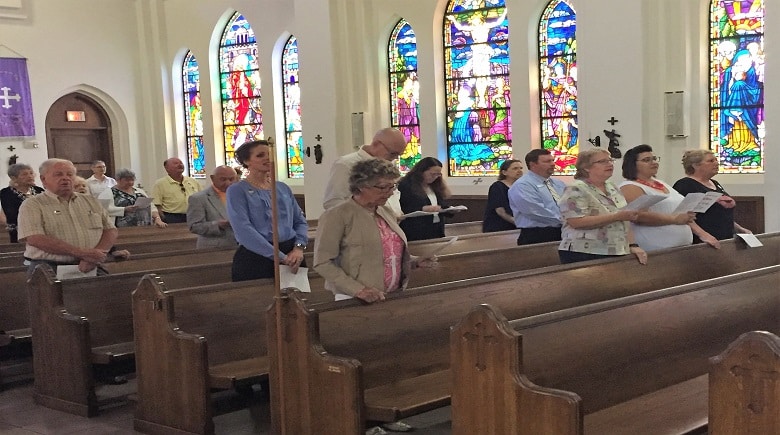 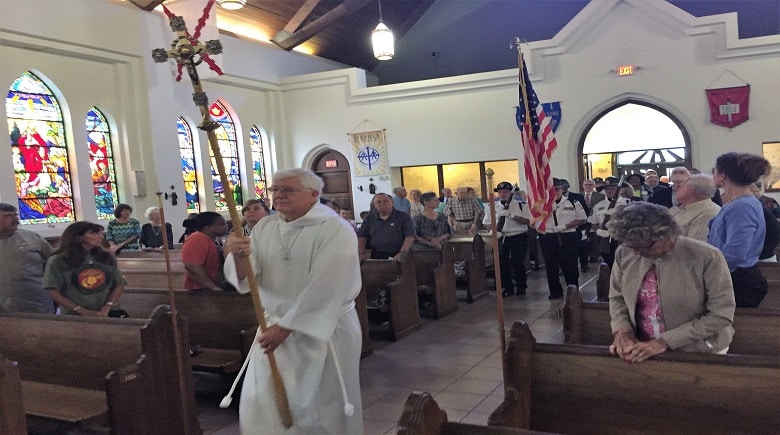 “I will recognize that race, color, or ethnicity cannot inform me about a person’s character,” he said. “I will assume the stranger in front of me is good until they show me bad…That is the world that I will live in and suffer for. If I am going to be wrong, let me be wrong because I assume too much of a person…This is the American I chose to be. This is the America I chose to live in, and you must decide for yourself what you as an American will do.”

Rev. Head led this prayer for himself and others during the homily of the National Day of Prayer service hosted at St. Paul’s Episcopal Church on Thursday. The reverend was joined by several other community leaders and officials in praying for the City of Winter Haven, Polk County, and America during the inagural prayer service at noon that day.

Each community leader led a short prayer over a certain aspect of the city, county, and country, ranging from first responders and the military to local businesses, schools, churches, and families.

Lakeland attorney William Twyford led the prayer over the city, praying for protection over first responders and law enforcement, prosperity for local businesses, wisdom for local leaders, and understanding for teachers and students. 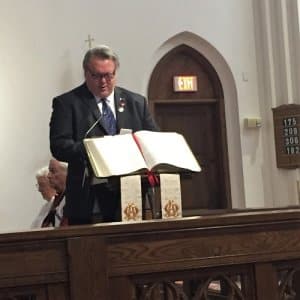 “We also pray that your holy enlightening spirit is sowed into every human heart, especially the heart of the people of Winter Haven and the surrounding communties, that lies may crumble, that suspicion disappear, hatred cease, that all our communties be healed and live in peace,” he said. 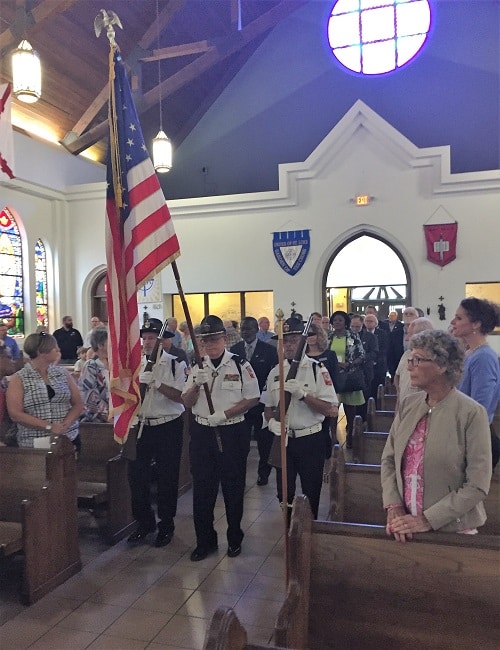 Gene Anthony, a local U.S. Navy veteran, led the prayer over the military. He started his prayer by asking what a veteran is. To him, a veteran was a person “who at one point in his life wrote a blank check made payable to the United States of the America for the amount of…his life.”

As such, he prayed that God would bless veterans for offering their unselfish service to their country, and that other military service members would be protected through their own service.

“Bless them abundantly for the hardships they face, for the sacrifices they made over many different contributions to America’s victory over tyranny and oppression,” he said. “We respect that, we thank that, we honor that, and we pray that you will watch over these special people, and bless them with peace and happiness.” 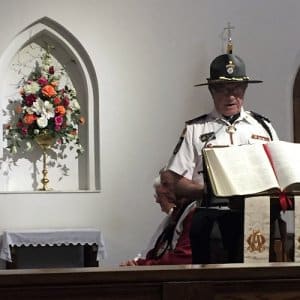 Following the service, attendees were invited to the fellowship hall to accept and eat a bagged lunch provided by the church and served within paper bags decorated by the local school children and congregation members.

The City of Winter Haven has hosted many National Day of Prayer events, but this was the first event to be hosted in partnership with St. Paul’s Episcopal Church.

Deacon Kay Rhule explained that her church wanted to do something to help their community during the national holiday, so they decided to host the service to help facilitate the city through their prayer and supplication. 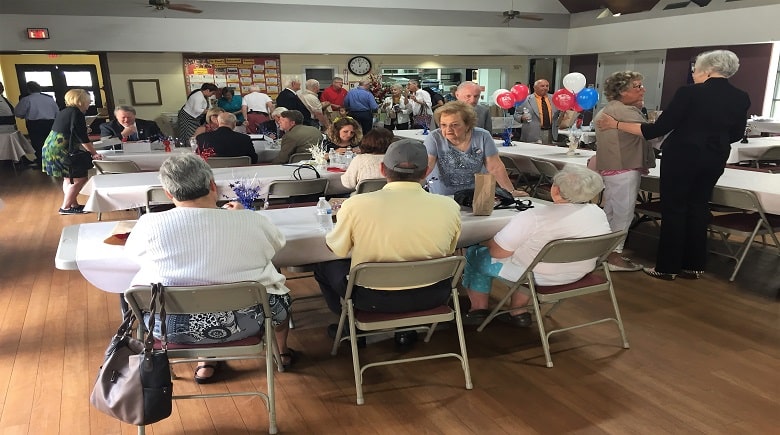 “I think it is a valuable thing for us to come before the Lord and just stop at the midst of what we are doing and offer a prayer,” she said. “I am thankful for all the people who came out to do just that.”

More than a hundred people attended that day’s service. Not only did that prove to be a great turnout, but also a great indicator that the local residents cares enough to take the time to pray for their community.

“I am very pleased with the turnout, that these people took their time out of their day, that they stopped what they were doing and came out to pray for our country, and our state, and our city, and I am very thankful for all these people who would stop and do that,” she said. 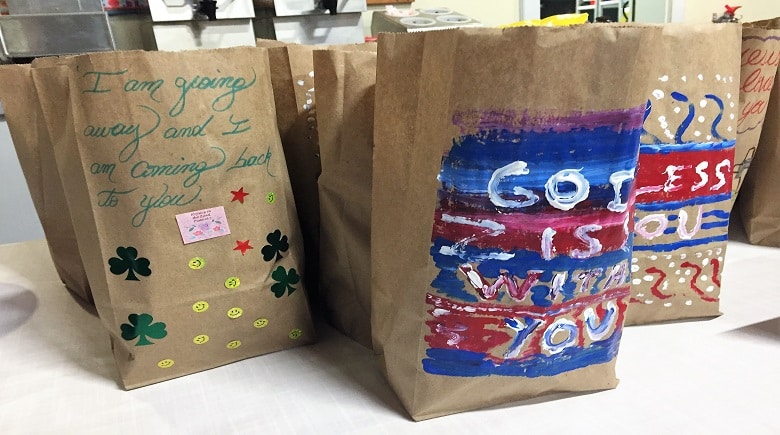