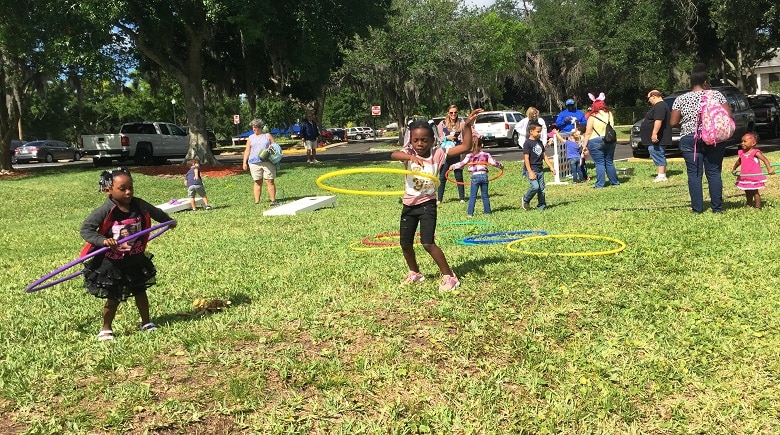 The Easter Bunny arrived one day early to drop off more than 5,000 brightly-colored eggs along the shore of Lake Silver in Winter Haven.

It was along these shores that local children hopped around in search of eggs to put in their Easter basket during the annual Hoppin’ Hunt on Saturday.

Hundreds of children and their guardians arrived to participate within the annual egg hunt. The hunt itself was divided into age groups, allowing the youngest children to venture forth first so they could have enough time to find their own eggs. 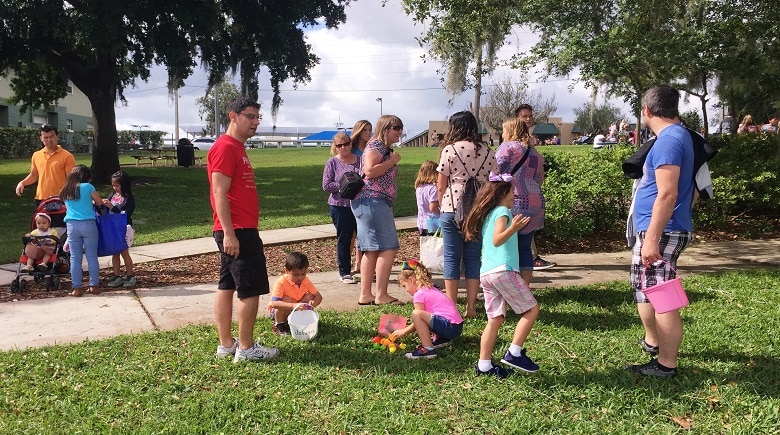 Within five minute intervals, children of different age groups (0-3, 4-5, 6-8, and 9 and over) were allowed upon the field, giving each of them a fair opportunity to hunt for eggs depending upon their age.

When not busy searching about for eggs, the children and their families could enjoy various other activities that day at the park, including a cake walk, lawn games, face painting, train rides, and kayaking.

Several food trucks such as Pelican’s Snoballs and Tallulah’s By The Sea were on site to sell food for lunch, while Winter Haven Parks and Recreation offered free snacks and drinks to the children.

Jennifer Burke, Recreational Supervisor for the City of Winter Haven, has been overseeing the event for the past five years, and has seen a great turnout each and every year. 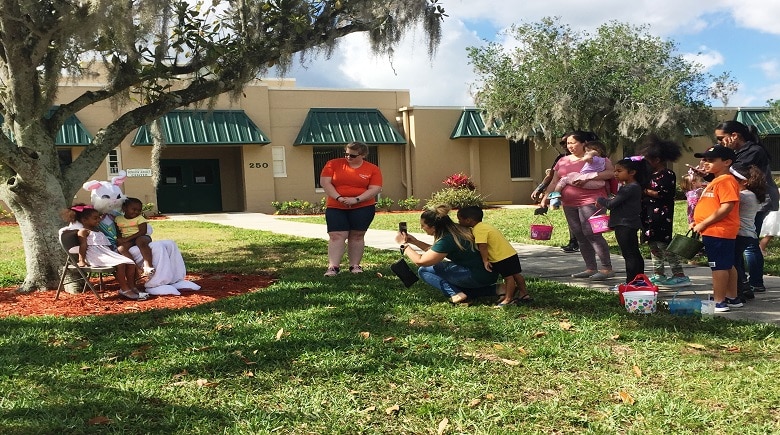 More often than not, other Easter egg hunts are also hosted during the same day and time within the city. While this often leads to lower turnouts, it also allows the children who are participating a better opportunity to get more eggs, she said.

“Since there are more egg hunts going on, there are not as many kids, so more kids get more eggs,” she said. “I still think we had a great turnout…I think it did very well. [I love] just watching the kids get their eggs and have a great time.” 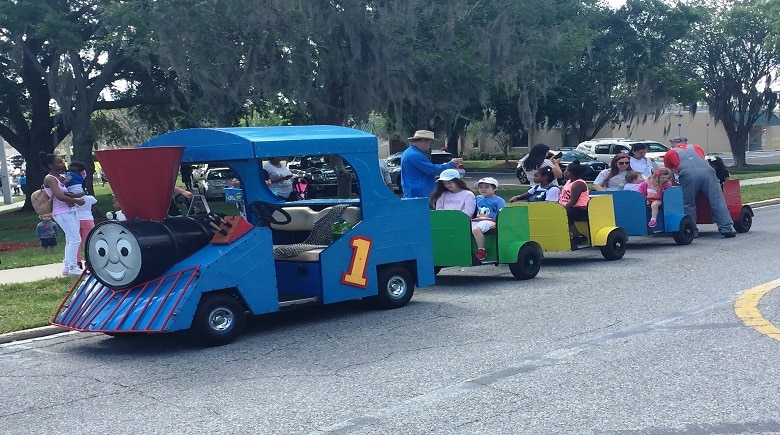 The Cypress Gardens Water Ski team assisted the annual festivities for the second consecutive year by providing the sound system for the music and announcements and by hosting a ski show at noon and 5 p.m. that day.

The annual Easter event is hosted at the same park where the Cypress Gardens Ski Team also hosts their monthly ski show, so the team is more than happy to help the city with such special events, including Halloween and the Fourth of July. 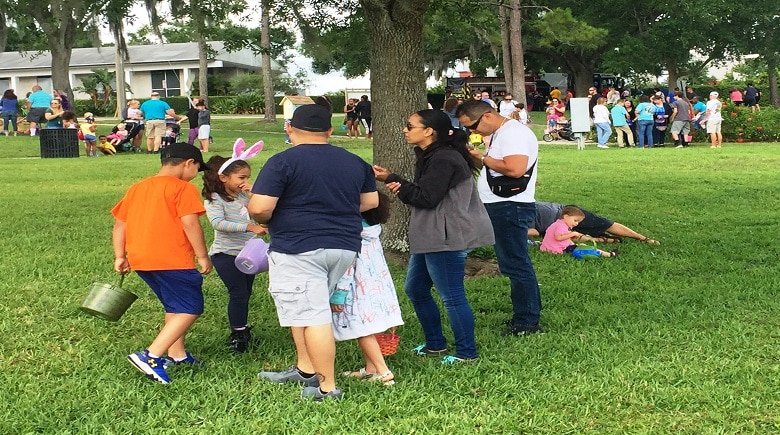 David Dershimer, Board Member for the Ski Team, appreciates being able to help the city put on such events, as nothing pleases him more than seeing local families enjoy a good time. 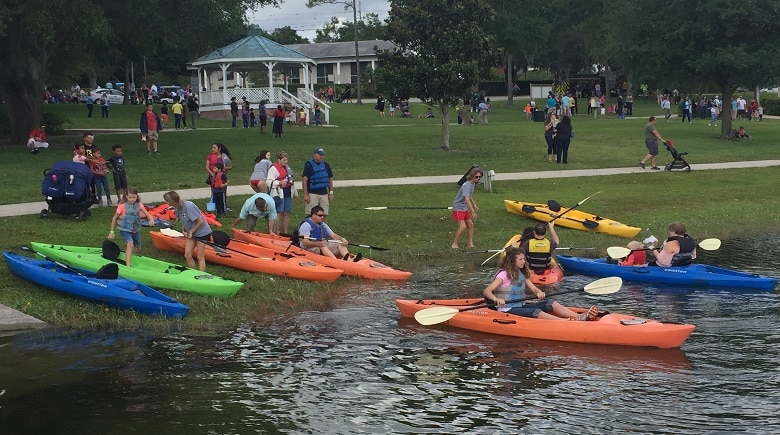 “The Hoppin’ Hunt meets everyone’s expectations,” he said. “A lot of children and parents came out. The Easter egg hunt portion was fast and furious and exciting and I think everyone had a really great time.”

Also assisting with the event was the local fire department, which parked a fire engine near the park to allow children an up-close look at their fire equipment. 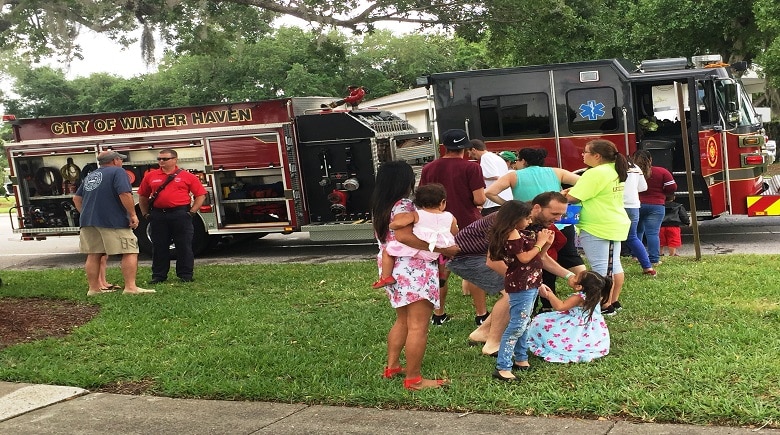 Lieutenant Boyce and his team have attended various local events with the city, including Halloween and Christmas, and appreciates the opportunity to educate local children about the fire services he and his team provide.

“This is my first year,” he said. “I think they are doing well. We have had many interactions with the public, just seeing everyone with a smile on their face and having a good time.” 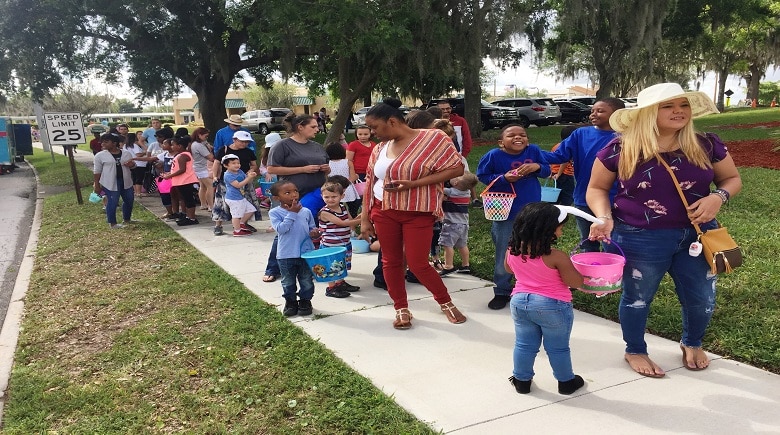