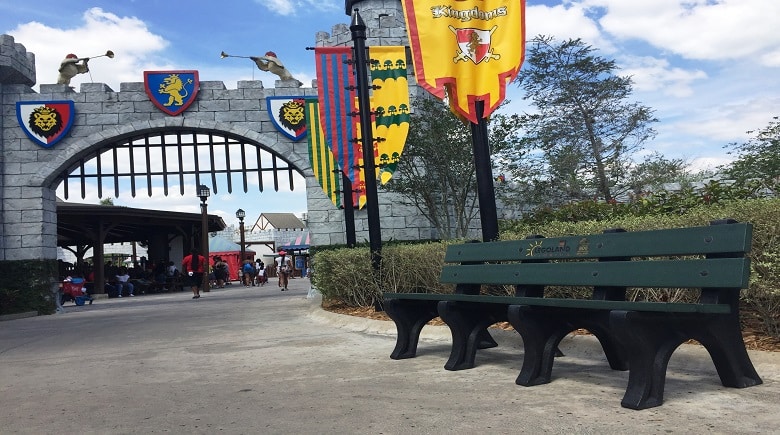 Since opening in 2011, LEGOLAND Florida Resort in Winter Haven has been leaving a major impact, be it in the lives of the guests who visit the park, or in the local economy through economic development. However, one impact that the resort has been striving to diminish rather than grow has been its environmental impact. 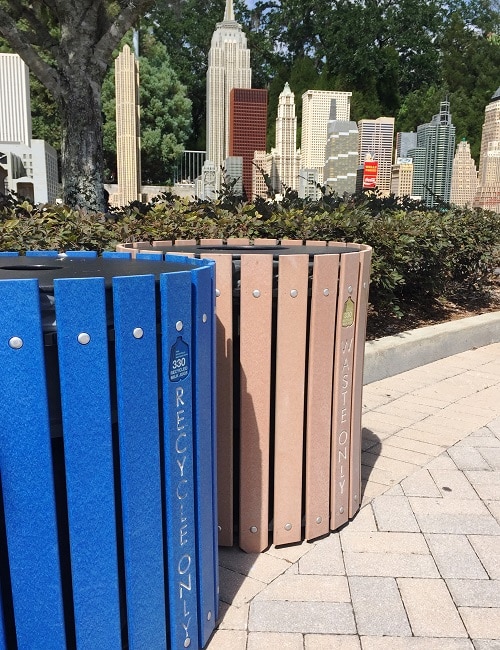 Whether by powering its attractions through renewable energy, reducing the amount of waste through its recycling program, or increasing overall efficiency with its energy and water usage, LEGOLAND Florida has remained commited since day one to shrinking its carbon footprint while growing the park.

“LEGOLAND Florida Resort recognizes the importance of effectively managing our environmental impact, an essential component for any sustainable business,” a press release from the park states.

As LEGOLAND itself is dedicated to the power of imagination and creativity, the park is always looking for imaginative and creative new ways to not only provide fun for its guests, but also help reduce their overall environmental impact while doing so, said Miguel Velez, Waste & Environmental Supervisor.

“We do manage our resources responsibly, and one of the things that we look at when we talk about the community is that we help create a change for a better tomorrow, and through imagination and creativity, our aspirations are endless,” he said. 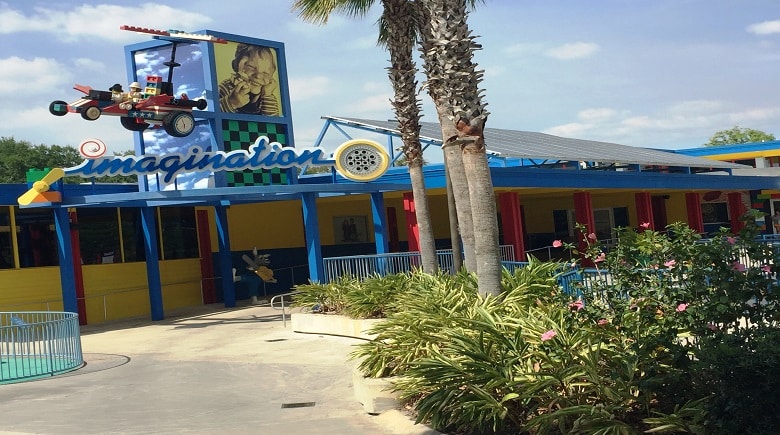 Assisting them with their commitment towards sustainability has been their joint venture with TECO Energy, which helped them install two solar panel arrays: a 30-KW array at the Imagination Zone, and a 2-megawatt solar canopy over the parking lot.

Both solar panel projects not only generate renewable energy that powers the park and its attractions, but also help power the surrounding local community by streamlining that energy back into the community grid, helping provide energy to 725,000 local customers, Velez explained. 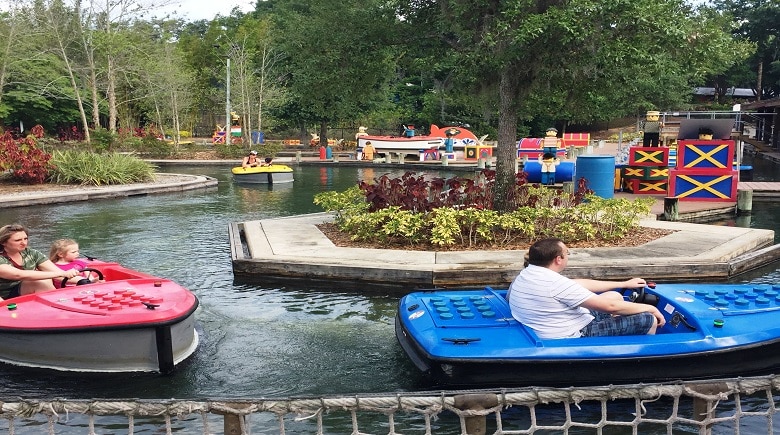 Whenever the park rolls out new projects, they always consider the best possible way to do so while conserving its resources. For example, its newest addition, LEGO Movie World, contains two major attractions which use a lot of energy and water. By implementing the latest technology, especially through LED lighting, the park maintains optimal efficiency through innovative energy and water management. 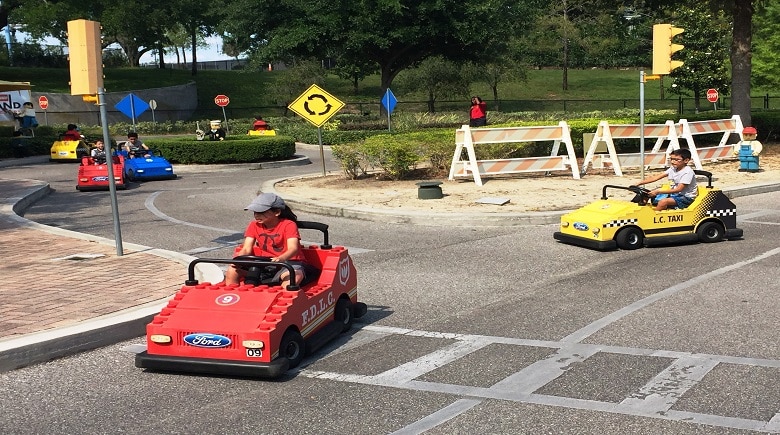 As the resort continues to expand in the future, especially through the addition of its 150-room Pirate Island Hotel slated to open next year, it expects to see the park grow while its carbon footprint shrinks.

“Every year we set the bar, and with the years that follow, we actually surpass that bar and deliver a little bit more than what is expected,” Velez said. 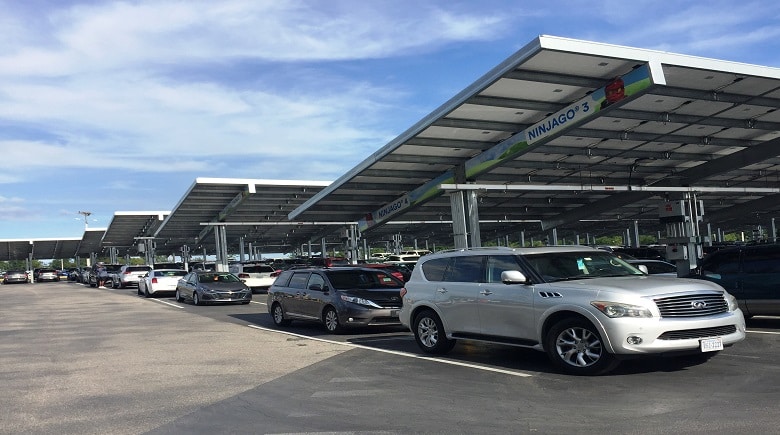 Here are just a few of the way LEGOLAND Florida helps protect the local environment:

One of the very first things you’ll see when pulling into the park is the 2-megawatt solar canopy over the parking lot. Not only does this solar panel array provide shade to more than 600 cars, but it also generates electricity that helps power the resort.

Aside from the parking lot, solar panels are also installed within the 30-KW array at the Imagination Zone. Though much smaller than the parking lot solar canopy, this array still generates a lot of electricity. At 30 kilowatts, it has saved more than 236 thousands kilowatt hours through renewable energy, Velez explained.

Both the solar arrays in the parking lot and the Imagination Zone generate electricity that powers the park and which also goes back into the community grid, thus providing a shared power source for the resort and the local community.

Both the boating and driving school attractions allow young guest the opportunity to pilot their own motorboat and drive their own car. Both attractions also allow these young guests to have fun through the power of the sun, as their vehicles are all solar-powered.

Whenever you need to take a seat or toss away your garbage, you can rest easy knowing that you’ll be able to do so through the ingenuity of recycling. All of the parks countless benches and waste containers are made from 97 percent recycled content from plastic. The benches themselves are each made from the equivalent of 600 recycled plastic jugs.

When you have to toss something away, you always have the choice of tossing your garbage in a container either for waste or recycled plastic. Through its recycling program, the park maintains 24 recycling streams to help reduce its overall waste, Velez said.

There’s water, water everywhere in the resort, especially at the water park, and yet there’s always a drop to spare. LEGOLAND ensures that their guests have plenty of wet, watery fun while also conserving the water that they have through conservation. Last year, they saved 37 million gallons of water through key projects that enhanced our infrastructure to our guests while providing a return with conserving water, Velez said.

The resort also ensures that the energy used to power their many attractions is utilized efficiently through energy conservation efforts. Last year, they were able to save over 203 kilowatt hours through such conservation efforts, Velez further elucidated.

Since opening in 1936, the botanical gardens at Cypress Gardens has showcased the natural yet cultivated beauty of Florida with both native plants such as azaleas and camellias and exotic plants, including a Banyan tree that was planted as a seedling when the park first opened.

In 2003, the historic gardens were officially protected through The Trust for Public Land, a national conservation organization. Since 2011, LEGOLAND has continued the preservation and conservation of this park, allowing guests to appreciate Florida’s natural landscape with a closer look.

Over the last couple of years, LEGOLAND has been engaging in the local community through various outreaches, including community cleanups within the City of Winter Haven. Last year, they partnered with Sea Life Orlando with a cleanup event hosted through Keep Brevard County Beautiful. During that time, they also visited over five local schools in Polk County, aiding and inspiring over 500 students by teaching them about sustainability and renewable energy. 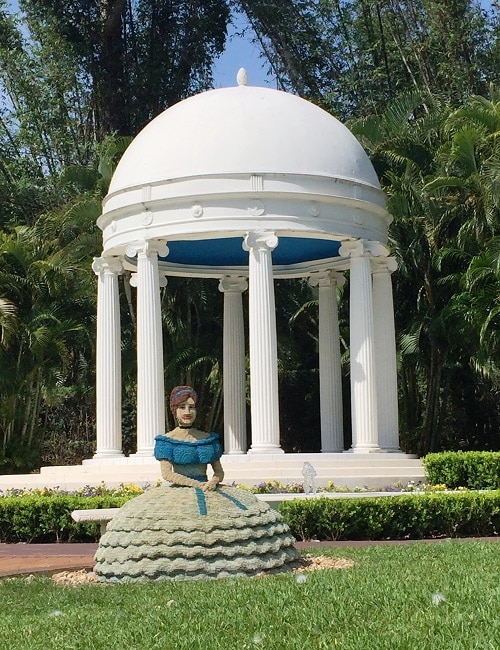 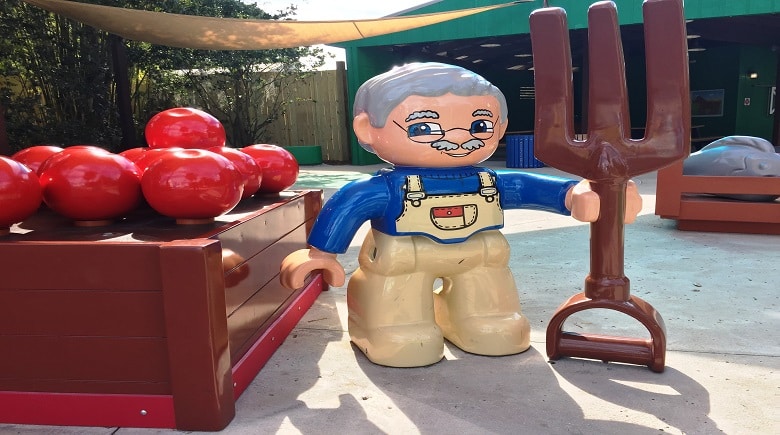