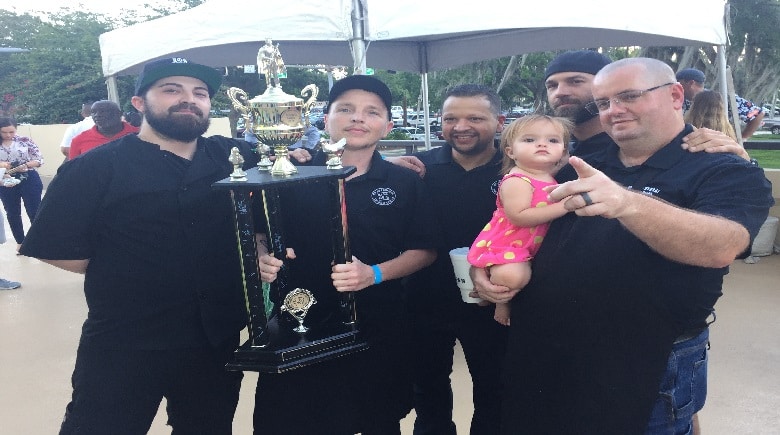 When Mark Burton, General Manager of MOJO Federal Swine & Spirits in Lakeland, and his staff attended the 20th Annual Citizens Bank & Trust Luau Business After Hours last Thursday evening, they did so with the intent of showing everyone there that they had the best wings in town.

Not only did they succeed in doing just that, but they went above and beyond by winning Judge’s Choice for the best wings, allowing their team to be named the “King of Wings.”

MOJO Federal managed to grab this most illustrious title from the 11 other major competitors that evening, as they served their famous barbecue smoked wings. 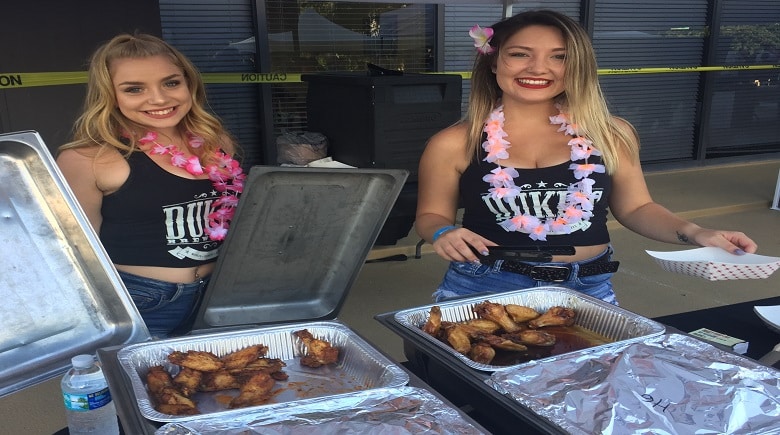 Burton, of course, attributes their success that evening to the dedication of his staff. Without them, he wouldn’t be able to serve such great food from his own great resturant, he said.

“It feels very good winning this year,” he said, owing his victory to “everybody that works for us and works hard to do what we do.”

MOJO Federal was one of two teams that received recognition at the annual wing competition hosted by Citizens Bank & Trust and the Lakeland Chamber. The competition conferred two awards that evening: Judge’s Choice and People’s Choice. 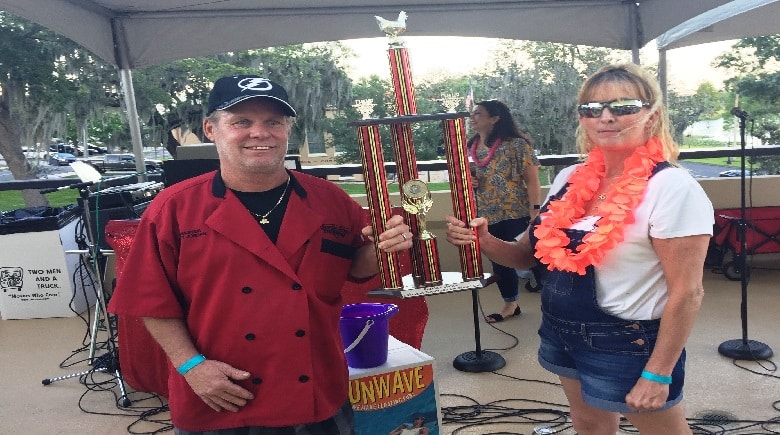 The People’s Choice was conferred to Smokin’ Aces BBQ & Steakhouse in Plant City, led by the local eatery’s Chief Pit Master, Robert Jordan. Their team was able to gain the popular vote from attendees by serving their red chili and smokin’ barbecue wings. This was the fifth time that Smokin Aces participated in the annual event, and the third time that their team won people’s choice, Jordan said. As proud members of the local chamber, Jordan and his team love being able to attend the event for the local camraderie with fellow business owners.

“Everybody was really pleased with it,” he said. “[We appreciate] the networking of businesses and being able to support our resturant.” 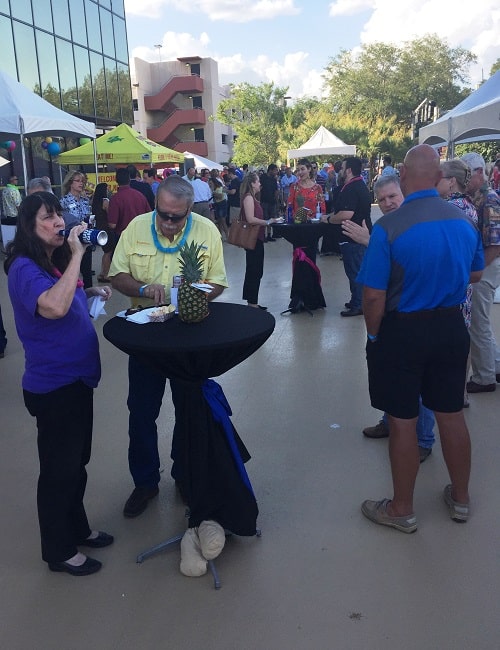 For the past 20 years, the Annual Citizens Bank & Trust Luau Business After Hours has been hosted to bring together local business owners for a night of great food and even greater company on the outer deck of the downtown bank. 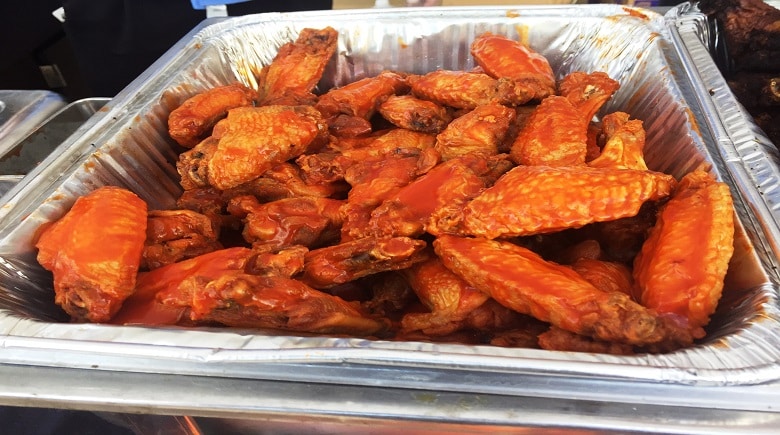 This year drew in 11 major wing competitors for the wings competition, with a few other vendors participating to offer free food samples. Participants that evening include more than two dozen local eateries including Duke’s Brewhouse, Ovation Bar And Grill, and Wingstop.

“Really having the support of the Lakeland business community has really driven this,” said Tora Miller, Director of Marketing & Communications from the Lakeland Chamber. “This event was really, we couldn’t have done this without the support of all our members who came out and either competing in the wing contest, having the food, or just coming out and supporting us.”

Each and every year since its inception has seen the annual grow bigger and better, with a greater turnout from local businesses and residents. Hopefully, the turnout will only continue to grow in the near future, Miller said.

“We hope to do this next year and improve on everything, it is a great event, but we are always looking to improve, so it’s even going to be better next year,” she said. 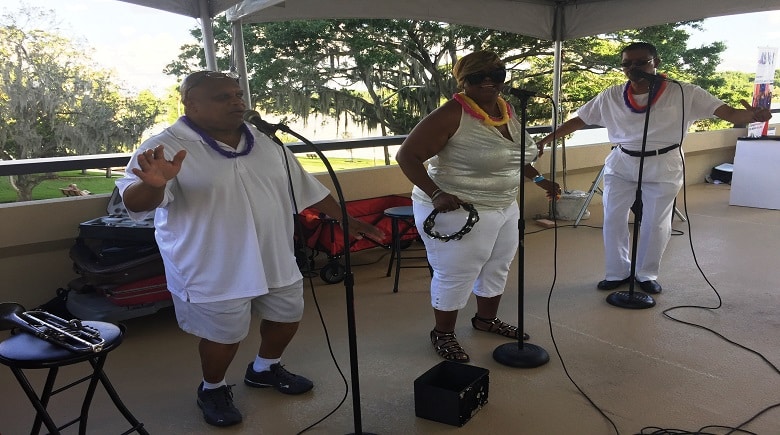 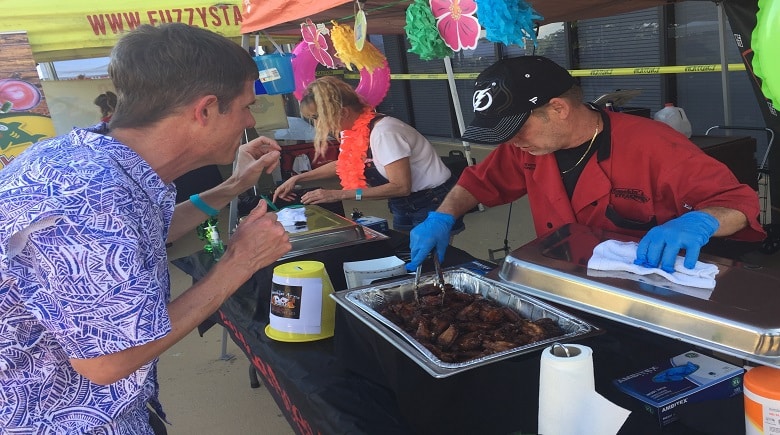