Blake McKinney, a Winter Haven local, has been frequenting Duke’s Brewhouse ever since it opened nearly five months ago.

McKinney loves the chicken wings, especially the hots wings. So when he learned that the eatery was hosting a wing eating contest, he was all over it like hot sauce on a wing.

He was one of six other contestants who arrived on Sunday afternoon to sink their teeth into as many wings as they could stomach.

Within half an hour, they were each served baskets of ten wings at time, with the overall goal being to eat as many baskets of wings as they could within that time. 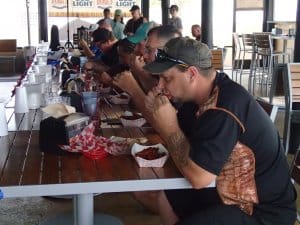 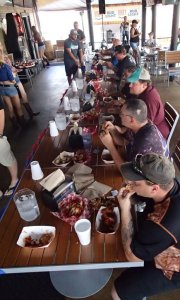 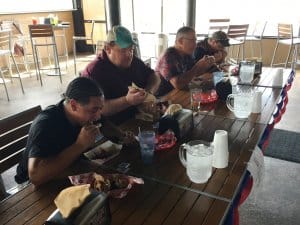 Further raising the stakes of this challenge were that these wings were doused in nuclear hot sauce, one of the hottest sauces served there. So if their full stomachs didn’t stop them, their burning mouths most likely would.

Nevertheless, McKinney pushed forward, and managed to eat four and a half baskets of wings, or 45 wings in total, more than any of the other contestants there. 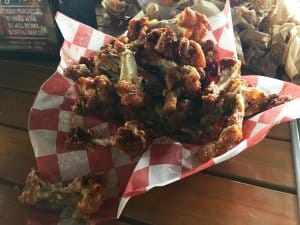 For his proud accomplishment, he won a gift basket which included a $100 gift card, t-shirt, and a certificate declaring him the “King of Wings.” 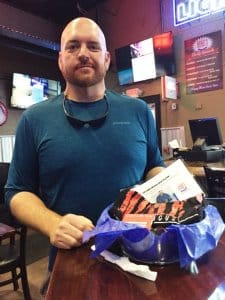 McKinney owes his success to eating nothing that morning, though he had a decent dinner the previous evening.

Overall, even if he didn’t win, he most certainly would have loved the experience either way, especially because he loves the food and atmosphere of Duke’s Brewhouse.

Duke’s Brewhouse opened its Winter Haven location nearly five months ago, with two other locations having been in operation in Lakeland and Plant City.

Their most popular items are their chicken wings, served either traditional or boneless, blackened, fried, or grilled, and prepared in a unique spinning technique with a diverse selection of wing sauces ranging from mild to nuclear, and including unique flavors such as Garlic Buffalo, Carolina Gold BBQ, or Boom Boom Sauce.

Also popular are their other menu items, including their locally-brewed craft beer, soups, salads, sandwiches, and appetizers.

“I say we have the biggest and best [wings],” said Chris Stovall, General Manager. “They taste the best.”

Stovall often hosts events such as this as a way to spur community involvement. He was especially pleased by the turnout, as well as the overall excitement and enjoyment of everyone involved.

“We wanted to see a little bit of the community come out and try some things,” he said. “That is why we threw the event, to get love and support from the community and to show people here what we have got. I believe we have the best wings around.”

Every Sunday from 2 p.m. to 6 p.m., their Winter Haven and Lakeland locations offer live music. And if you feel like eating as many wings as you can, visit them every Wednesday for All You-Can-Eat Boneless Wings for only $11.95! 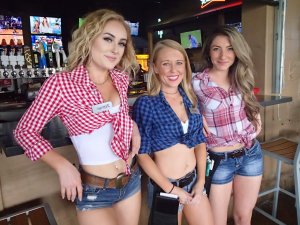 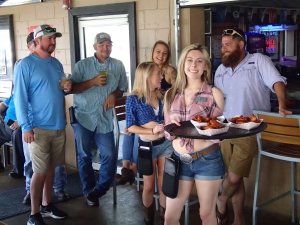