On Tuesday, April 2, 2019 at 12:11 pm, a 1978 Beachcraft Barron twin-engine experienced difficulty while attempting to land at the Sun ‘n Fun Air Show. The airplane’s nose gear collapsed, causing it to skid down Runway 27R to a stop. Onboard the plane was pilot, John Quinlan, age 72 of Claxon, Georgia and his wife Kathryn. Both occupants were not injured. 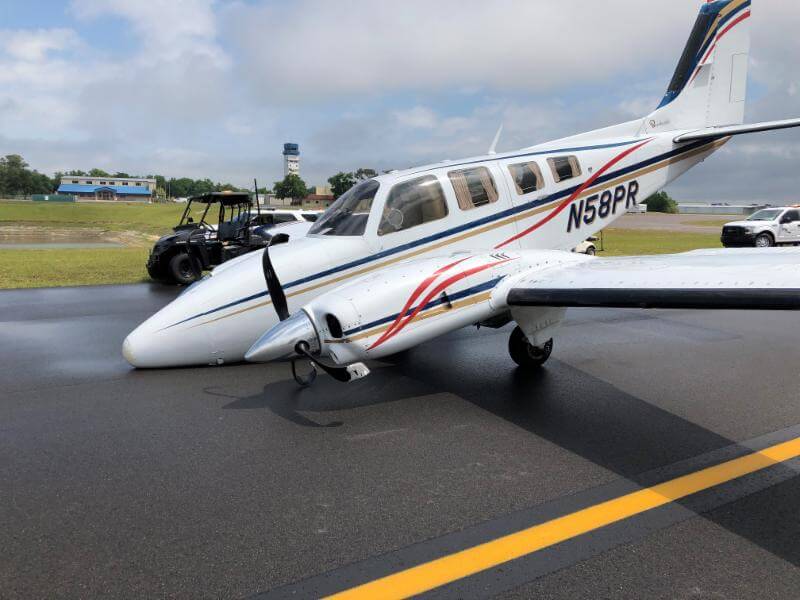